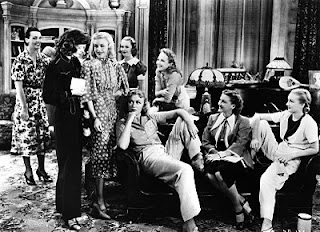 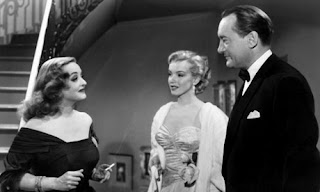 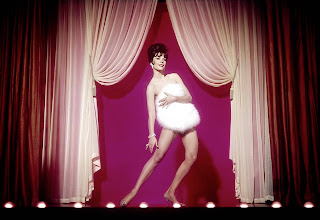 LIFE UPON THE WICKED STAGE
by Douglas Messerli

Many cultures throughout the centuries have represented acting as a “wicked” or “evil” activity—particularly for women. Although the Japanese Kabuki of the early 15th century began with a woman performer, Okuni, Wakashu (boys’) Kabuki soon replaced women on the stage, and after 1629 women were banned. In the West it was not until the 17th century theater in Venice that women were allowed to perform. And only in the 19th century Victorian theater did women such as Ellen Terry and Sarah Bernhardt became “leading ladies,” earning enough money from their craft to survive. Accordingly, one should hardly be surprised to find that the American representation of actresses has been a fairly lurid affair throughout the 20th century. Particularly if one is guided by the numerous American plays, musicals, and films about women actors—most notably throughout the 1950s and early 1960s—becoming a “star” clearly entails a great deal of suffering and loss.

As early as the 1927 musical Show Boat, audiences are told—to the chorus’s cries of incredulity—that life “upon the wicked stage,” despite its evil reputation, is actually boring, hard work, and sexually “pure.” Obviously, the audience has its doubts, and the moment Magnolia confesses how she would love to perform on her family’s show boat stage, their beliefs are confirmed. Things immediately begin to go badly. The lead actress, Julie LaVerne, revealed as having black blood, is through miscegenation laws banned from performing. Magnolia and the man with whom she has just fallen in love, Gaylord Ravenal, quickly replace their friends on stage, and, before audiences can even assimilate the news, are unhappily married. Ravenal, it is soon revealed, is a gambler, and as his debts climb, his self-worth leads him to spend less and less time with his new wife and (unknown to him) soon-to-be mother, until, ultimately, he deserts her.

Magnolia must now return to the stage—this time at the Trocadero where Julie, unknown to her old friend, is now the star singer. Upon discovering Noli’s condition and her application as singer, she gives up her job so that Magnolia can be hired. Fortunately, Magnolia’s father, Cap’n Andy, has decided to take in a show at the very same Trocadero, and upon discovering his beloved daughter, takes her back to the open arms of family life—including, ultimately, a repentant Gaylord.

This musical ends “happily,” if family values are at the center of your agenda. Women who remain on the stage, contrarily, are apparently doomed to unhappiness, to failure in marriage and loneliness. It is interesting that in Edna Ferber’s original novel of 1926, Magnolia and Gaylord’s reunion is centered upon a performance of their daughter Kim, who, achieving international stardom, has continued in her mother’s footsteps in the theater. Unlike the 1951 movie version, a successful career in the theater joyously takes a backseat to love.

Anyone who has seen Funny Girl (1964) will easily recognize that Show Boat’s story bears a close resemblance to that of Fanny Brice’s life. Like the innocent Magnolia’s infatuation with well-bred and sophisticated Gaylord Ravenal, Fanny falls in love with the stiff white shirt of charming Nick Arnstein almost the moment she begins to perform in Keeney’s theater. Although the marriage occurs a few years later as opposed to Noli’s and Gaylord’s seemingly overnight affair, the same series of events follows. While Fanny grows more and more successful, her gambler husband falls further and further into debt. Six years and two children after their marriage, Arnstein is charged with bond theft, and despite Fanny’s support of his legal defense, is imprisoned. Released in 1927, Arnstein does not return to his awaiting wife, and the couple ultimately divorce.

The musical somewhat faithfully recounts this series of events, ending in the “tragic” failure of Fanny’s life, as opposed to the real-life continued success. Granted, a later chapter of her life and marriage to Broadway producer Billy Rose was presented in Funny Lady of 1975, but the superior and more widely recognized work, structurally and mythologically speaking, only reconfirms American views of the stage as a home wrecker.

The stage, as we all know, does not just destroy the love-life of its performers. In order to reach their goal of stardom, the performers must generally undergo a series of horrible tortures. In the musical Gypsy (1959), Arthur Laurents, lyricist Stephen Sondheim and composer Jule Styne recount the story of not one, but three destroyed lives due to the lure of a stage career. The monstrous, but talented stage mother Rose Thompson-Hovick is determined to take her daughter, “Baby June” (June Havoc in later life), straight to fame. But as she grows up, Havoc and the lesser-talented Rose Louise are disenchanted with their stage careers and, more importantly, nearly smothered by their mother’s ambitions for them.

I saw the 1973 production of Gypsy starring Angela Lansbury, who was excellent, but far less terrifying, I am sure, than the outsized and bigger-than-life Ethel Merman (or the slightly manic movie performance, for that matter, of Rosalind Russell). Even loveable Bette Midler’s 1993 television performance, however, particularly in her rendition of “Everything’s Coming Up Roses,” revealed how frightening it must have been to be the offspring of such an overpowering monster as Mama Rose. Baby June escapes the woman’s clutches, while Rose Louise attempts to replace her, both in her mother’s affections and in the few gigs the family can find. Left with only burlesque venues, her mother encourages Rose to replace a stripper, and history is made as Gypsy Rose Lee is born. The musical ends with Gypsy’s success, but in the mother’s now-bitter resentment of her daughter, she reveals great truths about the “star.” Her supposed intellectual prowess—satirized by Vivienne Segal’s (and, later, Elaine Stritch’s) intellectual recitations while performing a striptease in Pal Joey’s “Zip”—was a cover for a lonely girl who’d been so abused that she could not even recognize—or accept—her devolution.

This is an instance, however, where—despite the recurrent theme of the dangers of the wicked stage—the real life of the figure was worse than the theatrical presentation. Both June Havoc—later a successful stage and film actress (who performed in the original production of Pal Joey)—and Gypsy were plagued throughout later years by their mother’s demands for money. The mother, who opened a lesbian boardinghouse in New York City, ultimately killed her own lover after he had made a pass for Gypsy. On her deathbed, the mother continued to abuse her daughter with threats of pulling her into the grave with her.

Actresses also rise in their careers by destroying others in the 1936 play, George S. Kaufman and Edna Ferber’s Stage Door, remade into a movie the following year. In this work the well-bred and obviously wealthy Terry Randall (Margaret Sullavan in the play and Katherine Hepburn in the movie) is willing to give up her old life for the theater, but having more ambition than perception, metaphorically speaking, she kills the long-suffering and starving Kay Hamilton, who dies the very night Terry is set to play the role for which Kay was the perfect actress! The witty dialogue of Ginger Rogers, Lucille Ball, and Eve Arden in the movie makes it quite clear that, given their aspirations, their Footlights Club accommodations is a bit like being incarcerated in the women’s ward of the city jail. It’s definitely not a place for a woman with any self-respect.

The motion picture All About Eve (1950) has little to say about Eve Harrington (played by Anne Baxter) and a great deal to say about becoming a star. For if Eve victimizes the current star, brilliantly played by Bette Davis as Margo Channing, she too is victimized by critic Addison DeWitt and, at the end, by a young would-be successor to her. Channing may be betrayed by friends such as Karen Richards (Celeste Holm) and playwright Bill Sampson, but her vitriolic attacks on enemies and friends alike is so powerful that one has difficulty feeling pity for her. In this world, actresses not only step over each other’s bodies, they stab and maim them on their way down. By movie’s end, bodies are strewn about the aging actress Margo. Wicked is not a strong enough word for the theater-world this work portrays.

Similarly, in A Star Is Born (1954), Vicki Lester (Judy Garland) rises to fame only through the destruction of husband and former “star” Norman Maine (James Mason). But this time it all ends in no metaphorical downfall, but in his actual death, through suicide. Garland’s own life, obviously, might have been the subject of a movie with similar themes. While we are speaking of film actors, moreover, one cannot forget the incomparable Norma Desmond of Billy Wilder’s Sunset Boulevard of 1950, whose aging and inability to keep up with the times lead not just to the end of her acting career, but to utter madness!

There have been, of course, numerous bio-films in which actors have lived somewhat more normal lives (one thinks, for example, of Yankee Doodle Dandy [1942], the story of George Cohan), but by and large, Broadway theater and Hollywood films have been determined to present life upon the wicked stage for women as totally destructive. Destroying their men and all possibility of love, these women go on to destroy one another, to empty their lives of all meaning and possibility of significance. From there it is only a logical step to madness and death.

Given this panoply of warnings, the facts of Marilyn Monroe’s tragic life and death (which Paddy Chayefsky fictionally represented in another “wicked stage” movie, The Goddess of 1958) seem almost inevitable.