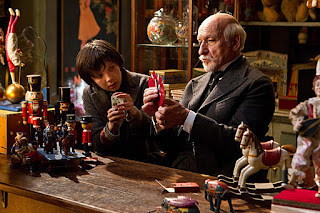 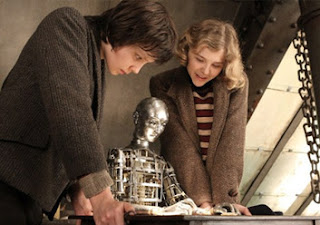 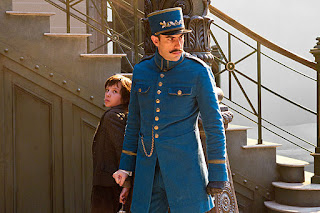 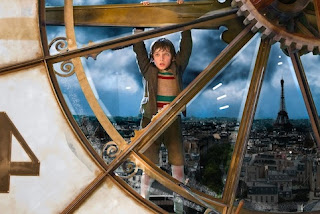 
The story's ending is truly a kind celebration of all that has come before, as Méliès is inducted into the French Film Society which, after having tracked down and reclaimed 180 of his films, presents a retrospective, the family and Hugo in attendance.
So has the film successfully embedded a real story—almost everything about Méliès is true—within a fable. But I must admit, although I love Méliès' magical art, in this case I prefer the magic of the fable!
*Although Méliès did experiment with automata, the one used in this film, I have read, is a kind of hybrid of two famous automata by the Swiss-born clockmaker, Pierre Jacquet-Droz.

Posted by greenintegerblog at 9:10 AM