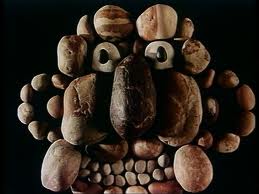 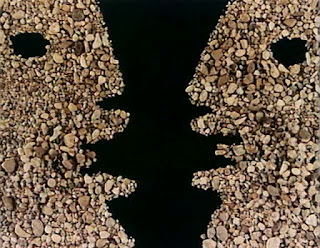 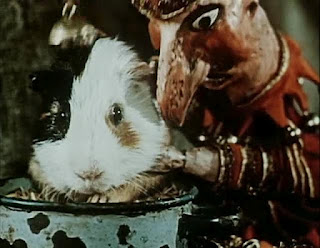 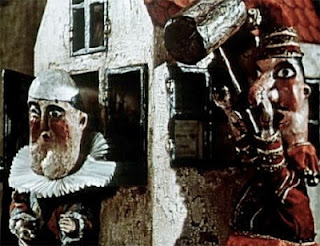 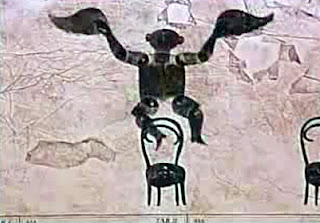 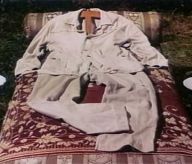 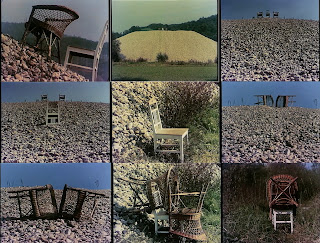 
Prague-born filmmaker Jan vankmajer, who describes himself as a Surrealist, has been a major influence on animators as varied as Terry Gilliam, the Brothers Quay, and Tim Burton. Although in more recent years, Švankmajer has made primarily full-length feature films, his earliest works, and some of his most innovative work, was done is shorts, five of which I write about below.


1965's A Game with Stones features a strange clock, underneath which sits a kind of bucket into which, when the clock strikes at the quarter hours, various amounts of stones plop out of an attached faucet-like tube and into the bucket. While in the bucket the stones take on various patterns, sometimes abstract, at other times positioning themselves in anthropomorphic images; the stones break into small pebbles or fracture, swallowing each other up. After each "game" or what I might describe as a "dance of stones," the bucket dutifully pours the contents unto the floor below, but by the last series of outpouring rocks, the very weight of the stones has caused the bucket to give way, forcing the final stones through its ruptured bottom to fall directly onto the floor. In this early work, we see images that will appear again and again in Švankmajer's shorts, as natural images turn into human-like figures or themselves become forces which are threatening. There is something menacing about these stones throughout, a fear of their very animation and ability to move into abstract and identifiable images.


One of the very best of Švankamjer's early films in Punch and Judy which combines puppetry with automatons filled with mechanical gears and a live hamster. The effect is quite surreal as the camera shifts from the robotized motions of the automaton to the repetitive strokings of the hamster and on to the jackhammer attacks of hammers upon the Punch and Judy figures. Combining these with small sets, houses whose inside walls are covered with intriguing collages, and the very decaying and peeling paint of the puppets, the director evokes an eerie sense of the inevitable death of both characters (they bury one another several times) as, finally, they slip from the puppeteers hands at the end of this moving cinema. By combining these stylized figures with a real, living, breathing animal, Švankmajer creates an even deeper sense of the divisions between life and death, play and reality, and violence and love. It is a beautiful short film, worth viewing again and again.


Et Cetera, just as its titles suggests, is almost an afterthought, a short piece that breaks into two equal parts connected with images of embroidered letters, much in the style of Gilliam's later Monty Python interludes. The first concerns an Icarus-like figure who is determined to fly, using larger and larger wings each time as he moves from a chair to floor, the next time a bit further, and, finally, flying away and back again. The second half of this short involves an animal trainer, whipping his beast into complex movements, with a sudden switch of the beast obtaining the whip to which the animal trainer jumps and leaps. Another switch completes their saga.


In both of these parts, animal and man become interchangeable or, at least, interconnected. As in Game with Stones nature overtakes the human even as the human attempts to use nature for his own purposes.


My favorite of these early shorts is the ghoulish Picnic with Weissmann. In a lovely meadow we observe several chairs, a closed cabinet, a chaise lounge upon which lay a male costume—shirt and pants—a phonograph playing romantic German songs, and other objects, all which seem to have a life of their own. As the afternoon wears down, the chairs move together, tumbling down a long, rock-strewn hill, the records roll away from the phonograph to be replaced by others, and the pants and shirt eat olives, carefully dropping their pits through the sleeve of the shirt into a nearby bowl stationed on a small side table. All of these inanimate objects come so thoroughly to life are quite disconcerting, but the most menacing image of the film is a small trowel that emerges from the nearby cabinet, which throughout the pleasantly playful afternoon digs what appears to be a grave. The songs continue, a breeze comes out, the trees shiver, their leaves falling into large piles covering over several of the objects. The trowel completes digging out the grave. Suddenly the doors of the white cabinet open, where, within, we see a man dressed only in his underwear, bound. His body falls from the cabinet directly into the grave.


If in the earlier Švankmajer films inanimate objects and nature seemed only slightly threatening, here they become deadly, having overtaken their human counterpart, now freed to celebrate, they take the afternoon in the sun that Weissmann, so it appears, had planned for himself.


Following in that vein, A Quiet Week in the House (also called The Flat) concerns a young man literally directed by arrows to a room where he is tortured by all sorts of inanimate objects, including a typewriter, various dishes of food, and other household standards. All his attempts at human activity, in short, are foiled as he endeavors to create, eat, and, finally, sleep—the bed itself dissolving into the down of its pillows and coverlet and shavings of wood. Even an attempt to peer through a window ends up with a seemingly divine punch in the face.


An older man appears with a chicken and hatchet, clearly expecting the young man to decapitate the fowl.. When the young man refuses, he hands him the hatchet which the young man uses to break down what appears to be a door. Behind it is only a wall where numerous others, obviously trapped in the same situation as our young hero, have created a graffiti of names and dates. Bending down with a provided pencil, the young man adds his name to the others that came before him.