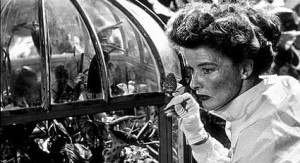 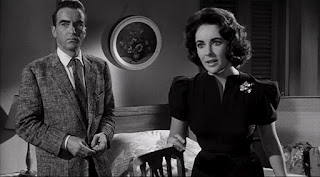 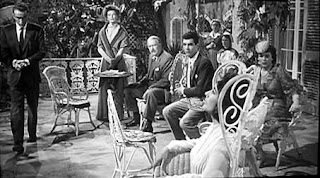 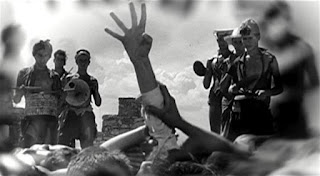 
There's a wonderful moment in Willard Carroll's excellent film comedy, Playing by Heart, when an acting teacher responds to yet another rendition of Catherine's monologue in Suddenly, Last Summer: "If one more actress saunters into this class and recites Catherine's 'Native boys ate Sebastian' speech, I am going to puke." Angelia Jolie, playing Joan, who is about to do precisely that, escapes from the room in horror. 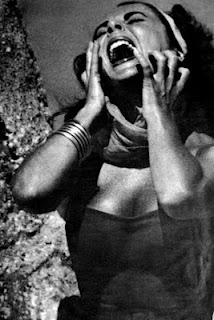 I kept thinking of that line throughout my revisit to the Joseph L. Mankiewicz version of Suddenly, Last Summer yesterday. But I was having too much fun to feel any gastrointestinal disorders. For, beyond the absurdity of William's "poetic" play, the film version is simply a hoot. I can well understand why Williams—despite penning, with Gore Vidal, the screenplay—utterly denied any involvement with this fiasco, describing the work, like the teacher in Carroll's film, as something that "made [him] throw up." Yet, for all that, Suddenly, Last Summer is quite in keeping with, and is perhaps the best example of, his perverse comedies, even if the perversities of this film were not the same of the original.


mean, how often can you get to see Katherine Hepburn, Elizabeth Taylor, Montgomery Clift, and Mercedes McCambridge play over-the-top versions of themselves? Hepburn is particularly effective as the slightly mad—by film's end, thoroughly mad—Violet Venable. Descending, via open elevator, onto the set, she begins her conversation before she can even be seen, and exiting her throne, dives in to a dithering performance wrapped up in her most New Englandy hauteur, endlessly repeating herself just to hear the intonations, apparently, of her melodramatic reading of the text:

With "A is B because B is A" logic, Mrs. Veneable sweeps across rooms, sits, stands, sweeps again, and pulls Dr. Cukrowicz (the forlorn, slightly drugged out Montgomery Clift) into her primordial garden where, in perfect gothic comedic form, she feeds flies to her Venus Fly Trap. No drag queen could play her better!


Recovering from his 1956 car crash, Montgomery Clift, with a now grimacing, reconstructed face—and who, in reality was now reliant on drugs and alcohol—stumbles through his role with an over-serious demeanor that often makes us wonder whether he has lost his way into an earlier film such as A Place in the Sun or I Confess. The long scenes were so exhausting for him that the director had to cut after every couple of shots before moving on. But then, any viewer might share the same experience in this monologue-driven frenzy. I had seen the film, fortunately, several times earlier, so it did not destroy my comprehension to break up the long retellings of past history on which this film depends in order to give myself short breaks.


Dr. Curkowicz, as performed by Clift, is so dense-headed ("What do you mean, by 'using people?' What do you mean by 'bait?'") that one wonders whether, by film's end, if he has really put together the facts that Sebastian is a gay man who has used his cousin Catherine and before that, his own mother, as a decoy to attract young men. It is almost as if the doctor himself had undergone one of his own lobotomies.


A few years earlier, of course, Clift might well have played the beautiful Sebastian, whose face we never see in Mankiewicz's movie. No wonder, perhaps, that Mrs. Veneable confuses him with her son at film's end. So badly treated was Clift by director and producer, rumor has it, that once she had spoken her last line and was assured her services were no longer needed, Hepburn spit into Mankiewicz's face!


Mercedes McCambridge gets to play the greedy, empty-minded Mrs. Grace Holly, pouring southern syrup upon her gravel-throated voice in a way that she had last attained in 1954's Johnny Guitar. In this film she is a delight as a clumsy-footed loon told by son, daughter, and doctor over and over again to "shut up."


And Elizabeth Taylor—well she's allowed to be Elizabeth Taylor at her very best and howling worst. The long last monologue in which she tells the story of how the Mexican boys gathered around Sebastian to play on instruments constructed out of tin cans and other metals before chasing him through the streets and attacking him to devour his body, is perhaps one of the most absurd monologues of all time. And the visual accompaniment to her tale, in its menacing depiction of, as Vidal described it, "overweight ushers from the Roxy Theater on Fire Island pretending to be small ravenous boys," is so ludicrous it makes one cringe.  Is it any wonder that Mrs. Venable wants Catherine's "obscene babbling" to be "cut out of her brain" and nearly all others think she is mad? To give her credit, Taylor whips herself up in a proper frenzy through method acting (evidently she focused on the death of her former husband, Michael Todd), screeching out the final horrific memories she has sublimated for so long. Her performance is also "over-the-top," but one can forgive her that since the story itself is like something from outer-space, all heated up in the white Cabeza de Lobo sun. The understated reaction by the venal hospital administrator to her hysterical-laden history reaches the heights, almost, of camp: "There's every possibility that the girl's story is true!"


In a strange way, however, Williams' story was on target, for certainly he had chosen the right metaphor for the consumerism in which Sebastien and his partners engaged. Using a kind of switch-and-bait "come on" to attract "customers," the beautiful man in white paid boys for the use of their bodies; their decision, accordingly, to pay him back by fully consuming him might even be described as a literalizing of what he sought. For isn't capitalism, by nature, a kind of cannibalistic act?