Paul Bartel | Scenes from the Class Struggle in Beverly Hills

Bruce Wagner (screenplay, based on a story by Paul Bartel and Bruce Wagner), Paul Bartel (director) Scenes from the Class Struggle in Beverly Hills / 1989


Bartel’s dark and witty comedy of 1989 begins with a huge orange tent being draped over what is supposed to be a Beverly Hills house. Anyone living in Los Angeles would recognize immediately that the house was being fumigated and the home shown is not at all in Beverly Hills but in the swankier Hancock Park section of the city, where the houses are more palatial than in the wealthy city to its west.

Two misnomers of this film’s title, accordingly, are, at least I interpret it, no real class struggle occurs, both servants and masters being readily willing to crawl into each other’s bed and, at least in one case, to form a “lasting” relationship, and, even were to have been a “struggle,” it has not occurred in Beverly Hills! 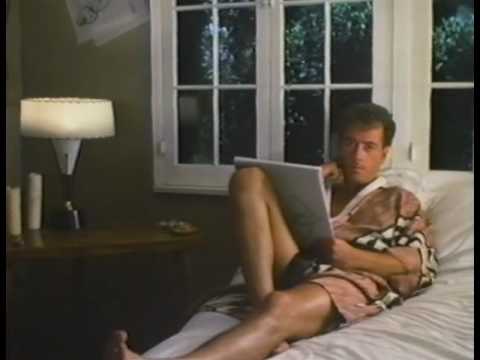 A bit like a more frenzied Smiles of a Summer Night, Bartel’s lusty work entertains with the naughty comings and goings of these confused misfits, whose bizarre couplings are revealed at brunch in front of a shocked and terrified young woman reporter, interviewing Clare about her attempt at a comeback as a television actress. In a sense, each of the film’s figures are seeking a sort of comeback, a new yet familiar direction or audience in which to channel their loves.


Near film’s end Lisabeth pairs up with Juan, but not before Juan, claiming to lose his bet to Frank due his macho protection of Lisabeth’s virtue, joins Frank in a homosexual coupling; Clare, determined to finally devote some time to herself, leaves her son in the protection of the quite mad (Juan insists that she is burned-out as a housekeeper) Rosa; Zandra takes off with the slimy Doctor to the depths of Africa to help with his “hunger project” (he warns her they will have to share a tent); To-Bel returns to her former gynecologist lover, Howard; and Frank, presumably, will continue to bugger everyone in sight. Only the self-enchanted playwright Peter is left in the lurch—but then, there’s always Frank! 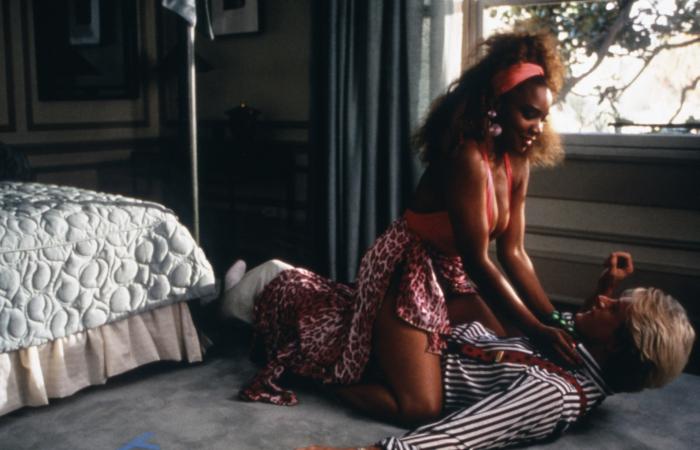 True to the model of what have been calling the Los Angeles sub-genre of film, almost everyone in this work, except Clare, are outsiders—all attempting to find a new home and relationship. Although, at film’s end, only Willie, Rosa and Frank stay in Los Angeles, the others will surely take Los Angeles on their diaspora. And all, except perhaps for Peter, the outsider who does not find a place for his heart, are certain to return to the city where such misbehaving folk are most at home.

Watching Scenes from the Class Struggle in Beverly Hills again the other evening, I almost felt like it was old home week, for I have make the acquaintances of four of the actors in this film. I have known Mary Woronov now for several years, both as an artist and an actress who gained early fame for her acting in several Andy Warhol films. She was also a colleague of mine at Otis College of Art + Design.


In the early years after moving to Los Angeles, I used to stop by a restaurant-bar across the street from our condominium on my way home, a place frequented by former LAMA Photography curator Robert Sobieszek, who often shared a table with Paul Bartel and filmmakers and writers, all attended by then restaurant manager and later art gallerist Sara Lee, who married Robert.


I met and spoke to Wallace Shawn for a long while after one of his plays was produced in Los Angeles at the Museum of Contemporary Art, talking, in particular, about the possibility of publishing one of his plays on my Sun & Moon Press.


Moreover, several years ago, when I was attempting to put together a book on film by writers and filmmakers, a friend took me to visit director Paul Muzursky, with whom I had a long and pleasant conversation about his films and those of others.
Posted by greenintegerblog at 8:17 AM