Les Dames du Bois de Boulogne (The Ladies of the Bois de Boulogne), is a wonderful Robert Bresson film that doesn’t seem at all like a Bresson film. In his second feature Bresson—although he had remarkable cinematic abilities—still did not quite understand, it is apparent, precisely who he was. The film, a highly melodramatic work, with a truly literary text by Jean Cocteau, starred the great María Casares and the noted actor Paul Bernard (unlike the remainder of Bresson films which used unknowns as actors), performing—both of them in their high dramatic extravagance—in a text based on an incident in Denis Diderot masterwork, Jacques le fataliste. 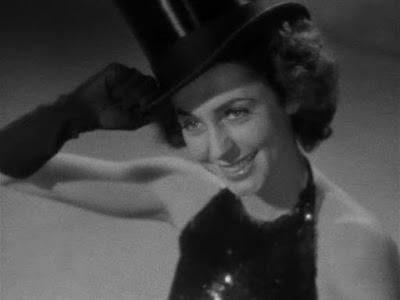 Hélène (the wealthy and vengeful Casares) and Jean (the weak, but sophisticated Bernard) have joined themselves in a marriage of the mind, a commitment to each other that still permits them other dalliances, but is based, so she supposes, on a sincere promise of faithfulness. A late night concert with another male friend reveals to Hélène that her relationship with Jean is not necessarily what she perceives it. As her friend observes, “There is no such thing as love, only proofs of love,” of which Hélène has little evidence. Encountering her “lover” after the event, she tests him, suggesting that, despite their pledge of love, her feelings have grown cooler, to which Jean almost leaps into agreement, declaring that his own feelings are quite similar, asking her for his “freedom”:

I give you back your freedom, and you’ll give me mine!


The scheming Hélène has her answer: her lover is only too eager to leave her, to which she seemingly demurs, planning at that instant her reaction; “I’ll have my revenge!”
That revenge involves a somewhat innocent dancer and her mother, who both once lived near her country estate. Since those apparent halcyon days, mother and daughter have moved to Paris so that Agnès might explore a dancing career. But she is no gifted ballerina, now appearing in a cabaret, singing while accomplishing great cartwheels, and helping to further support her career with paid evenings with her many admirers. In short, she has become a kind of prostitute.


With the cruel sweep of a descending blade, Hélène, presenting herself as a kind of “angel,” inserts herself into the lives of this troubled duo, offering to remove them from their conditions of destitute sexuality, putting them up in a comfortable—if not glamorous—apartment, and warning the mother to help protect her daughter from further moral defilement. The two appreciate the act, and despite the evil intentions of Hélène, she is, in some senses, superficially “honest,” insisting that they remain above and apart of the sexual world they once inhabited, while at the same time arranging a meeting with the daughter and mother with her former lover, Jean, at the Bois de Boulogne.
That meeting has its expected effects, Jean falling deeply in love with whom he perceives as the absolutely innocent young woman, Agnès, who, described by Hélène as “impeccable,” will have nothing to do with him. As he becomes more and more obsessed with the young girl—a theme one might almost imagine in Proust—Hélène increasingly encourages the women, in what seems like concerned familial advice to stay clear of him. Knowing both figures well, however, she perceives the eventual result. Both she and her former lover are obsessed individuals. Giving up just enough information to bring the two together, Hélène determines their ultimate encounter, the mother—in one of many of Cocteau’s brilliant dialogical moments—informing Jean “I can’t ask you in. Come in.”


His entry ultimately results in Agnès’ acceptance of his offer to marry her, despite her suspicions of Hélène’s intentions. She cannot help but be delighted that, given her past, that she might find fulfillment in a relationship with the wealthy and sophisticated Jean.


Of course, Hélène is not yet finished with torture of the figures upon whom she has focused, warning Agnès to say nothing of her previous life until after her marriage, and then, gossiping into her former lover’s ear about Agnès’ at the very moment the ceremony has come to an end. In a grand dramatic gesture, she has invited most of Agnès’ fomer lovers to the affair. Jean, ever the coward, attempts to escape, as Hélène, ever the torturer, entraps him by the placement of her car. Agnès—the weak of heart, and the true “angel” of this piece—faints, having already suggested that she can no longer endure serious physical activity. 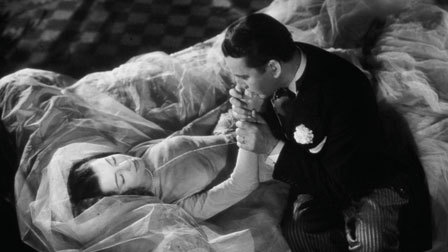 What might convince one that this is indeed a Bresson movie, and not a film by the equally talented Max Ophuls, is revealed, however—once Agnès has fallen into her death faint, with Jean returning, insisting that he still he still loves her, and begging her to come back to life, a faint smile upon her face suggesting that she not only has heard him but will, in fact, survive to rectify and salve the evil intents of Hélène—a true Bresson work, salvation at its center.


What we perceive in this brilliant film is that Bresson was working through a more traditional form in order to determine what he would soon after alter to create an indelible new way of thinking about filmmaking. But even here, in Les Dame du Bois de Boulogne, we recognize him already as a great cinematographer.

Posted by greenintegerblog at 10:12 AM