PEOPLE OF VALUE
by Douglas Messerli

I first saw Jennie Livingston’s amazing film, Paris Is Burning, with my companion Howard Fox, the year of its general release, 1991. I can’t precisely remember all of my feelings about it, but I do recall that I found it rather “freakish.” Why, I must have asked, are all these extreme outsiders—as one of the figure’s father told him, “You have three things going against you: You’re black, a male, and gay. You’re going to have to be particularly tough.”—attempting to emulate white values, the very values that had made their lives so very difficult?
Certainly, even back then, I recognized that in their imitation of those values, in modeling, “voguing,” “passing,” imitating, and exaggerating, they were also reclaiming their own worth against the perceived wealth and privilege of the white world, while at the same time mocking it and transforming it into their own personal worlds. But the tensions between their ideals and their very different life experiences seemed to me so wrought with dilemmas that these individuals, a wide range of straight gay, drag queens, and transgender beings of black and Hispanic Harlem—certainly a revelation to me at the time—were simply not beings I might easily assimilate.
Yet, I know that the film, presumably written by the “hero” of my long fiction, Letters from Hanusse, was influenced by Paris Is Burning conversations with one of the drag queens, Dorian Corey, a wise older performer at the celebratory gay balls which Livingston’s film documents. So this movie must have had a sort visceral effect on me, despite my immediate personal doubts.
Of course, everything has radically changed such 1991, and now such formerly transgressive figures have come out of the shadows, affecting popular music, dance, and even the modeling world to which its characters once aspired.
The movie I saw the other day, 26 years later, is a much more fascinating and emotionally wrenching film than I might have recognized previously. First of all, most of the figures this film engages with—Venus Xtravaganza, Paris Duprée,  Pepper LaBeija,  Willi Ninja, Freddie Pendavis,  Anji Xtravaganza,  Octavia St. Laurent—are now dead. Venus Xtravaganza was murdered and found under a bed in a sleazy hotel room even before the film finished shooting. Numerous others died of AIDS and violent incidences. When Dorian Corey died, they found a mummified male body among her cache of wigs. It now seems almost eerie to listen to these intelligent voices recount their histories and desires, most of whom are ghosts. The dancer Willi Ninja, who introduced the world to “voguing,” died of AIDS-related heart disease in 2008. Only the young Freddie Pendavis, who expressed his doubts about taking “the walk” in the series of annual balls, was left to attend the 25th anniversary screening. 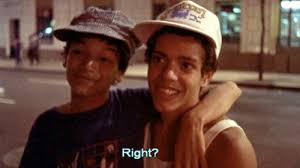 When one perceives, moreover, how these celebratory balls, with their dozens of categories to allow each person of their community to play out their own identities, embraced a large swath of black and Hispanic gay life, does this movie seem so totally life-affirming. And, more importantly, when one recognizes how so many of the “legends” (those who had won a great many past trophies), became fathers and mothers to outrageously named “houses” to younger street youths, many of them kicked out of their own homes, one tears up with great respect for their love and kindness—despite their own private lives of robbery, prostitution, and other nefarious activities. This is a world of several Fagin-like societies who take in the rejected Olivers of the world, and are proud of their so-called parenting. In their day, they served, without any support, the roles of the LGBT community centers that now offer those same services in larger US cities.
As a street smart 13-year old, hanging out with his gay buddy, proclaims: (in my memory of his comments), “Religious people like to hang out and pray together; so gay people like to the hang out together too.”
The most astounding aspect of this film is its simple ability to get onto tape the wise sufferings of some of its characters. Two shall have to stand for the startlingly profound quotes of the film’s most significant characters: 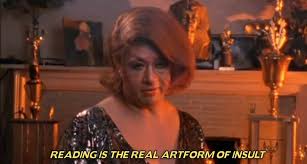 Dorian Corey: I always had hopes of being a big star. But as you get older, you aim a little lower. Everybody wants to make an impression, some mark upon the world. Then you think, you've made a mark on the world if you just get through it, and a few people remember your name. Then you've left a mark. You don't have to bend the whole world. I think it's better to just enjoy it. Pay your dues, and just enjoy it. If you shoot an arrow and it goes real high, hooray for you.

Pepper LaBeija: This is white America. Any other nationality that is not of the white set, knows this and accepts this till the day they die. That is everybody's dream and ambition as a minority—to live and look as well as a white person. It is pictured as being in America. Every media you have; from TV to magazines, to movies, to films... I mean, the biggest thing that minority watches is what? "Dynasty" and "The Colbys". Umm, "All My Children"—the soap operas. Everybody has a million-dollar bracket. When they showing you a commercial from Honey Grahams to Crest, or Lestoil or Pine-sol - everybody's in their own home. The little kids for Fisher Price toys; they're not in no concrete playground. They're riding around the lawn. The pool is in the back. This is white America. And when it comes to the minorities; especially black—we as a people, for the past 400 years—is the greatest example of behavior modification in the history of civilization. We have had everything taken away from us, and yet we have all learned how to survive. That is why, in the ballroom circuit, it is so obvious that if you have captured the great white way of living, or looking, or dressing, or speaking—you is a marvel.

It is so painfully clear that what all of the film’s performers really want their share of the American Dream, without giving up they really are. And their balls, planned, a bit like the Brazilian Madri Gras celebrations, represents their repressed longings. 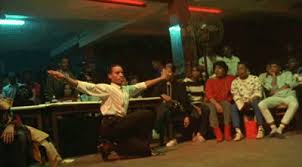 Rejecting their very own rejection by the society at large, these figures take their lives back, not entirely on their own terms, but in ways that show the dominant society around them that they too might live lives of worth and value.
Several of them suggest that, if money were not important, they might be quite happy with their lives and for the things, despite their isolation, they had accomplished. But then, they have to admit, money is very important; and they all desired to have lots of it, just like those white women and men they daily see in magazines and television.
Feminist black critic bell hooks argues that Livingston, a white lesbian, portrayed the grand Harlem gay drag balls as mere “spectacle.” But I strongly disagree. Obviously, at moments, the characters perform quite spectacularly in grand (sometimes stolen) costumes; but, in fact, as many of the participants agree, the day-long events are often long and uneventful, awards being giving out in so many, many categories.
What I see in this almost endless series of struts down the aisles of avid watchers (in a truly small lodge or in borrowed halls) is an attempt of the Harlem gay communities to let everyone, no matter their sexual identities, to express their talents by being just themselves: soldier, butch male, drag queen, transgender women and men, possible business man, handsomely dressed individuals, or just “real” (meaning a wonderful ability to imitate the white world) people. If this is spectacle, it represents the wonder of the human race that lies outside of the closed (and even more closeted) heterosexual perspective of the society as a whole.
Even if I might have not been welcome, now, as an old man, I wish I might have shared these proudly performed events when I lived adjacent to Harlem near Columbia University, in the very year this film was finally released, living so close and yet so very, very far away from the world to which Livingston’s movie allows us entry.

Posted by greenintegerblog at 12:30 PM