standing away and apart
by Douglas Messerli

I first saw the Louis Malle film, Murmur of the Heart, in 1971 when the film original was released and hadn’t seen it since in all these years—despite having watched many another Malle film over the decades. Certainly, I recalled many of its scenes, so it must have had some impact on me. But I have always had mixed feelings of Malle’s works as he consistently plays with intellectual concepts and toys with sexuality and crime. 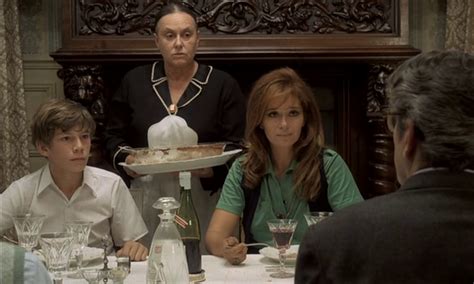 Although his characters are always lovely to watch, and his stories are well constructed, his images quite beautiful, there is something missing in the deep hearts of his art: children are callously abused and can’t basically feel deeply about others (see Pretty Baby, Zazie in the Metro, and Au revoir les enfants) and their parents, most often of the bourgeoisie, are even more removed.

It’s not the incest between the son, Laurent (Benoît Ferreux) and his mother, Clara (Lea Massari) that I find the problem in this film—Clara, at least, deeply loves and protects him—but the sometimes more subtle abuses doled out to the 14-year old by his emotionless gynecologist father, Charles (Daniel Gélin), his two elder brothers, Thomas and Marc (Fabien Ferreux and Marc Winocourt), and the local priest Father Henri (Michael Lonsdale).
And behind some of these abuses is a subtle homophobia. Laurent, it appears, given his subtle romance with another young boy, is being abused for his own good, his brothers trying to wake the wimpish boy’s heterosexuality by introducing him to a prostitute, and Clara, herself, redeeming him and truly introducing him into heterosexuality through her own body. Her insistence that it will not
happen again but that they should look back on it remorse is nothing else but a bit self-serving, reminding me a little of some critics’ response to the father’s last speech to his son in Call Me by Your Name, basically a regret for his own lack of courage to pursue what we presume was a gay relationship. I should add that I don’t agree with these critics on that one.
There are obvious links with Malle’s 1971 film to Truffaut’s The 400 Blows, particularly when early in the film the young Laurent steals a Charlie Parker album; but Laurent, unlike Antoine, is a top student and treated as special. He might almost be the poster child for a “Mamma’s boy.” And the grittier elements of Truffaut’s film are here replaced with hotel luxuriousness. Only well-to-do women, like Clara, might declare how much they love hotels.
The very isolation and protectiveness of hotels, in fact, might be said to color this film, as Laurent basically dodges the bullying pranks of his brothers and somewhat blithely ignores the hand on knee contact of the priest. Laurent is basically an innocent whose innocence itself protects him from the abuses of others. But there is a danger in that isolation as well, the lack of human contact and pain that he might otherwise feel. I know because I was just such a child. To know how not to hurt others you have first to be hurt.
Perhaps it best explains my occasional resistance to Malle’s films by the fact that Murmur of the Heart has been described as semi-autobiographical (the incest being entirely fictional). Malle himself seems always somewhat detached in his movies, humorously observing the impetuous Zazie, and quietly accepting the fact that in Au revoir it is the Jewish boy’s friend who unintentionally betrays him to the French Nazis. 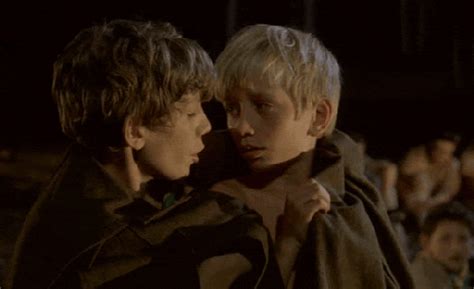 A heart murmur, also described as congestive heart failure, occurs when the pumping action of the heart becomes less and less powerful. When this happens, blood does not move efficiently through the circulatory system and starts to back up, increasing the pressure in the blood vessels and forcing fluid from the blood vessels into body tissues. Symptoms depend on which area of the body is most involved in the reduced pumping action.
Malle himself suffered this as a child, and, I might argue, his films often reveal that precise inability to pump up the action sufficiently that one might truly become engaged with his characters. As it is, they stand away and apart, like the lovely woman Burt Lancaster observes washing her hair through the window each night in Atlantic City or like the “second best” girl with whom Laurent spends the night after his fling with his mother. And whatever happened to that boy with whom Laurent slept at the scout camp? He simply disappears.