Giogos Lanthimos | The Killing of a Sacred Deer

what’s wrong with this picture?
by Douglas Messerli

Like the two previous movies by Greek director Giogos Lanthimos his 2017 film, The Killing of a Sacred Deer is rather quirky work that in its highly fictional elements blends a kind of Kafka-like world with a naturalist presentation. In all three films, despite the impossibilities of the plot, Lanthimos treats them as full realities in which we have no choice, if we are to follow his movies, but to enter; and once we do enter that world we realize despite their lack of credulity, his stories still have deep meaning and connection to our own lives. No, we are not living in separate, imaginary
world such as that the parents create for their children in Dogtooth; nor are we forced into marriages, as in The Lobster, with a danger of transformation into animals if we do not marry. Yet, metaphorically speaking, we are the products of our parental upbringing, which we can all perceive as rather strange at moments; and we are, in our societies, often shoehorned into the marital condition.
Nor are we all punished, as in The Killing of a Sacred Deer, for our major failings in the past, particularly not by being forced into a decision for which our children will be permitted to live or die; yes, we have similar stories throughout literature, including the Biblical tale of Abraham and Isaac (in that instance the child was saved), William Styron’s painful novel (and later movie) Sophie’s Choice, and Euripides’ ancient drama Iphigenia at Aulis, which is referenced in Lanthimos’ film. In that play the Greek warrior Agamemnon is forced to sacrifice his eldest daughter, Iphigenia, in order appease the goddess Artemis who has refused to allow the winds to rise enough so that his fleet might leave its port.
In this case, it is Steven Murphy (Colin Farrell), a successful cardiothoracic surgeon with an almost perfect family—a beautiful wife, Anna (Nicole Kidman), an intelligent older daughter, Kim (Raffey Cassidy), a talented and precocious son, Bob (Sunny Suljic), and lovely home—who is required to make the sacred sacrifice. Although everything may seem perfect in his life and household, we immediately recognize, as critics have pointed out, that something is not quite right. When he has sex with his wife, also a doctor, they play roles, she pretending to be an anesthetized patient so that we might get an erection and, so to speak, rape her. Although Kim is pretty and sweet, they overpraise her singing skills, which, it is clear, are not very impressive. Bobby is praised for playing the piano, although—perhaps fortunately—we never hear him play. Steven may now be a much vaunted surgeon, but in the past, he has evidently had serious drinking problems, one such incident perhaps responsible in a long-ago patient’s death after a car crash.

A bit more troubling is that before the first frame of this film Steven has been regularly meeting with a teenage boy, Martin (Barry Keoghan), giving him money and gifts. Obviously, we can only wonder, at first, why they are meeting, and we are set up to expect that Steven may be a kind of pedophile; certainly, when Steven’s anesthesiologist friend, Matthew (Bill Camp), perceives that his friend has bought the boy an expensive watch (one which Matthew himself previously recommended), he might have come to the same conclusion. Accordingly, despite the picture-perfect vision of Steven’s life, we know there is also something amiss.
The surgeon’s relationship with Martin, Lanthimos gradually reveals, is not an issue of illicit sex but of guilt, for Martin is the son of the man who Steven, ten-years earlier had operated on after drinking. It is this occasion of bad medical practice that clearly haunts our hero, and his friendship with Martin is an attempt to assuage his guilt and to rectify the years the young boy has been fatherless.
But in his bland appreciation of Steven’s good intentions, we realize there is also something strange about Martin. Nonetheless, the surgeon eventually invites the boy to share a dinner with Anna and his children, Kim immediately taking a liking to the polite and seemingly shy boy, despite the fact that he, quite apologetically, has recently taken up smoking. The family has little knowledge of why the boy is in their home, since Steven gives only a vague notion of his interest in the teenager, but all seems to go so nicely that Martin returns the favor, inviting Steven into his own far less well-off home where he lives and seemingly dotes on his mother.
In retrospect, I perceive that his invitation into his home is almost an possible antidote to what later happens, for in many respects, he is inviting the guilt-ridden Steven to actually replace the father he has lost, sharing with him one of his favorite films; Martin’s mother (Alicia Silverstone), in fact, attempts to seduce him, encouraging him to stay, even after Martin has gone to bed, to try her “tart.” It’s quite clear that she would be glad to become his mistress or, if possible, his wife; and perhaps had Steven taken the bait, his own family might have been saved. True to his own wife and family life, however, he hastily departs. 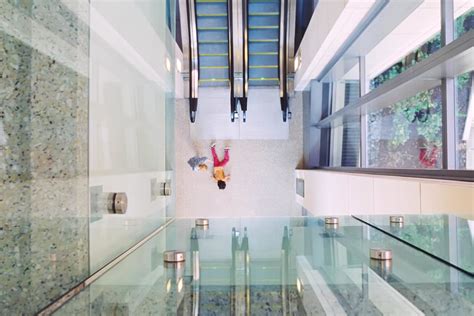 Soon after, Steven’s son Bob finds that he can no longer walk. Rushed to the hospital Bob is found to have no neurological problems, and his parents can only imagine that his inability to walk has been psychosomatic, a diagnosis confirmed, apparently, when the boy eventually regains the use of his legs. Yet, as he leaves the hospital, in a long and quite shockingly-filmed scene, the child descends the escalator with his mother, only to collapse as he comes to street level. He also finds that he wants nothing to eat, and later begins to bleed profusely from his nose.
No sooner after Steven, despite all of his scientific education, begins to perceive that something supernatural is occurring, his daughter also loses the use of her legs and shares the same inability to consume food. The two siblings share the same hospital room, while Murphy revisits Martin’s home, where those within refuse to respond.
Only later does he again meet with Martin, who calmly explains that both children will die if their father does not make a decision to kill one of his beloved offspring as retribution for his acts.
Murphy’s relationship with Anna is also in jeopardy, particularly since he had hidden his connection with Martin and she discovers, through Matthew, that Murphy had drunk during the morning of operating on Martin’s father.
Critic Brian Tellerico argues that the situation is one of a kind of “god and devil” playing out their destinies:

Steven plays God. He saves lives and he makes mistakes that take lives. And he sees the world in that kind of black and white. Martin breaks down his perfectly controlled worldview, and demands something rarely asked of the gods, personal sacrifice.

Yet, we also perceive just how ungodly Steven has truly been, despite the suburban castle which he inhabits and the moral sacred ground in which he has pretended to live. Like all of us, Steven is an ordinary sinful being of whom the devil or simply a supernatural force is now demanding revenge. As in all of this director’s films to date, we are forced to ask the simple question: “What is wrong with this picture?”—not necessarily the “motion picture” we are watching (although by extension Lanthimos also asks you to judge his highly improbable conceits) but the extravagant societal structures which his films represent. Something is truly rotten in all his various Denmarks—the Danes now described as one happiest of people on earth.
By film’s end it appears that Steven has no other choice left, as he covers his children’s heads and shoots randomly toward them. The first two bullets miss, but the third kills his youngest.
Later, at the diner where Steven first met with Martin, the remaining family sits, Martin entering and all exchanging horrific glances. The family quickly stand and exit while the devil, or perhaps just a still-longing boy, stares after them.

Posted by greenintegerblog at 9:59 AM