As predicted in the first of Marcel Pagnol’s tender Marseille Trilogy, Marius, Marc Allégret’s 1932 film Fanny recounts the young Fanny’s discovery that she is now pregnant with Marius’ child, determining, finally, to save her family and future son from shame by marrying the gentle Honoré Panisse.
If in the first film, Panisse seemed a bit gruffer and more like an elderly man ogling the younger generation, here—particularly when Fanny determines to come to him with the truth of pregnancy—the old sailmaker reveals himself to be a caring and sincere man, totally devoted to Fanny and thrilled about the possibility of his being able now to have his own son, which he even agrees to name, at least the first name, after Fanny’s former lover. 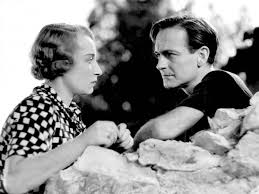 Similarly, if Marius’ father César is at first livid over Panisse’s determination to marry Fanny, he finally perceives the necessity of the marriage, even blessing it in his own manner.
The marriage occurs, beautifully filmed (even with a white dress for Fanny) by cinematographer Nicolas Toporkoff, after which the child, a boy, is born and loved by all. 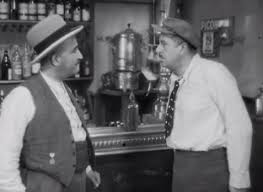 The fly in the ointment, of course, is Marius himself who returns home early from his many- year voyage to claim his wife, realizing in his absence how much he does truly love her. Yet, his decision for self-pleasure over Fanny has now come to haunt him, and despite his attempts to win her back, she, now recognizing the kind patronage of Panisse, will not allow the missing pilgrim—who hardly even mentioned in his letters to his father—to suddenly intervene.
That, in fact, is the total tension of this slight tale. In Pagnol’s world it is the community, the small harbor neighborhood of Marseille, that truly matters. And it is their love and acceptance of one another, despite their almost familial riffs, that truly matters. Even Albert Brun (Robert Vattier), a kind of outsider since he came from Lyon, can forgive Panisse for selling him a boat that is certain to sink. The usually fierce Honoré Cabanis, after a few minutes of swearing and threats, finally is able to forgive Fanny for her indiscreet behavior. And in this work, César and Panisse join forces to make the poor girl into a joyful mother.
In that sense, Pagnol’s vision is truly bourgeois, literally stuffed with hard-working folk who desire to be richer and, despite their failures, are determined to live normative lives. It is their favorite son, Marius, who seemingly has abandoned them and their values; and in this work, particularly, despite its almost sweet rises and falls, Pagnol and his characters are now fairly harsh and cold to Marius, a kind of traitor to their would-be respectability. 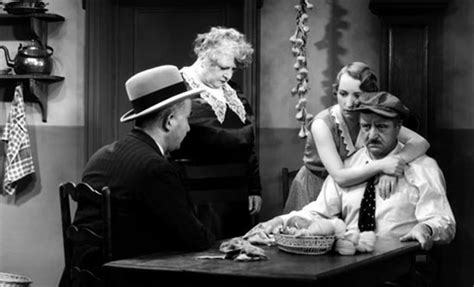 Accordingly, Marius’ attempt to return to the fold is ineffectual. After all, he has traveled to places they might never have imagined; he is now a person of the world, while they are people of a particular time and place. Marius might almost now be seen as a space-traveler, a figure as remote to them as was Brun, attempting to describe, in the first film, his dazzling trip to Paris. Family and community is all that truly matters to these figures, whereas Marius, at least temporarily, has given all that up for something far less concrete, desires that these stolid figures cannot quite even imagine.
While we truly have come to love this tight community of hard-working slackers, Pagnol now forces us to choose: the dream or complacency, adventure or family security. Of course, both are important in life, but neither are ever compatible. One might forgive youth for their follies, but, as César admits, since he is now an old man, he can no longer accept his son’s youthful decisions.
One has the sense that the writer sides with the conformity of his characters, but the very beauty and thrill that Fanny finds in Marius forces us to side with one or another. The real issue here is not just about the local and general, but about the individual and the community. Can a true non-conformist (which Marius now represents) ever come home again?
I never could—or would even have wanted to “go home again.” But Marius is the exception; he wants to now be Fanny’s husband, to live into old age with his child upon his lap. In Pagnol’s society, his desires are still as wild as his desire to go to sea. They are totally out of sync with the community in which he lives, and they put him, in this trilogy, totally at odds with the society in which he grew up.
Without these tensions, moreover, this beautiful film would be nearly meaningless, a story not unlike A Taste of Honey, where the young woman’s sailor has forever abandoned her; or, closer to home, much like Jacques Demy’s Les Parapluies de Cherbourg (The Umbrellas of Cherbourg), in which, like Fanny, a woman marries a wealthy man when her former lover leaves—in this case not from his own choice but to serve his required military service. Both of these films are terribly sad, but neither have the poignancy of the Marseille works.
It is clear that Pagnol needed to resolve these issues, which he attempted to do in the final work of the trilogy, César.