the horror of celebration

This year, on April 13, the Czech-born film director, Miloš Forman died. I’d seen several of his American-produced films—after the post “Prague-spring” crackdown he determined to stay in France and, later the US—including One Flew Over the Cuckoo’s Nest (which I quite enjoyed) and Amadeus (of which I am not as fond). I determined, however, in celebration of the filmmaker to focus on his last Czech film, The Fireman’s Ball, a hilarious satire that, without actually being structured as an allegory of Czech Communism, nonetheless speaks volumes for the ideals and, most importantly, the general cynicism of the society.
At the center of this comic masterwork is the Retired Fire Chief (Jan Stöckl), who at 85 is now suffering from cancer—although the volunteer firemen working under him are not certain he knows of his diagnosis, since current doctors refuse to tell their patients the worse new about their health (much, one supposes, like the politicians who run the government). Nonetheless, a group titled “The Committee,” (headed by Jan Vostrcil) determine to celebrate their former leader in a big way, including a grand dance replete with a lottery of foods and smaller trinkets—perhaps as a way of paying for the event—as well as a beauty pageant. They also have purchased a ceremonial fire axe brandishing a special commentary of praise to the retiree.
Even in the film’s very first scenes we suspect that this seemingly joyful tribute might very wall end badly, given the fact that, like the school-board members of Meredith Willson’s The Music Man, these provincials cannot agree on anything, and have no potential to become a barbershop quartet. And indeed, once they have agreed to never mention their former head’s illness to him and that they will all work together to make the best celebration possible, they move, more and more quickly, into choppy waters. 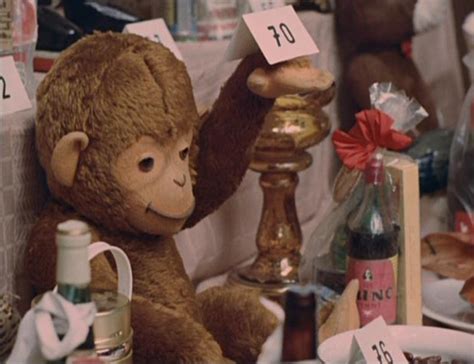 For, from that moment everything begins to go wrong. While creating a banner for the event, the artist, using a flame to char the banner’s edges, presumably to suggest their vocation, falls from a high ladder, while a small fire consumes his art. Another committee member perceives that some of the consumables laid out on the lottery table are now missing, a bottle of wine and, later, a large piece of headcheese (which he ultimately discovers in his wife’s purse).
As the large audience begins to dance some of the younger women and men get more and more inebriated, resulting in under-table sexual events and numerous other pratfall situations, including a kind of banana-peel incident when one of the women loses all her fake pearls, one by one.
The Committee members begin to go on a hunt to find eight women for their beauty pageant, some preferring to explore legs and faces from deep within the crowd, while others take to the balcony to spot the women dancers’ bosoms. But, in the end, they find it difficult to find even eight beauties, while fathers and mothers attempt to intercede on their choices, insisting their own 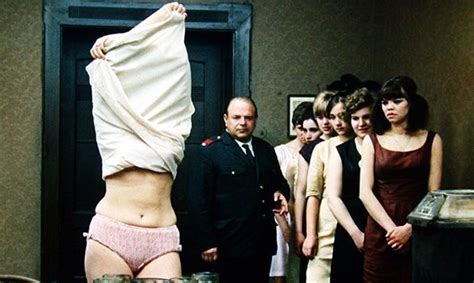 daughters be included. When they do find at least 8 women, the girls seem quite plain and truly awkward in even having been chosen. Only one, who is late because she has gone home to get her bathing suit (about which nothing has previously been said), has any panache, as the elderly fireman ogle her, finally locking the door to protect their activities.
When they do finally attempt to parade the women before the crowd, the shy local girls rush away from the supposed festivities, locking themselves in an upstairs bathroom, embarrassed now by their sudden if momentary celebrity.
Fed up with the chaos, the dancers themselves begin to nominate their own companions, bringing them forward in chairs and arms, while the women cry out in distress. A real fire, fortuitously, interrupts events as the firemen and the entire audience rushes out to the house of an old man, whose large home is already burning beyond control. Only a few pieces of furniture and the old man himself is saved.

In sympathy to what has happened to the man, the crowd returns with him to the ball, giving up all their lottery numbers so that he may have first choice. By that time, however, the Committee discovers that almost everything upon their table has been stolen. They offer the possibility that they will briefly turn off the lights so that people may return what they have illegally taken, but no one except the Committee member whose wife has stolen the headcheese returns it, caught unfortunately when the lights go up again.
When they finally attempt to award their former chief their ceremonial hatchet, they open the box to discover that it too has been stolen!
One can easily comprehend how such a dark satiric message suggesting that nearly everyone in this small community is corrupt, despite at a few moments of meaning well, would not go down well in Forman’s home country. And several small-town Czech firemen strongly protested the film’s presentation of their kind. When the new Czech freedoms were squelched, Forman’s film was banned “forever.” Presumably the Czechs can now show this film, particularly after the film’s nomination for the 1967 Academy Award for best Foreign Film. But I might imagine that its darkly cynical view of his countrymen still rankles some sensibilities. 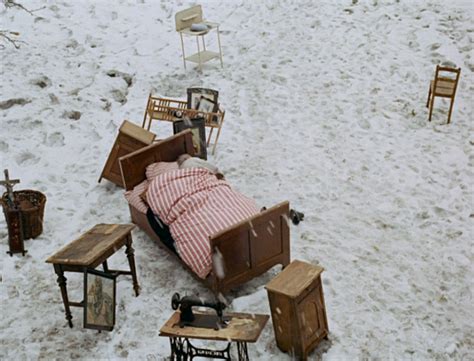 The only moment that this small community actually come together with a sense of communal purpose is during the great fire, but even here we suspect it is more for the spectacle of the event than for any empathetic concern—although some do encourage the fireman to turn the old man away from his view of the fire now destroying his entire life. And once the event is over, as we see, they are perfectly ready to leave the now homeless and fortuneless man with nothing. Forman, in a surrealist scene, shows the old man returning to his bed, now sitting in a snow-filled field near the desolation of his former house. Already another man lies in the bed, which he is simply now forced to share with the intruder.
In a world of even best intentions, as Forman has written, nothing can work out when the leaders attempt to import their own shared notions of what is right: “That's a problem of all governments, of all committees, including firemen's committees. That they try and they pretend and they announce that they are preparing a happy, gay, amusing evening or life for the people. And everybody has the best intentions... But suddenly things turn out in such a catastrophic way that, for me, this is a vision of what's going on today in the world.” As Forman’s contempoary, Jan Němec, has shown us in one of his own films, even an invitation to dinner can suddenly become a threatening reality when one cannot refuse the invitation.