dancing in the rain
by Douglas Messerli

In the late 1980s or early 1990s, if I recall correctly, my poet-friend Dennis Phillips and his then-wife Robin Polanker visited both Prague and Budapest. Prague, just like Kafka expressed it, was frightening and most unpleasant, they argued, while Budapest was an absolutely beautiful city with lively crowds and bustling shoppers. The Czechs were unfriendly, so they argued, while the Hungarians were gregarious and seemingly forward-looking. 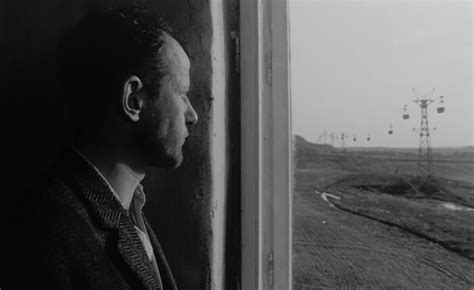 A few years later, in 1999, before attending the Frankfurt Bookfair, I visited Prague, where I fell in love with the city, its restaurants, bars, and people. Perhaps I was simply fortunate to have as a guide, translator and publisher Milos Sovak, who personally took me on a long walking tour of Prague and introduced me to several other publishers, as well as recounting the history of the both the language and the country, then known simply as Czechoslovakia. Furthermore, having grown up near Cedar Rapids, Iowa, a city with a large population of Czech immigrants, maybe I was just more sympathetic to what is now the Czech Republic than Dennis and Robin had been. And, of course, there’s absolutely no reason that one need even “compare” these neighboring nations—although both cities were once crown jewels in the Austro-Hungarian Empire (see My Year 2017).
Moreover, I’ve never visited what I know to be the lovely and cosmopolitan city of Budapest (although I certainly have seen pictures). But now, having watched five or six films of the great Hungarian filmmaker Béla Tarr and having read four fictions by his close collaborator László Krasznahorkai, as well as several fictions by compatriots such as Péter Nádas (born in Budapest but now a pig farmer in the inner recesses of the country), I have a much darker view of Hungarian culture than I do of the Czechs, and I feel, particularly given the rise of Viktor Orbán, who now leads Hungary as its Prime Minister, with his social conservatism heading what he himself describes as an “illiberal state”—which numerous observers and political commentaries have detailed as an authoritarian and autocratic rule—that I now have just the opposite view from Dennis and Robin; although perhaps they have changed their own views over the years.
I mention all of this not because I am not fond of the filmmaking and fiction of the Hungarian writers I have mentioned; like Susan Sontag, I strongly recommend them anyone interested in film or literature. But it’s the darkness of their view that I find so fascinating, as opposed to the lightness and beautiful colors of the Prague landscape, despite Kafka’s representation of that city’s often meaningless and absurd restrictions.
In Tarr’s early 1988 film, Damnation, for example (released perhaps the very year went my friends visited the city in which Tarr grew up), we see a world which comes to truly define the director’s landscape, rural Hungary, where, in this case, workers—evidently at a steel mill, although we’re never quite certain what the local factory produces—but in other films, farmers and fisherman, eke out paltry livings while enduring endless days of hard work and tortuous weather. In Tarr’s films it seems to be always raining or, at least in his last film, The Turin Horse, endlessly blowing up cyclones of dust. If there were ever potent example of what life might soon be given the changes of our climate, this director has already depicted them. 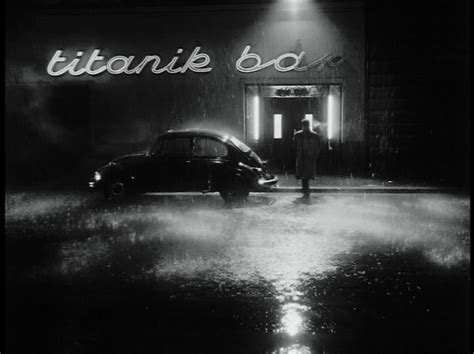 Like its title suggests, this small factory town is already damned, its citizens forced to view through their windows endless metal baskets, endlessly coming and going, in a circular parade. We never see what is in those large containers (coal, the products they produce, we don’t know), but even this work’s so-called hero, Karrer (Miklos B. Szekely) counts them on insomniac nights.
This depressed figure is desperately in love with a local bar singer, a kind of less-talented and far less beautiful, Marlene Dietrich-like figure (Vali Kerekes), who performs at the sad-sack bar, the Titanik, truly a shipwreck of a place, where the men all sit alone, all but crying into their scotch and bitter ales. And why shouldn’t they? Tarr, one of the most mannered but also greatest of cinematographers in the world, shows us their world through his endlessly lateral and static takes—filmed in a manner that one might almost describe as Japanese, since it so resembles the sliding bamboo doors of rural Japanese houses: what your first see through one window you soon see again from the next. 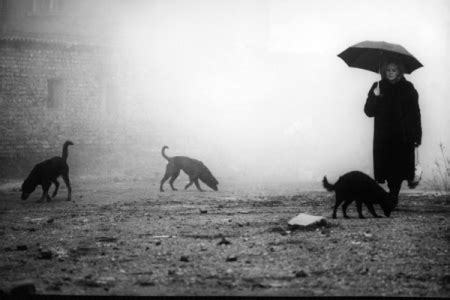 When the citizens of this hellish village do dare to enter the outside, they are faced with the nearly always inclement weather, feral dogs running about in packs, and, in Karrer’s case, a heavily smoke-infused busybody/hat check who lectures him, restating Biblical passages from Revelations describing the time when his city will become a “city of violence,” paralyzed,” by the entire world having become a “ruthless place” wherein everyone has gone mad. In truth, one might argue this small village has already accomplished her vision, and she is simply trying to warn him, observing him each morning waiting for the lover’s husband, Sebastyen (Gyorgy Cserhalmi), to leave for work.
The endlessly long takes of Tarr’s films—later, in his masterwork, Sátántangó, the opening shot of a collective farm where the cows slowly meander out the barn as the sun begins rise is a very long 8 minutes (seemingly more like an hour), while the movie itself runs for 7 hours—help us to comprehend not only the ordinariness and boredom of these provincial lives, but help to create an inordinate tension that explains their desperate attempts to couple and create something other than what they daily face.
Many of my friends have dismissed his directing precisely because of these endless shots; but, I would argue, they force you to understand his subjects, to explore them, to truly ponder their desires, if nothing else, to really look into their faces. Tarr, I think, recognized in 2011—and I was there at the AFI Festival when he announced his retirement from making further films—that given our quick-moving messaging words and images, he was a true dinosaur. So sad, since we lost one of our very greatest image-makers in the process. Patience was required—and rewarded.
The singer has already told Karrer that she wants to break off their relationship in the very earliest scene, but when he returns she still allows him entry, their sex—so different from what the French might have ever imagined—is slow and deliberate, a coupling in which the figures, just like Tarr’s camera, appear almost resistant to movement. And there are so many distractions; a child cries in the background.
Indeed, although it appears at moments that the camera might be on the move, the true action occurs only when characters approach one another to speak or argue. The camera remains a kind of stationary witness, moving left to right, panning at times, entering at moments into the character’s lives only to disappear just as quickly.
As the dancers, near the end of this Dantesque work gather, they perform a group version of what later will become the drunken tango of Tarr’s masterpiece, circling, male and female, male and male, female and female, into a large horizontal version of a dispirited kind of lateral “Conga,” a kind of group meandering around what might be a huge furnace that these damned men and women are forced in their society to forever face.
Critic Ela Bittencourt, writing in Bright Lights Film Journal, brilliantly describes one of the last scenes of this truly painful work:

The camera pans, revealing the tableau of local residents, staring off into space. They stand frozen, grim but comic, like grotesques. Accordion notes resound in the background. [Outside] Karrer enacts a parody of dancing, his feet thumping in a puddle, his clothes and face soaked from the rain.

It is almost as if Tarr were parodying the great Hollywood musical Singing in the Rain, with instead of Gene Kelly’s imperviousness to the rain in his seemingly waterproof red shoes, the always totally wet Karrer—his overcoat is soaked throughout the film—spins off into his own insane version of what might have symbolized pleasure. Yet, we know it is precisely that, an insanity, and when he 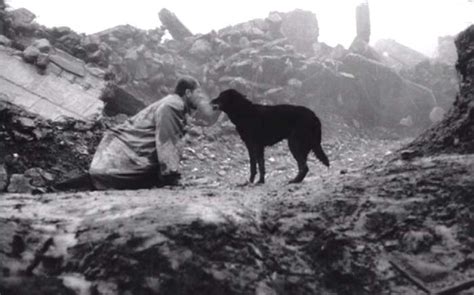 suddenly meets a growling feral dog, he himself gets down on all fours, howling equally into the dog’s face until the beast, having met his match, runs off. The damned have indeed become unhuman, as the cracks in the fabric of this society—represented by Tarr’s constant presentation of peeling walls and falling mortar—have finally given way to its collapse.
This Hungary can only make you cry.