Panjola, the 1923 silent film based on the novel by Cynthia Stockley and directed by Donald Crisp, is not precisely a “lost” film. One copy apparently remains in the hands of a private collector. But it appears to be unavailable to the anyone who might simply wish to see it. One can only hope that in the future the film might be restored and made available to the general public. 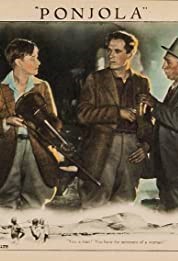 The drama is described on the IMBd site as follows:

“The adventures of a beautiful gallant girl, Flavia Desmond (Anna Q. Nilsson), who goes into the African veldt of the Rhodesian gold fields to save the soul of a man, Lundi Druro (James Kirkwood), who had saved hers. Disguised as a man, she fought against men charged with the lust of gold and the black curse of Africa. Ponjola [is] the strong drink of the strange and glamorous country.”

The 70 minute film is mentioned on LGBTQ lists obviously for its cross-dressing hero, Flavia Desmond, and because of the exoticism of its location. There were numerous films, almost amounting to a sub-genre of cross-dressing films where women, dressed as men, attempt, not always successfully, to save the body and soul of their male lover. Other examples include Sidney Franklin’s Beverly of Graustark (1926) and the Australian film Rangle River (1936), or even earlier in the character of the Wandering Gypsy Girl in The Student of Prague (1913), although in the last example she simply follows him about trying to save him without masquerading as a male.

The full cast is listed as follows:

Posted by greenintegerblog at 6:06 AM