fun on the town 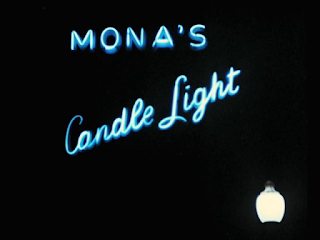 It is Friday on a warm evening on San Francisco’s North Beach in 1950. The breeze is up as always. A woman puts on a blue shirt, pulling out the collar to fit around her white sweater over which she slips on a pale yellow suit coat. Her lover buttons up her freshly ironed white shirt, ties her dark blue tie and slips on the pants and coat of well-fitting dark suit, tapping out a cigarette from a pack of Camels. They walk a few blocks to their favorite weekend spot, Mona’s Candle Light, established two decades earlier by their friend Mona Hunt, the first lesbian bar in the city. 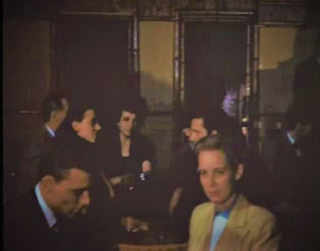 Over the years it has developed a significant clientele of lesbians, bohemians, and an occasional straight tourist couple who is struck by the peculiarity that so many of the handsome young men are beautifully androgynous. Yet, they too enjoy the songs of Jan Jansen and comedy of “drag king” Jimmy Reynard. 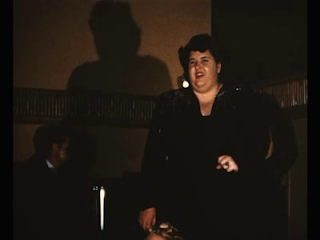 This night, a friend of the regulars has brought her film camera, decorously positioning its lens at a few of the customers before focusing almost entirely on Jansen and Reynard, the former beginning the evening with her standard “Just One of Those Things.”

In 1957 Mona’s Candle Light closed. The unknown cinematographer later gave away her old tape or sold it herself at a flea market in an unmarked box which was purchased, along with other reels, by Geoff Alexander of the Academic Film Archive of North America located in the Bay Area.

Today we have this candid, fascinating, but frankly rather boring remnant of LGBTQ history in the form of the eight-minute tape restored and preserved by the UCLA Film & Television Archive and the Outfest Legacy Project for LGBT Film Preservation.

Along with important portrayals of LGBTQ bar life—filmed in real bars—in movies such as Ron Peck’s Nighthawks (1978), William Friedkin’s Cruising (1980), and Spanish director   Guillem Morales’ Back Room (1999), there are, of course, numerous films which have quick encounters in bars real and created for the sake of the movie. But we have very few except for this work and the wonderful satiric skit filmed by the members of the long disappeared Los Angeles bar The Brownstone in Always on Sunday (1962) that are filmed in a bar by a regular customer of the place.

Yet bars, as opposed to the large clubs such as Studio 54 and the famed New York Baths of the 1970s and early 1980s, were once of crucial importance for gay, lesbian, and bisexual individuals not only a location to meet and pick up individuals or to even have sex, as many of the late 60s and early 1970s bars permitted, but as a place where a certain community of friends nightly got together to talk, dish, compare observations, share their sufferings and, mostly, to enjoy themselves in a way that was  unpermitted anywhere else.

As Jeremy Atherton Lin in his book about bars and the specific communities they served (Gay Bar: Why We Went Out, 2021) observes: “We did not go out to be safe. I didn’t anyway. I went out to take risks.”

By even appearing in such a place one was not just declaring her or his sexuality but was actively seeking out people who shared his or her desires and needs, while at the very same time allowing oneself to be challenged for those important forces at the center of one’s life. Going out meant far more than coming out—indeed many closeted individuals found solace in gay bar life. It meant exposing oneself to everything the rest of the world defined as unsavory, queer, and dangerous. And, most importantly, as Elsa Lanchester describes her and her niece's favorite bar, the Zodiac Club in Bell, Book, and Candle,* “It’s fun!”

I hope we might be able to uncover more of these revelatory films of early gay bar life since today such bars, open to nearly all individuals, seem almost to be a thing of the past.

Just as in real life, Mona’s Candle Light was fun for the regulars even if it was a bit boring for us tourists. And obviously we know nothing about what happened after the camera stopped its grind and Jen had finished her last song of the night. 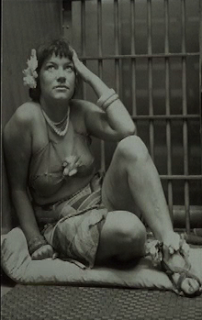 Above is a picture of the owner of the bar, Mona Hunt.

*My reference to that film, Bell, Book, and Candle, is highly appropriate, since I read that 1958 film as a coded gay and lesbian work.

Posted by greenintegerblog at 12:11 PM