showing up for the showdown

In John G. Blystone’s well-wrought and even charming adventure story from 1925, legendary British highway robber Dick Turpin is played by the American Western hero Tom Mix as a Robin Hood-like figure who gallantly protects traveling notables and lovely maidens such as Lady Alice Brookfield (Kathleen Myers) while stealing from the wealthy effete such as Lord Churlton (Philo McCullough), rewarding the poor much of what is stolen. 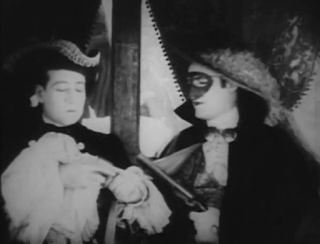 Accompanied by his amazing steed Black Bess, a beautiful horse who is required from time to time to travel on the back routes alone, as Turpin holds up the coaches and rides with his victims in order to rob them and accompany their female companions back to safety, quickly removing the mask when he meets up with Churlton’s beautiful finacée, Brookfield, who admits him that she loathes the man her uncle has chosen for her marry.

In between his various robberies and rescues and his attempts to allude the Highway Patrol (led by Sid Jordan), Dick meets up his old friend, Tom King (Alan Hale), another cohort and competing highway robber; it is clear the two have a deep bond that goes back for many years, and once they have reunited that bond appears to represent a permanent relationship, as Tom grabs the opportunity to invite Dick to a boxing match between the champion Bristol Bully (Jack Herrick) and Bully Boy (Bull Montana), the latter of whom Tom is promoting. 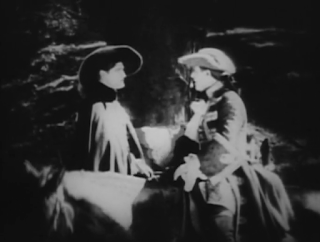 Accordingly, the very moment Alice has conventionally set Dick’s heart aflutter, the subtly coded text has Tom meet up with his Dick suggesting if not an outright homosexual pairing, certainly a queer one given that they both hide their identities while they enact their outsider activities—this film almost comically displaying the awkward necessity of tipping their hats into the air in order to pull on their masks—the two of them representing one face to their societal peers and another to their victims. Dick Turpin is itself a kind of hidden Western, a genre that almost always involves the love of two men who struggle against their own desires before they face their  hetero-normal showdowns.

Screenwriters Charles Darnton and Donald W. Lee take the coded text just a bit further, however, in having Dick require his new conquest Lady Alice to dress up like a boy before he can “help” her escape the marriage of convenience her uncle requires. 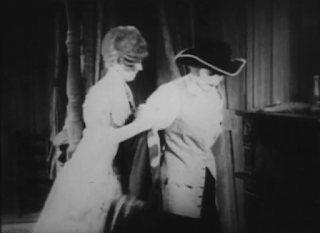 As is standard in such coded affairs of the heart, if Dick has his Tom so does Alice need her female companion in order to break free of convention, in this case in the form of her maid Sally (Lucille Hutton) who bravely takes her place in Alice’s wedding dress so that her lady can escape as a male hidden in a haycart. Symbolically speaking, by donning that dress Sally has replaced her mistress, symbolically marrying her in the sense of that word’s definition: “to unite in close and usually permanent relation.”

Like all great adventure stories, the excitement of this tale lies in its the recounting of how Dick and Tom fall into danger only to miraculously escape, playing out a series of rehearsals for how these two outsiders might, in the end, might be able to escape the ending conventionality demands, the traditional meaning of marriage.

There is another twist in the Dick Turpin tale, just as there is in most of the Robin Hood stories, in that in this world conventionally heterosexual males are represented as being effete, mincing men dressed in pleats, ruffles, and furbelow enough to match any silent movie pansy. And it is precisely that attire, a telltale lacy handkerchief of the bandit’s caught at the last moment in Churlton’s carriage that gives away Dick’s underground identity to the so-called normative society.

The real man in him, just as the real man in Tom is a surly commoner, dressed in simple, straight-forward breeches, shirt, and hat, not in the pleated shirts in which Turpin is made to wear in the society into which he was born, costumes ironically in which he appears when he is finally imprisoned in Newgate.

Before that, however, Dick blusters his way through the film, boxing the ears of the British champion Bristol Bully (the rules of fair fighting get dreadfully close to gay camp long before it even existed: “No seizing by ham, breeches, or anything below the waist.”), sliding down bannisters, and leaping onto the back of his magnificent Bessie, at one point even hiding out behind and under the skirts of Alice and Sally as he dares conventional forces to curb his boyish behavior. As in all such fables, women love such queer churlishness while the straight-laced—in this case quite literally—men despise it. And they are quite emphatically out to stop him from remaining the queer the riff-raff and commoners truly love.

When ultimately Dick is trapped, about to be hung for his crimes of his perversion of what men are “supposed” to be, he is saved by his beloved Tom who, pretending to be the hangman releases the noose around Dick’s head yet one more time, allowing his friend to defy hetero-normative demands again; instead being “married” into a kind of sexual death, Dick is once more allowed his queer freedom. 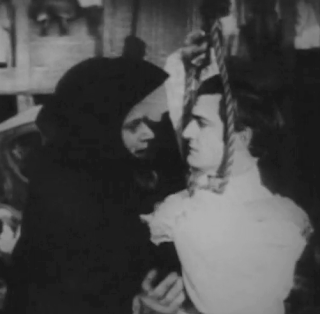 In removing that “conventional” noose, Tom has clearly pulled Dick back into his own orbit, the two returning to their Arcadia of Epping Forest, where, in fact, the real poacher-highwayman-and former butcher Dick Turpin got his infamous start by killing the Royal deer. But even back then, long before the Hays code, Hollywood knew the rules. Dick and Tom are not permitted to stay in their Neverland for long. And in order to force Dick into the necessary romantic conventions, Tom has to be done away with. He is shot and killed, gently imploring his loved one to return to the straight-and-narrow patterns of the plot before he dies. 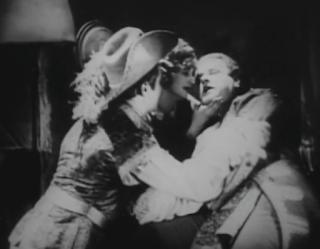 On the back of his faithful horse Turpin rushes to save his damsel from her distress. He nearly reaches his destiny but is pulled back by yet one last queer transgression when Bessie is shot and killed by the gatekeeper. His mourning for the horses’ death is strangely greater than even for his mate Tom. Now without those he loved most, his friend and horse, Dick has no choice but save and marry Lady Alice or in the terms of heterosexual misogyny to “put on the noose” and throw away his old life by reciting the marital vows.

The two escape to France, the country where, as every Brit knows, readily welcomes disgraced faggots; just ask Oscar Wilde.

Dear reader, I promise you I have no intention of reading through every coded adventure tale, Robin Hood fable, pirate yarn, Zorro episode, and western legend to prove just how these supposedly heterosexual modes of storytelling are woven with the warp and woof of queer myth. Dick Turpin and the few others I attend to in these pages are just too obvious for me to ignore.*

*Among those I’ve chosen to discuss are Billy and His Pal, The Soilers, Way Out West, Red River, Shane, Cowboy Wash Up, Horse, Lonesome Cowboys, Calamity Jane, Django Kill...If You Live, Shoot!, Kill and Pray, They Call Him Mercado, Thank You Mask Man, Clay Farmers, The Ruthless Four, and Zorro, the Gay Blade. I’m sure there will be a few others that creep in. Most of these are explicit, not coded works.

Posted by greenintegerblog at 7:38 AM