lugosi as a wit?

In hindsight it appears that one of the requirements that anyone undertaking to film a version of Oscar Wilde’s fiction The Picture of Dorian Gray is that, even if that work were to become enormously popular, it would ultimately be lost to future generations.

Just as with the early Danish, US, Russian, and German productions of Dorian Gray the Hungarian 1918 film, Az Élet királya (King of Life), directed by Alfréd Deésy, is a lost film. 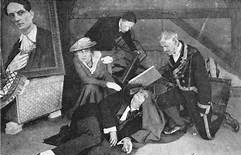 The casting of actor Béla Lugosi as Lord Henry Wotton (in this version named Arisztid Olt) is of particular interest. It’s interesting to imagine the rather lugubriously speaking Dracula playing the fast quipping wit Wotton. Norbert Dán  was Dorian Gray, opposite Ila Lóth as Sibyl Vane. The painter Basil Hallward was performed by Gusztáv Turán.

Wilde’s novel was adapted by József Pakots, with cinematography by Károly Vass. 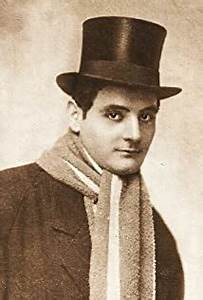 Deésy was a major figure of Hungarian silent filmmaking, shooting some 17 silent films including one on Casanova and another on Sacco and Vanzetti, but very few of his silent works have survived. After World II, Deésy also made feature sound films and continued to work until his death in 1961 at the age of 83.

Like the others playing Gray, Norbert Dán was an extremely handsome matinee idol, which would have likely drawn a great many fans to the movie.