The great US director Howard Hawks’ silent film Fig Leaves of 1926, his second feature, theatrically seems a bit like a combination of the worst of the numerous Hollywood chauvinistic domestic comedies of the next several decades and the back-biting “women who pretend to be friends” films such as George Cukor’s The Women (1939). Indeed, like The Women this earlier black-and-white film includes a fashion show during its second half in technicolor, although in this case those scenes have apparently been lost, now screened on reels without the colored effects. 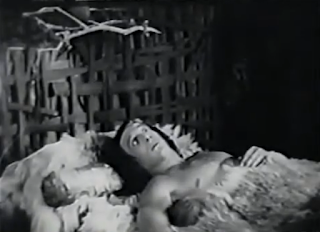 On top of these rather unpleasant Hollywood tropes, Hawkes’ narrative bookends its modern-day characters as cartoon-like Adam and Eve figures yukking it up over incidents and jokes that even the 1960-1966 TV series The Flintstones might have tossed out, such as Eve carrying on a gossipy conversation with the snake and Adam reading the daily stone tablet newspaper about the warring brothers Abel and Cain. Coconuts are hurled into heads and a pet brontosaurus naughtily eats the couple’s favorite tree in their front yard. And, of course, Eve doesn’t have even a decent fig leaf to wear for an evening outside the garden!

As a contemporary couple, Adam Smith (the beefy George O'Brien) is a successful plumber and his wife Eve (the willowy beauty Olive Borden) is still frustrated for not having a good dress or hat to wear in her closet, a problem she discusses at great length with her serpent-toothed neighbor Alice Atkins (Phyllis Haver), who also finds Adam quite attractive and invites him over one evening to fix her lamp and share a few glasses of cognac, obviously arousing the jealousy of her “friend” Eve.

To balance out the sexual stereotypes of the domestic couple and their intrusive neighbor, Hawks and his writers Hope Loring and Louis D. Lighton add several layers of gay-bashing, first when Adam and his oafish co-worker Eddie McSwiggen (Heinie Conklin) take turns playing husband and wife as they test out the proper response Adam should have when Eve begs for money for a new hat, coat, or dress; the sashaying female who approaches the male should evidently be properly beaten or at least seriously throttled in response to her request, suggests Eddie, as the two again rehearse the inevitable scene. But when it really happens Adam melts with the first bat of  Eve’s eyes, handing her enough money to buy herself a new hat.

While out shopping for that hat, however, Eve is slightly nipped by a passing auto and finds herself in the gutter at the very moment a city cleaning machine passes as it waters drown the street and the fallen woman in its path. 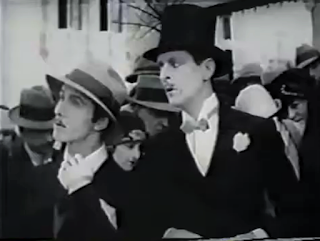 The car belongs to the king of king of haute couture Josef André (George Beranger), a cinema pansy of the sort we later encounter in the Fred Astaire movie Top Hat (1935) in the character of Alberto Beddini, a man who seeks out every beautiful woman’s body, not to make love to them but to dress them up in rolls of satin, taffeta, tulle, and gauze. Out riding with his equally effete friend (William Austin), the two simply have no choice but drag the wet urchin into their Fifth Avenue salon and whip up a total new wardrobe around her torso dedicated to “Spring,” reminding me of the hilarious fashion designing scene of Funny Face in which design mavin Kay Thompson demands her staff “Think Pink.” 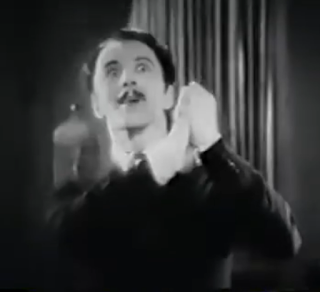 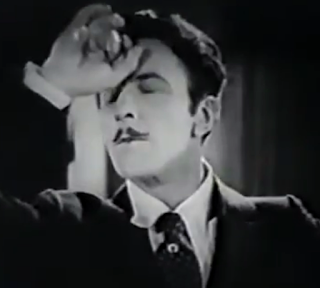 There is only so much a Hollywood pansy can do, however, with a hand-on-the-hip look of effeminate grandeur and disdain; and this movie demands what appear to be hours of such poses of hauteur that quickly grow stale, particularly when later in the film—after the couple has almost  split up  over Adam’s attentions to Eve’s neighbor—Adam visits André’s salon to buy his wife a new dress to make up with her, which, of course, requires him and his comedic partner to further mock the same poses. Never since has a movie spent so very much time exploring how a "stock"  gay man might be portrayed on film!

By that time, moreover, Eve has become, without Adam knowing it, a regular model for André and, as the pièce de résistance of the afternoon, she so shocks her husband that he determines finally to leave her for good. Having appeared “half naked” in public and evidently caring more about clothes than his love and determination to provide for her, what is an old fashioned chauvinist to do but to run, leaving the money in his account for her silly pleasures! 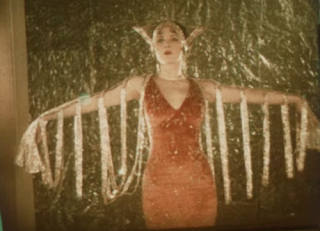 Given the growing sexual liberation of the mid-1920s you might have thought, Eve might have flapped her way to freedom, but this is still Hollywood, even if pre-code, and moral compunction demands that she slug it out with her loving pansy, and trot back home to meet up with a still loving and eventually forgiving thug like Adam to attend the slewing party of Abel and Cain, presumably a coded message to the film’s heterosexual audience that they’re planning to take in a boxing match that evening where Eve can feel comfortable in any old fig leaf or leopard skin she owns.

This work cannot be said to be in the celluloid closet, but rather is a kind of public shouting rant against feminist, gays, and anyone else who might stand in the way of the normalcy of the everlasting American Stone Age.

Posted by greenintegerblog at 12:22 PM