We might certainly wish that John Francis Dillon’s 1927 film, The Crystal Cup would have survived to be able to give us a better view not only of early female cross-dressing in cinema, but also a peek into a possible early link with lesbian cinema. Alas, like so many works devoted to women, its mysteries mostly remain silent with only fragmentary descriptions by males.

This film, however, seems to have been a kind of early lesbian exploitation film, a movie that offered up male and female fantasies of watching a woman dress and behave as a man while all the while knowing that, in the end, she would be safely laid back into the arms of the “right” man.

It’s very much the kind of situation that was later played out, admittedly with much more sophistication, by German director Reinhold Schümzel’s Viktor und Viktoria in 1933 which audiences found so appealing that it was repeated by the British in Victor Saville’s First a Girl (1935), and eventually in the Julie Andrews / Robert Preston vehicle directed by Blake Edward  Victor and Victoria (1982), which went on to become a Broadway musical success, running for 734 performances—all of which suggests that as long as the lady stays true to her sex, men love to see her try to fool them by pretending to be a member of their preferred sexual club. I guess gays, when it comes to this patriarchal peccadillo, are just as guilty as heterosexual men.

Even the promotional headlines of the day laid out the voyeuristic possibilities for both men and women:

a picture of the startlingly different woman of tomorrow.

it’s perfect for every woman who’s ever said—"god, i wish i were a man!”

for every man who’s ever said—“what’s the matter with these modern women?”

In other words, this work  apparently was for any woman who might have had lesbian fantasies and every man who wanted to secretly to go to bed with his own sex without having to wake up with even a tincture of guilt.  And the promotional department was dead-on right, it is still, so it seems, a vital fantasy today, the future of way back then. 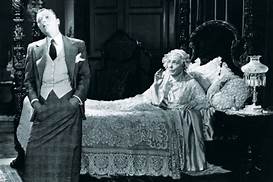 In Gertrude Atherton’s hack psychological plot, upon which the film was based, heiress Gita Carteret (Dorothy Mackaill), having observed her father mistreat her mother throughout her childhood has become emotionally scarred, developing an intense hatred of males. Dressing in masculine attire and abandoning all feminine mannerisms, she attends a grand ball in a tuxedo, drawing gasps from most of the women and the admiration of at least a couple of men. Even Bette Davis in Jezebel hadn’t been that daring! The gossip grows, some describing her as a lesbian, in response to which her caregiver, Mrs. Pleyden (Clarissa Selwynne) demands she either bow the controls of a chaperone or find a man to marry.

Having already developed a platonic friendship with the novelist John Blake (Rockliffe Fellowes), she suggests they marry but occupy separate apartments in his house. She goes through the painful process of a marriage ceremony simply to protect herself from having to endure the constant intrusions in her life of a chaperone.

Meanwhile, however, to finds herself beginning to be quite attracted to a young physician, Geoffrey Pelham (Jack Mulhall), who, having seen her only in female dress, is love with her. 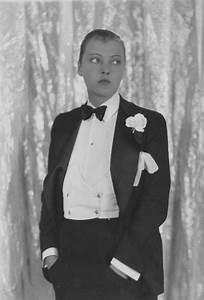 When Blake finally becomes exasperated with the platonic marriage in which he has engaged, he bursts in on Gita in her bedroom, who shoots him. Dying, he suddenly realizes that Gita and Pelham belong together as a couple. As The New York Times reviewer Mordaunt Hall quipped: “Needless to say Gita is not seen in mannish clothes in the last chapter of this film.”

The film’s charm, evidently, was the visage of Dorothy Mackaill strutting about the screen in male outfits. Indeed Hall presents it almost as if it were a fashion show:

“The character gives Miss Mackaill an opportunity to appear in a variety of mannish costumes. Gita has long skirts with twin pockets, coats and white waistcoats. Instead of adorning herself with feminine finery for a dance, Gita appears in a black coat and skirt, a white waistcoat, a wing collar and a bow tie, not to mention a white carnation and a long cigarette holder. When she is introduced to a man she extends her hand and stands up. She even adopts a masculine method of speech and if perchance she is not puffing on a cigarette, she keeps her hands in the pockets of her skirt.”

Obviously, the costumes were an important feature of this film. In her Girls Will Be Boys, Laura Horak noted that Gita’s attire was cited as one of the growing signs of sexual perversity in the cinema of the day.

In short it was the sheen and luster of The Crystal Cup, the surface, that truly mattered and not the actual contents of what that cup held. No need for tea and sympathy for Gita; for she was a woman within, not a truly to be dreaded sexual freak. Like the woman dressed in a tuxedo and monocle in Rowland Brown’s Blood Money (1933), Gita isn’t truly serious about her affectation of dress. Within, she’s a good ‘ole heterosexual gal at heart, in whose banner Dillon’s movie eventually drapes itself after its audiences have gotten a good gawk at the alternatives. The same was true, of course, for many a male actor affecting gay mannerisms or who was involved in plot devices which might have suggested his sexual deviance; generally he married a woman by film’s end, whether his name was Roscoe Arbuckle, Cary Grant, or Rock Hudson. At least a pansy was still a pansy after the screen turned dark.