The Rejected is probably the first televised documentary concerning homosexuality. First aired on the San Francisco TV station KQED for National Education Television (NET) on September 11, 1961, it was later syndicated to NET stations across the US, basically receiving positive reviews at the time, although now several of its approaches seem limited and even restrictive.

The show was overseen by independent producer, John W. Reavis, who wrote up his first ideas about the film in 1960, titling it “The Gay Ones.” He summarized his approach in the following general statement of his project:

“The object of the program will be to present as objective analysis of the subject as possible, without being overly clinical. The questions will be basic ones: who are the gay ones, how did they become gay, how do they live in a heterosexual society, what treatment is there by medicine or psychotherapy, how are they treated by society, and how would they like to be treated?”

Accordingly, Reavis approached homosexuality, as had even the gay support group the Mattachine Society, as a social problem such as alcoholism or prostitution. His focus was on gay men only and did not include lesbians because he felt that societal repugnance of the issue was even greater than was the issue with gay men, and furthermore he estimated the numbers of lesbians to be much smaller that male homosexuals. He also felt that the central issues were vastly different, arguing that lesbians were essentially less promiscuous and that relationships were generally bilateral. Economic and social sanctions appeared to be less severe—this in seeming contradiction with his belief that lesbianism was more repugnant in general. 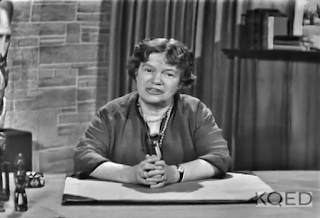 Directed by Richard Christian, the film was shot almost entirely in the studio with guest celebrity “authorities”: Margaret Mead speaking of the issue from a anthropological and cultural viewpoint; Karl Bowman from the Langley Porter Psychiatric Institute, describing the basic statistical numbers and the various manifestations of homosexual behavior as outlined in the Kinsey report which outlined the scale of 7 varying degrees of homosexual behavior in which males engage; medical doctor Erwin Braff discussing the attending medical issues such as the increased spread of sexual diseases such as gonorrhea and syphilis in the gay communities; Episcopal Bishop of San Francisco James Pike and rabbi Alvin Fine addressing religious issues, arguing mostly for the tolerance of gay sexuality as a psychiatric disease while reminding their congregations that it still remains an anathema to their religious values and beliefs, Pile comparing it to chronic alcoholism which calls for homosexuals to be treated with “love and concern and interest” as opposed to simply describing the behavior as evil. 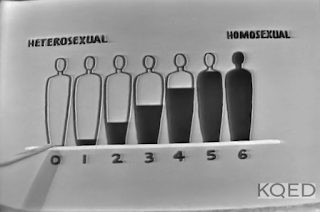 Some of the most interesting arguments concern the legal issues covered by San Francisco district attorney Thomas C. Lynch, Al Bendich, and later through a debate between J. Albert Hutchinson and Morris Lowenthal. Bendich made clear the laws are primarily not against homosexual activity but are particularized against various sexual acts, laws that vary throughout every state in the nation and are often contradictory and so broad in their definition of sexual “perversity” that they are basically unenforceable. For example, adultery is on the books as a criminal act in many states; but since, as Kinsey has made clear that approximately 1/2 of adult males at time or another commit adultery there would be no way to enforce that crime unless we were to “turn our country into a jail.” Nearly all of our states have laws on their books against oral-genital sexuality and sodomy. The fines for these acts can be very severe including 3 years to life imprisonment for acts that married couples are often encouraged to engage in by sexual manuals, and, obviously, are commonly engaged in by homosexuals. 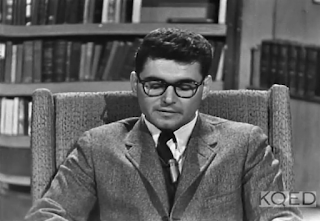 Such laws are also often contradictory and irrational, he argues. In Ohio, for example, if oral-genital sexuality is engaged in by females they are perfectly legitimate, but engaged in by males they criminal. If engaged in by married couples and the female partner is active a crime is committed, yet if the female in such an act is passive the activity is permissible by law. He concludes, “Ohio is no exception or even unusual regarding these laws.”

Despite recognizing that the current laws are unenforceable, Hutchinson argues that the current should be kept on the books simply as a representation of moral principles, while Lowenthal argues fervently that the laws must be erased and logic made to prevail, obviously retaining the laws against sexual activity with children and forceable sexual acts, but erasing most of the other outdated sexual restrictions. None of these figures discuss how having such laws on the books influences police forces to regularly raid gay bars and arrest individuals who are not even engaged in sexual acts.

Perhaps the most disappointing group of representatives, from my viewpoint, were the three members of the Mattachine Society, Hal Call, Donald Lucas, and Les Fisher, openly speaking for gay men. One is appreciative that at least this documentary, unlike other programming about homosexuals, actually included gay individuals; a visit to the San Francisco Black Cat Bar was cut from the original report.

Yet their attitudes toward gay behavior as being psychologically influenced and representing something close to an societal illness—which arguably would at least allow for societal “permission” and sympathy if not complete acceptance—seem outdated and weak given the fact that by the date this documentary was aired Pier Paolo Pasolini, Kenneth Anger, Mauro Bolognini, Ron Rice, Mike and George Kuchar, and numerous other filmmakers were challenging such conservative notions of what being gay truly meant. Even more inexcusable are their dismissive comments about effeminate males, crossdressers, and what they describe as “gay swishes.” 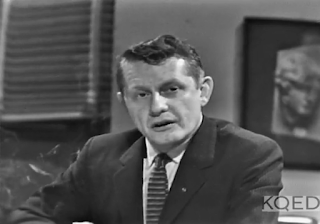 Accordingly, for me, the true shock of this otherwise enlightened early exploration of gay life came when Mattachine president Harold Cal stated what he sees as the basic question that had not yet been asked: “Are homosexuals themselves basically satisfied with the way they are? From our observation, I think we would have to say they are not. However, opinion is divided upon this issue. Some people, many homosexuals indeed have known other orientation, no other way of life. Therefore they have no basis to make a judgment about whether they are or are not satisfied with their way of life.”

I’m not sure what objective source Cal might be using to make this conclusion or even what precisely he is saying about a gay man who has not had heterosexual sex having no way to judge whether or not he’s satisfied. He is suggesting that, deep down, all gay men would prefer to have sex with women? Whatever he is saying, it is far more frightening than what the other commentators have observed. I was only an adolescent of 14 when Cal spoke these words, but just a half-decade later I found myself quite sexually and emotionally satisfied, and have felt that way ever since.

Although there a preponderance evidence through LGBTQ films produced to that date that even death was often seen as better than being gay, it seems to me if given what Kinsey found—that 18% of the male population are more homosexual than heterosexual in their sexual activities and 37% of the male population has had at least one homosexual experience leading to orgasm after adolescence—and as Margaret Mead noted—that if our society, the defining force of how homosexuality is perceived by a culture, were to be like some native American tribes who see homosexuality and transvestitism as special and even superior—we might find many millions of very satisfied gay US males.

But, if nothing else, this film respectfully brought up some of the major issues which would be thrashed out over the next many decades continuing even today. As KQED station manager James Day opened the documentary, reading a statement from California's then-Attorney General Stanley Mosk:

With all the revulsion that some people feel toward homosexuality, it cannot be dismissed by simply ignoring its presence. It is a subject that deserves discussion. We might just as well refuse to discuss alcoholism or narcotics addiction as to refuse to discuss this subject. It cannot be swept under the rug. It will not just go away.”

Posted by greenintegerblog at 3:16 PM