Tumultes (Tumult), the French version of Robert Siodmak’s 1932 German film Stürme der Leidenschaft (Storms of Passion) is often described as being a dark noir of “murderous rage” which demonstrates the inescapable passions of uncontrollable criminality. As one such correspondent wrote:

“Set almost entirely at night or in shadowy gloom that seems to press in upon the characters, Tumultes is a dark film both thematically and optically. It doesn't leave you with a good feeling about the human race. We are, in Siodmak's vision, wretched creatures, imprisoned and ultimately destroyed by our lowest impulses. Twice in the film Ralph [Boyer’s character] gets free from captivity. But his freedom is illusory. His obsessive jealousy and pride, centered around the femme fatale Ania, make his downfall a grim inevitability.”

I’ve not seen the German version, which, long thought to be lost was found eventually with kanji side-titles in Tokyo’s National Film Center, but the French version, staring Charles Boyer is actually nothing of the sort. Or perhaps, as often happens, I just read it quite differently.

Whereas some of these commentators, accordingly find Boyer’s character as unlikeable and assess the ordinarily suave actor’s attempt to play a tough criminal character an ill fit (I presume they are forgetting Boyer’s 1944 role as a truly disgustingly obsessed villain in Gaslight) he is presented in the film I saw, in fact, as a quite likeable being from the very first frame as, working in the prison kitchens he tosses in some flavoring to the soup, adds salt to the meat which he slices up in larger chunks than usual, and ladles out certain prisoners—in exchange for a single cigarette from each—an extra portion, the latter for which he is caught by the authorities and chastised. As he explains, his mother as always described him as a soft touch. Soon after, Ralph Schwarz is, in fact, released early from prison.

Faced with the late Weimar Republic world on the brink of Hitler’s Nazism—Siodmak would escape to Paris a year after this movie, and from there move on to Los Angeles in 1939—Ralph is rather taken aback by the rise even in the cost of the trolley fare, and recognizes that in some ways he had it had it better off in prison. He reminds us a bit more of Franz Biberkopf from Alfred Döblin’s 1929 novel Berlin Alexanderplatz, adapted to German cinema only the year before (and, of course, later brilliantly remade by Rainer Werner Fassbinder in 1980), a kind of beloved fool more than an obsessed criminal mind.

Ralph’s only desire is to return to his lover Ania (Florelle) and when the neighboring women get wind of his return, they’re all so delighted they shout over to one another through their open windows to share the news. And no one seems more pleased for Ralph’s return that the chef of the local cooperative bar, “Emma” Emmerich (Louis Florencie), the film’s “pansy” figure who is so excited and overwhelmed with the news that his pal has been released that he is having difficulties getting orders out of the kitchen, making time, nonetheless, to flamboyantly announce his new plans for the grand festival he’s organizing which will involve the whole community, including Ania singing. 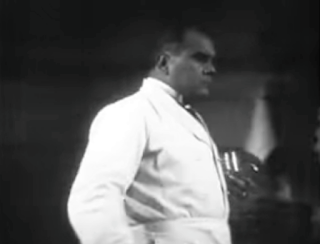 Obviously Ralph is far cleverer than the dense-headed Biberkopf, but he is ignorant when it comes to his blind love for Ania, who has been cheating on him with a photographer, Gustave Krouchovski (Thomy Bourdelle) having taken several nude photos of her which she hides by sending them off with her best female friend, Yvonne (Clara Tambour) for safe-keeping.

Ralph seems more interested in meeting up with his old criminal gang, who appear to call each other by feminine nicknames (at least in the translation I watched), than in having sex with Ania. 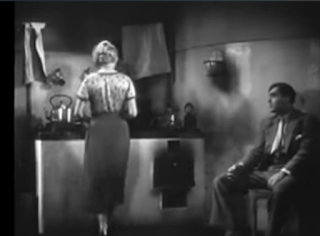 When she plants a lipstick kiss upon his cheek, he slaps her, having evidently forbidden her to wear cosmetics. And he is even more consumed by the mail he has received in his absence, particularly when he reads a note from his friend asking him to help in the release of an apparently parentless boy from prison, Willi (Robert Arnoux). Indeed, pretending to be a local cashier, he achieves the boy’s release only to be disappointed that the kid isn’t better looking (“Poor boy. You’re so ugly.”)...and brighter, as if he were taking custody of him for his personal delectation.

As for future criminal plans, when his friends suggest the heist of a local bank through the tunnels via a local candy store, he declares it far too dangerous and perceives their planning to be elementary, something that will take many more months. His “friends” determine to proceed without him, using the upcoming festival as a kind of cover, hoping to arrive by its end after the robbery to establish their innocence.

Meanwhile, at the festival, Ralph discovers that the others are robbing the bank at that very moment, rushing off to help them knowing that the police will soon be alerted of their acts. By pretending that he is a guard at the bank, he tricks the police to ignore the alarm going off at that very moment, and rushes to help his friends escape from the tunnels in which, after using explosives incorrectly, they are now trapped—events which, according to critic Christoph Huber, appear only in the French, not in the German version. He later again pretends to be a police guard sending a police van off so that his acquaintances can escape.

Back at the festival Ania is furious when the tickets Ralph as bought for the raffle for an ermine coat, fail to win; and, blind-sided by his love once again, Ralph rushes off, trying to please her by stealing just such a coat from a local furrier. Upon his return he finds her missing, the loyal Willi finally revealing that she has shacked up with the photographer in a room nearby. 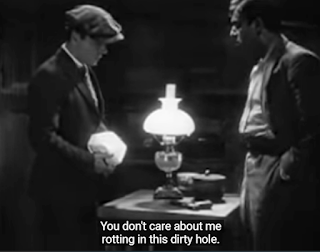 Throughout this misogynistic tale, the only truly fatal flaw that possesses Ralph Schwarz is his almost incomprehensible commitment to the woman he believes he loves. Like a tragic operatic figure, Ralph is wed to conventional heterosexuality despite the fact that the movie keeps suggesting that he desperate to pull away from it, even when, after he has killed Gustave in revenge and the police come looking for him—oddly, for stealing the coat, not the death his has facilitated—he appears to have shacked up with Willi, accusing him of not caring anymore about him, and finally disavowing the faithless Ania and any other woman in his life.

Like a drug, however, he cannot resist the lure of her deceitful love, sending Willi on a voyage to bring her to his hidden encampment. Like Wedekind’s Lulu, she seduces the boy instead, handing the address Willi has provided her over to the police.

Ralph’s detective friend Goebel shows up to arrest him, at one moment in the interchange between them Ralph grabbing the man’s gun; but even then he cannot kill him. Ralph can kill, it appears, only in love’s revenge. Goebel tells him that it has been Ania who has betrayed him once more.

Ralph is arrested and sentenced to six years in prison, Ania and her new lover Willi now believing they are free of this passionate mad man. Yet the indomitable Ralph escapes, returning for further revenge. In a brutal fight outside of his former flat, he nearly kills Willi but once more cannot bring himself to destroy another man, leaving him alive while trying to convince Willi of his own folly since he is certain that the woman will eventually betray him as well. 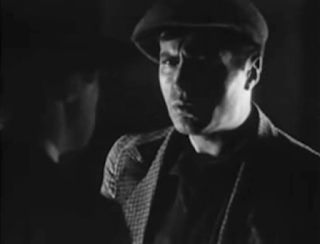 When yet again Goebel arrives to arrest him, the idiot romantic finally seems prepared to leave all the tumult of the world of “normality” forever, destined to return to a prison where he can remain locked away in a society in which he can openly express his kindness and friendship to those of his own sex.

In sum, while superficially Siodmak’s work is a grand expression of a passionate heterosexual male who is disappointed that his woman “done him wrong” again and again, it is finally a rather gynophobic homily against womankind. In his behavior we finally recognize the “hero” of this tale as a manically closeted queer, a man who actually gets on well with those of his sex if they simply return his love and admiration. From the wide open world of normative heterosexuality, this film shows Ralph endlessly pushing at the door wherein lies the realm of the “other,” finally entering therein after having come to terms with his inability to live in the normative sexual world. As Ania recalls, “Ralph always said he was happiest living in jail.”