Sam Taylor (screenplay, based on a story by Karl Vollmoller), D. W. Griffith (director) Lady of the Pavements / 1929

The real gem in this 1929 silent picture story of revenge is Lupe Vélez who plays the sleazy cabaret singer, Nanon del Rayon, of The Smoking Dog (I’m not making this up). Working for Papa Pierre (Henry Armetta) Nanon holds the attention of her customers and D. W. Griffith’s camera whether singing “You Tickle Me—I’ll Tickle You” or her chaste love song, which Griffith later recorded and released as a disc to accompany the picture (and which amazingly made it onto the pirated DVD from a televised broadcast I’d purchased online).

Fortunately, Nanon is on camera for most of this predictable “aristocrat-meets-up-with-street-girl-and-falls-in-love” story, for the rest of the film is basically a costume drama over which the evil Countess Diane des Granges (Jetta Goudal) hovers when Griffith is not making love to Count Karl Von Arnim’s (William Boyd) handsome profile when Nanon’s offstage. 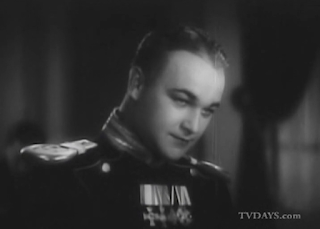 Prussian attaché serving in Paris, Count Karl is about to marry Countess Diane until he arrives at her mansion unexpectedly one evening only to discover her having sex with the Emperor himself. The old-fashioned kind, Karl will not excuse the behavior of his future wife, even if it’s the emperor who visits her bed, suggesting he’d be better off married to a lady of street than to the lady who moments before ruled his heart.

Deeply offended by his denigration of her considerable social status the Countess determines to make certain that Karl gets precisely what he asked for, summoning the Chamberlain to procure a lady of the “pavements” (hence the film’s title) who they might pay to convince Karl to fall in love.

If Nanon at first visually looks the part, the Chamberlain and dance teacher M’sieu Dubrey (Franklin Pangborn) find it nearly impossible to teach the girl anything beyond a clumsy curtsey. Although they’ve dressed her up in a lovely gown for the ball, she keeps lifting up her skirt and petticoat as if she were about to launch into a raunchy can-can or, more precisely, she were trying out for the title role of Charles Walter’s The Unsinkable Molly Brown (1964). 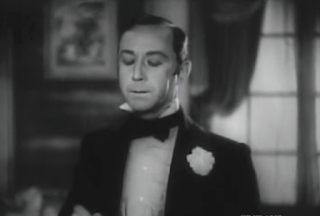 The more the Chamberlain and the prissy sissy Pangborn attempt to instill a bit of self-control, the wilder Nanon gets until finally even the arbiter of correct demeanor realizes he’s met his match. When the Chamberlain leaves the room on an errand, the film’s queer finally decides to give it up and join the heterosexual heathens, attempting to plant a smooch on his utterly resistant hussy’s lips, resulting in a hurricane of fury as she knocks him the ground, tops his frail frame and begins to beat him to a pulp until the Chamberlain returns to break up the one-sided battle; and even then she’s ready to take him down again until he has no choice but to slink out sight and out of Griffith’s movie in order to allow the film’s more predictable goings on.

Of course, Nanon plays the young Spanish convent girl as perfectly as Audrey Hepburn’s performance at the grand ball of George Cukor’s My Fair Lady (also 1964). Without a hitch Count Karl falls metaphorically head over heels in love and two or three dates later asks her to marry him. 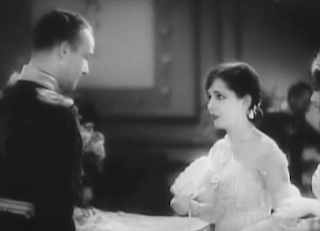 Obviously Nanon, especially after the Chamberlain’s visit, has her doubts, despite the fact that she has also developed a crush on the Count. But to save her lover the embarrassment and herself the pain when he discovers the truth of her former life, she’s prepared to go on the run until Diane, ready to go the whole hog with her evil plot, convinces her to follow her heart.

The two marry, Diane insisting on throwing the couple a grand dinner party for which she secretly hires the rustic orchestra of The Smoking Dog, forcing Nanon to either to pretend not know her long lost friends or admit to her native habitat.

She temporarily loses her stuck-up hubby, but he soon comes round to The Smoking Dog to claim his wife, realizing that love if always more important than a perfect pedigree. Only Pangborn, had Griffith let him hang around, might have disapproved of their closing kiss.

Posted by greenintegerblog at 5:07 PM