According to The Venerable Bede’s Ecclesiastical History of the English People Pope Gregory I sent Augustine on his famous “Gregorian mission” to Britannia because of an encounter in the Roman market place where he saw fair-haired, fair-skinned Saxon slaves being sold. Asking about their origin, he was told they were Angles, upon which, punning in Latin, he responded, “Not Angles, but angels.” Even if the reason he sent Augustine on his mission was for various other reasons, it is still commonly regarded that this encounter is behind his decision to bring Christianity to the Angles, or the Angels. 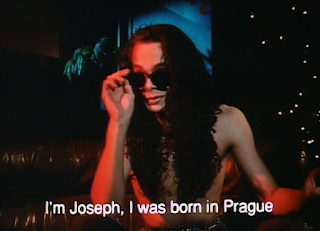 Wiktor Grodecki’s first film in his Czech boy prostitution trilogy takes this title in part to describe the beautiful faces—in a Prague filled with sculptures of saints and angels—of the boys who, in the manner he will use again in his second film, Body without Soul, introduce themselves by name and age before revealing that they work as prostitutes or, as some describe themselves, as hustlers. In this documentary, Grodecki introduces us  to 15 boys in all (Joseph Gregori, Honza, Jarda, Joseph, Lada, Libor, Marcel, Marek, Michael, Mirek, Pepa, Peter, Radek, Robert, and Roman) who range in age from 14-19, most of them older than the boys in his second documentary. 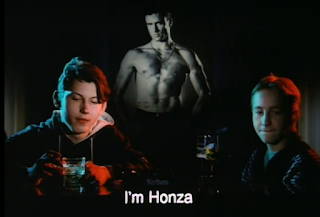 Having not quite mastered his documentary approach, the director here intercuts between the boy’s answers to several stock questions, not all of which we hear, but which we can clearly discern: “What’s your name and what do you do?”; “How did you become a  male prostitute?”: “Who are your customers and where do you meet them?” “What kind of sexual acts do you perform with them and how much do they pay you?”; “What is the best and worst thing that has happened to you as a boy prostitute?” “Do you fear for AIDS or other diseases?” “What are you dreams for your life?” and “Do you fear for your futures?” 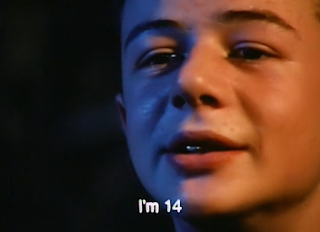 As if we needed further explanation of the rather straightforward, if varied answers the boys provide, Grodecki also interviews a Pimp who works in the central  Prague hot spot for homosexual pickups, the main train station, where the director receives rather clear cut and seemingly honest answers from a man named Ondra. 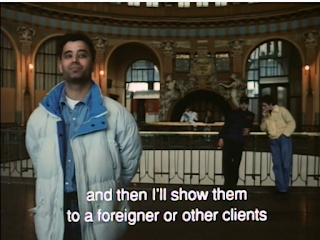 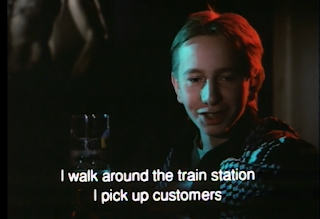 Although the answers vary somewhat, most of these boys, as we discover in the second installment as well, come from outside of Prague, dissatisfied or rejected with and from their families, arriving in the Czech capital hungry and with no money. Most often they are first approached in the train station in which they arrive, or are later encouraged by other boys of their age in the several major Prague gay clubs, Peter Volk, Vladek, Mercury, Riviera, and the T-Club to seek out a living by sleeping with paying men. Some pick up men at the swimming arena at Polidí Park in the summers. Their johns are mostly Germans or other Czechs, but Germans are definitely preferred since they pay better, up to 1,000 Czech crowns, but the payment varies greatly. One boy admits to have only charged 35 crowns his first time out, knowing no better, but many describe the going rate at 300 or 500. Some travel to Hamburg, Berlin, and Amsterdam to increase their income, Hamburg apparently being the favorite of those who travel. One boy describes how in Amsterdam he was forced to remain in a room with others until called to perform sex acts with men in another room in which all terms had been previously agreed upon without his involvement. Sometimes I was forced to be fucked by 3 or 4 men in a single day. He claims he will never return to Amsterdam. 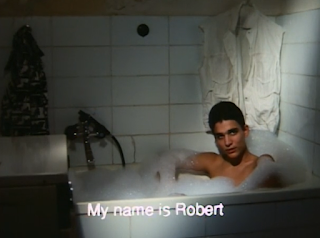 Almost all the boys declare themselves to be heterosexual or, at the very least, bisexual, many claiming to have girlfriends. A few admit to being exclusively gay. And one young boy, Radek, adamantly declares his difference as being a true bisexual who has the advantage on all the others because he divides his time equally between male and female customers, although he doesn’t give any specific evidence of his female audience and provides no real financial figures. 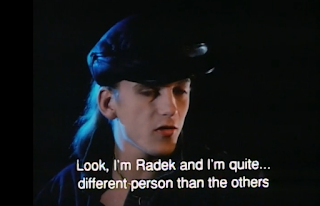 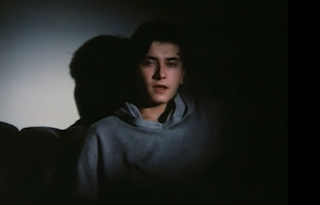 Although several admit to robbing their clients, most state that they are honest when it comes to their johns, Joseph even offering up his identification card to be held by his client until they finish their sexual encounter. Several boys describe their worst experiences as centering around their encounters with Sado-masochists, one evidently being almost beaten, and others finding the requests to whip, shit, and piss upon their customers as disgusting, although one boy rather enjoyed the latter acts.

Almost all the boys insist they primarily wear condoms, but all almost equally admit that when specifically requested by Germans, Swiss, or Austrians to go without, they have acquiesced.

Several, of course, are frightened about AIDS, but almost all seem to have come to a sort of acceptance of the fact that providing the services they do they are always facing the possibility of death, and some play a kind of bluffing game about the disease as if that will keep it away from their own bodies. One talks of losing a friend to AIDS. 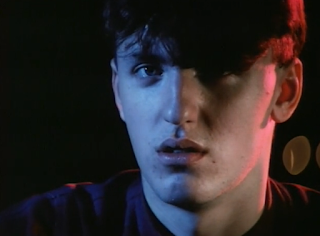 Strangely, when it comes to their future dreams, presumably when they reach the age that they will no longer be desirable, their aspirations are quite abstract, most of them simply defining themselves as finally working in an office, or creating fantasies that they might find a rich man some day who will take them away and keep them for the rest of their lives. One insists someone he met from California will one day return to take him there. At present, all insist that they are either unable to find jobs  without previous experience, but also that they could never make the kind of money they do as prostitutes in regular employment. As I mentioned above, most of these boys describe their standard rates as being between 500 to 1,000 Czech crowns. Grodecki gives us some sense of proportion by beginning the second work of his series with the fact that 1,000 Czech crowns amounts to about 35 US dollars. And the boys reveal at one point that much of the money they do make is spent on slot machines and games at the clubs. A great number of boys seem to use the trains station as their nightly bedrooms.

Although Grodecki appears to be non-judgmental in gathering up this information, in fact the way his camera hovers upon their often flinching and confused faces or cranes in for a closer look when what one of the boys says sounds suspicious or unconvincing, which almost has the effect of seeming to stare-down  his subjects for a truth they are not providing, made even worse by his occasional but regularized insertion of pixelated porno images of boys, the smug and fatuous faces of older johns, and an entire scene when, inexplicably, he runs footage of a tattoo-covered tramp who finally undresses and walks outside naked.

His use, moreover, of carefully chosen music of Bach’s St. Matthew’s Passion, Mozart’s Requiem, and the Aria from Villa Lobos’ Bachianas Brasileiras No. 5—all surely meant to underline the saintly beauty these working boys—somehow sentimentalizes their chiseled but often pimpled visages.

These  boys often do seem all at angles instead of simply appearing as angels, the angles shot by cinematographer Vladimír Holomek becoming distorted in the process. 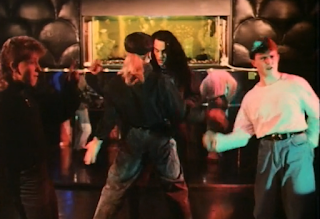 Perhaps some of the best shots of these young hustlers are of the same teenagers taken out of the dark shadows and the bubble-bath tub wherein they are interviewed onto the dance floor of one of the many clubs they regularly visit where they seem to be just a bunch of kids trying to have some fun.