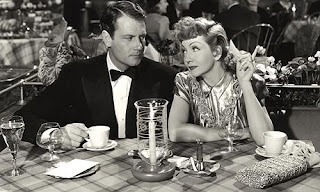 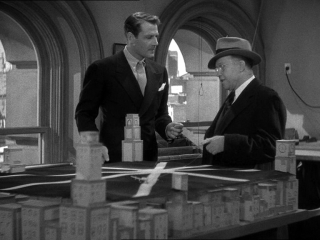 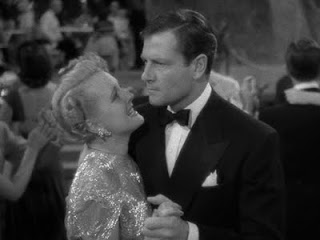 One the funniest of films about the institution of marriage, Preston Sturges’ The Palm Beach Story, almost did not get made. The script, originally titled Is Marriage Necessary?, was rejected by the powerful censors at the Hays Office several times—despite continued changes—for its “light treatment of marriage and divorce,” along with its “sexual suggestive” situations.
It’s hard to imagine what those revised situations might have been, but they certainly would have had to involve Mary Astor’s man-hungry character, Princess Centimillia, who criticizes her would-be lover, Captain McGlue (Joel McCrea) (in the film’s reality, Thomas Jeffers, the husband of Geraldine [Claudette Colbert]), who accuses him, at one point when they are dancing, of “letting her flop around.” This is a woman who has been married, in the original script, eight times (plus two annulments), and she wants most definitely to be held tightly.
But letting her “flop around” might also be Gerry’s complaint of Tom, who, because of his inability to support her, lets her slip away to flop where anyone will let her, staying one night in a train car filled with gun-toting, drunken millionaires of the “Ale and Quail” Club, and literarily losing all her clothes. She has escaped the Club’s railroad car because of because they have taken up target practice with their rifles; the engineer orders the car that car to be uncoupled and left.
By the next day at the she has been invited to be a guest in the palatial estate of America’s richest man, John D. Hackensacker III (Rudy Vallee), an obvious jibe at John D. Rockefeller.
Tom is a ridiculous dreamer, an architect who is trying to build airplane landing nets that hang over downtown city streets! If he could only raise $99,000 to test it out!
Before her amazing voyage from New York to Palm Beach, the couple was about to lose their glamorous apartment, with the grocery bill is growing larger every day. Gerry, a long-legged beauty, insisted she could do something about it and packed her bags to prove her theory.
Apparently, she was right, for just by standing in her bathroom in her wrapper the hilariously near-deaf Wienie King (Robert Dudley) handed her a substantial amount of money, and on her second day out Hackensacker has purchased an entire wardrobe for her, including a diamond bracelet, agreeing to invest in her brother-husband’s absurd invention. He’s clearly fallen for her, and when Tom shows up to claim his wife, Hackensacker’s sister, the Princess, is just as determined to claim Tom for herself.
The only problem is this irreverent marital comedy is that the two, Tom and Gerry, are still in love. The propulsion of the movie, accordingly, hinges on the strange question: What are we going to do about it? Who could resist the life styles of such rich and famous beings?
Fortunately, the would-be lovers are as ridiculously outsized as the comic-book pair at the center of this tale. As Hackensacker observes of the Princess: “You know Maude, somebody meeting you for the first time, not knowing you were cracked, might get the wrong impression of you.” Even she admits “Of course, I'm crazy, I'll marry anybody.” Her former “lover” Toto (the marvelous Sig Arno) gives evidence for that!
The more reserved Hackensacker is almost as hilariously absurd when he reveals to his sister that he determined to “bundle” with his wife just to test her out. His idea of romance is as ridiculously ancient as the actor who plays him, crooning to his sweetheart outside her window in the dark.
Tom and Gerry are not just a bit “screwy” because of their refusal to accept their marital bliss, but, as those viewers who have stayed attentive during the credits, they are perhaps not truly who either of them think the other is. By film’s end we come to realize that they are both identical twins, and that the intended wedding couple was hijacked from their own marriage plans. As in Mozart’s Cosi fan tutti, by film’s end we truly don’t quite know who was married to whom, as Tom and Gerry call their twins to their rescue, who marry the wealthy Hackensacker and Princess in their steads.
In such a world perhaps there is no true need for marriage, just love and sex. In the “real” world the Hays Office let the movie proceed only after its director-writer, Preston Sturges, reduced the number of Princess Centimillia’s marraiges to three (plus two annulments). One has to ask, is the film world or the real world more like a screwball comedy? For Sturges’ characters get everything they wanted: love, sex, and wealth! Or—as the film itself asks—do they? At least Tom can build his airport!