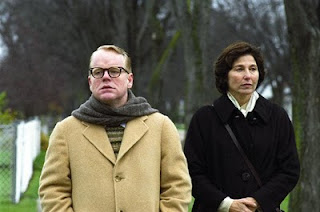 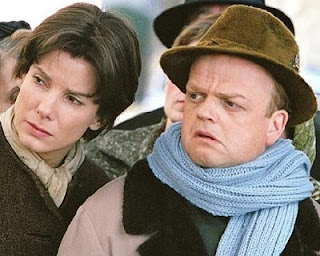 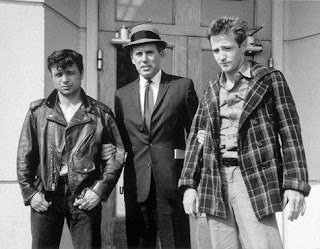 After the release of the 2005 film Capote, and before I even knew of the existence of a second film, I planned on writing an essay on the author and his novel of 1965, and had shared my interest and reading activities (I reread In Cold Blood soon after viewing Capote) with several friends. When I mentioned to Wendy Walker that I was planning this piece, she quickly responded: “Well, of course, that’s where it all began!”

One might normally have questioned the pronoun of her sentence: what did she mean by “it?” But I knew from the context of our conversation that what she was referring to was not just the new journalistic writings of figures such as Tom Wolfe, Norman Mailer, and others that followed Capote’s work, but that she was implicating all the journalistic lies and half-truths—from the fraudulent writings of Stephen Glass in The New Republic of the late 1990s to the exaggerated (and untrue) pre-war reports on Iraq by Judith Miller and the fictitious reporters the Bush administration planted in the White House news room—events which increasingly have given rise to a distrust of the American media.

Capote’s highly acclaimed work about the murders by Dick Hickok and Perry Smith of the Holcomb, Kansas, Clutter family in 1959 was advertised, at least, as a novel, a work of fiction. But Capote’s own claims that his “non-fiction novel” was “immaculately factual” and that he was able to recall “with 95% absolute accuracy” the conversations he had had with police, local citizens, and the criminals themselves all suggested to readers of the time that what they were reading were artfully arranged “facts.”

From the very beginning Capote faced criticism for his so-called new genre (obviously writers such as Twain and Hemingway, to name only a couple, had done such work earlier, without describing it as journalism) by writers such as John Hersey, who admittedly wrote in works such as Hiroshima about fictional information descriptively, but who felt that in the case of In Cold Blood the “fictionist decidedly had the upper hand over the journalist.” A year after the publication of the book, Phillip K. Tompkins returned to the small Kansas town to interview several of Capote’s sources, discovering in the process that some locals felt that Capote had extensively embroidered upon events and personalities and, in a few instances, had actually lied. In particular, Josephine Meier, the wife of Holcomb undersheriff—whose apartment contained the “ladys’ cell” in which Perry Smith was incarcerated—contradicted several aspects of Capote’s telling.

Through several chapters in the novel, Capote suggests that Mrs. Meir and Perry had grown close over Smith’s imprisonment, that she had cooked several special dishes for him and sat talking with him at length. To Tompkins, Meir reported, contrarily, that she had spent little time with Smith and had not communicated very much. After the local trial, In Cold Blood notes of Mrs. Meir:

….after everybody had gone, and I’d started to wash some dishes—
I heard him [Smith] crying. I turned on the radio. Not to hear him.
He’d never broke down before, shown any sign of it. Well, I went
to him. The door of his cell. He reached out his hand. He wanted me
to hold his hand, and I did, I held his hand, and all he said was “I’m
embraced by shame.”

Meir denied both that she had heard Smith cry and that she had held his hand. Certainly, the passage is a moving one that helps the reader to sympathize with Capote’s anti-hero Perry Smith, but if the actual player is to be believed, the events were fictional.

One does not need to know the facts, however, to perceive that Capote’s work is stuffed with literary devices. Throughout the book Capote observes his figures from an Olympian position that I would argue betrays his fictional approach to reality. Reporting Herb Clutter’s activities, for example, on the day of Clutter’s death, the author ends the chapter:

Then, touching the brim of his cap, he headed for home and the day’s
work, unaware that it would be his last.

The device may be dramatically effective, but it is also a hollow one: do most of us foresee the moment of our deaths? How could Capote know that Clutter touched the brim of his hat?

Similarly Capote often provides reams of “facts” that, no matter how long he had talked with the two criminals and no matter how much they had remembered and revealed to him, seem unlikely information to which the author was privy. As the two murderers share a meal at a Kansas City diner, Capote writes:

Dick ordered another hamburger. During the past few days he’d known a
hunger that nothing—three successive steaks, a dozen Hershey bars, a pound
of gumdrops—seemed to interrupt. Perry, on the other hand, was without
appetite; he subsisted on root beer, aspirin, and cigarettes.

One could believe that Capote was told of Perry’s eating and smoking patterns, but not that he would have known of the precise culinary intake of Dick Hickok. Are we really to believe, moreover, that even in Perry Smith’s extensive interviews with the author revealed the sexual of Hickok conversations in bed with a Mexican woman: “As though reciting a rosary, Dick incessantly whispered ‘Is it good, baby? Is it good?’” These, I argue, are the details of a fiction, a romance, not of an “immaculately factual” work.

One might trace the character of Perry Smith, in fact, back to Capote’s 1950 story, “The Diamond Guitar,” in which a prisoner, Mr. Schaeffer, encounters a young eighteen-year-old guitar player, Tico Feo, befriending his fellow inmate and together planning their escape from the highway gang in which they work. A deep homoerotic relationship—although it remains asexual—develops between the two, as they imagine a world outside their prison quite similar to the one which Perry imagines in Mexico with Dick Hickok. Soon after their escape, they are recaptured, and Tico Feo is killed in the fray.

For Capote the real murderer—a man who shared the author’s shortness of stature and his sense of a displaced childhood—became a perfect romantic figure with whom, as the movie Infamous makes quite clear and Capote more discreetly hints, he apparently fell in love.

Both films focus their attentions on the distance between Capote’s sense of truth—Capote begins with the author boasting that he “is always honest”—and the reality of his life. Both works also suggest, as I have mentioned, that there was more than a journalistic relationship between Capote and Smith; and both works present the author as a figure who betrayed the murderers while he was simultaneously manipulating them to reveal the minute details of their lives. Capote and Infamous both counter Capote’s out-rageousness—his absolute freakishness within the Kansas society of the ordinary—with Capote’s child-hood friend, the novelist Harper Lee, played brilliantly by Catherine Kenner and even more intelligently represented in Infamous by Sandra Bullock (reputedly turned down for the same role in the earlier film). Given the exaggeration of Capote’s per-sonality, Philip Seymour Hoffman portrays the author in a respectfully impish manner, while Toby Jones’ acting in Infamous perhaps gets closer to the actual man. In all these respects, both movies concern themselves with the intimately painful gaps in Capote’s life between his persona and his “true” being, both arguing that the moral gaps helped to destroy his writing and resulted in his early death.

In the end Infamous seems to me to be the superior film, simply because it spends less time on the glorification (generally self-glorification) of Capote’s supposed talents, instead revealing the shallow and hostile context of his social life, filled with gossipy luncheons with his “swans,” Babe Paley, Diana Vreeland, Slim Keith, and others—a world in which each attacked the others behind their backs.

In a social world at the opposite end of these glamorous New York scenes, Hickok and Smith had also been victims—of their parents, friends, jails, the American economy—and so too would Capote, in turn, victimize them. Perhaps the most shocking and yet revelatory scene of Infamous occurs when Perry Smith (stunningly performed by the current James Bond, Daniel Craig) turns the tables, so to speak, threatening Capote with rape. His howl of the unrighteous reminds one of the later outrage of many of Capote’s wealthy “swan” friends when he attempted later to publish his satiric work Unanswered Prayers—using his wealthy friends as the source of his characters. Obviously the significant difference between those who felt betrayed by Capote is that the “swans” could easily survive their “metaphoric” slaughter, while Smith and Hickok—despite Capote’s legal attempts on their behalf—ended with ropes about their necks and their actual deaths.

In short, both of these films center on Capote himself and his inability, in the end, to know whether he was living in the “real” world or in a world of his imagination; perhaps to him there was no difference. So too does Capote, even in the bravura of his writing, call as much attention to his literary feats as to his sympathetically portrayed killers who sought out the American dreams their victims and the author had attained.

In hindsight, perhaps the most poignant and intelligent of films on this subject was Richard Brooks’ 1967 film In Cold Blood, shot in gritty black and white. True, Brooks often banally psychologizes his figures, but here we finally come to comprehend how Smith (convincingly portrayed by actor Robert Blake, later tried for his own murder) and Hickok, locked in a homoerotic relationship hidden even from themselves, became the perfect killing machine. Smith saves Clutter’s daughter Nancy from rape only to slit her father’s throat, unleashing a fury of pent-up love and hate. In that respect, we have to grant that Capote knew a good story when he saw one. Violence is seldom a singular act, and in the American experience we might say it is nearly always a cultural event. At the end of In Cold Blood, the self-confessed murderer cannot even comprehend his own connection to the events; not only does he fail to recognize the absurd contradictions of his statements (“I thought Mr. Clutter was a very nice gentleman… I thought so right up to the time I cut his throat.”), but he is unable to perceive his place in the society at large as part of the human race (“I’d like to apologize, but who to?”).

Joanne Carson recalls reading one of the unpublished chapters of Unanswered Prayers, “And Audrey Wilder Sang”:

It’s about Hollywood, and the beautiful people of Hollywood and New
York, and how they’re not beautiful. There was one vivid scene where
a woman is talking on the phone in a business office and somebody jumps
off the roof above and goes past and she just continues talking.