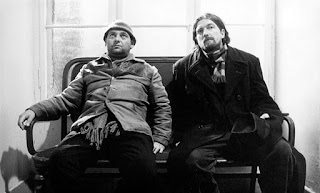 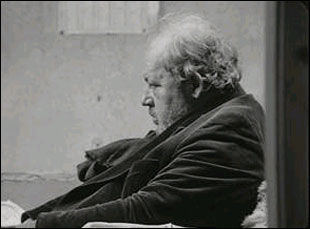 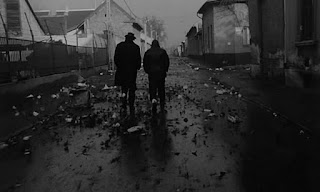 the spiders’ webs
by Douglas Messerli

Béla Tarr and László Krasznahorkai (writers), based on a novel by Krasnzhorkai, Béla Tarr (director)
Sátántangó / 1994

Many film critics have written about the endurance it takes to see Béla Tarr’s 7 1/2 hour cinematic masterwork, Sátántangó (Satan’s Tango), so I undertook my attendance at the Los Angeles County Museum’s premier of this work—which requires sitting through two hours before a ten minute break, sitting through another 2 ½ hours before a dinner break of one hour, before undergoing the final segment of about three hours in length—with some trepidation. Would my bladder hold out? Might I fall asleep staying up so late beyond my usual early bedtime?