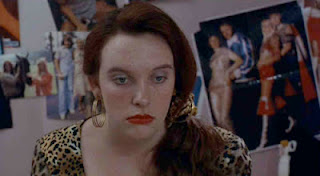 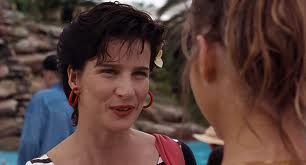 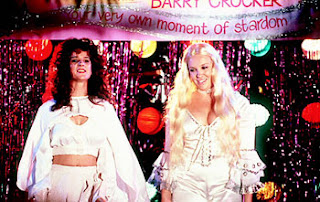 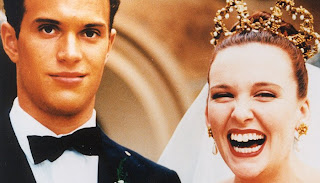 
1994 was a great year for Australian actor, Bill Hunter, who played in two of the ABBA movies I'm discussing, The Adventures of Priscilla, Queen of the Desert and Muriel's Wedding. Although he appeared in no scenes in which ABBA songs were played or discussed, I'd be fascinated to know his opinion of the popular Swedish group.


A "gentleman" of the old school in Priscilla, in Muriel's Wedding Hunter plays a thorough scoundrel, Bill Heslop, a failed politician, now serving as Council President in the small town of Porpoise Spit. Heslop is an uneducated tyrant, whose four children appear to be slightly mentally retarded. His abused wife, Betty (Jeanie Drynan) seems to have lost herself along the way, spending much of the film in a kind empty reverie. Mostly the children sit watching the telly or, in the case of Muriel (Toni Collette), running to her bedroom to escape into the fantasy world of ABBA.


The film begins at a wedding of one of Muriel's high school acquaintances, as the bride tosses the wedding bouquet. Muriel, dressed in an outrageous leopard-topped outfit, catches the bouquet, much to the distress of the bride's close friends, a gaggle of young brats who have joined in the kind of imbecile clique one finds in any American high school—and apparently in Australia as well. These young women and their boyfriends, having served as homecoming queens and kings and their court attendants, never  outgrow that glorious moment in their youths, even as their faces sag and their stomachs grow fat. For now, they are the "beautiful" set, to which Muriel, a hefty, awkward, and not-too-bright woman would love to belong.


As Muriel walks through the house she observes the groom having sex in a laundry room with another girl of the group, not the bride.


Soon after, the police show up, and Muriel is carted off. She has evidently stolen the outrageous costume upon her frame. The embarrassment and shame of her acts are all her father can comprehend, as he buys off the policemen by chatting up memories of their sports past and sending then off with a case of beer. Muriel's younger sister Joanie chimes in, as she does from time to time, "You're terrible, Muriel."


Soon after we witness a business dinner in which the despicable Heslop berates his family in from of his Japanese guests. Soon after, a friend happens to drop by:

Bill: Deidre Chambers. What a coincidence.


The event and reaction happens so many times throughout the film that the humor gradually begins to turn into a sharp knife that cuts through the comedic structure of Muriel's Wedding, particularly when we begin to perceive the consequences of his not-so-secret affair. His wife, however, currently remains clueless, as Deidre praises her as part of the distraction. Betty is so bruised that any kind statement absolutely lights up her face.


So too has Muriel loss any sense of self worth. As her "friends" plan a junket to an island get-away, Muriel fantasizes that she may join them. In no uncertain terms they tell her that they do not want her company any longer, not just on the holiday, but ever. Muriel bursts into tears, which they see as further proof of her inability to "behave" appropriately.


Not only is Heslop having a relationship with Deidre, but he requests his own wife weekly to write out a check to her. This time it is made out to cash with no amount specified. Since Muriel has made an appointment to meet with Deidre about selling beauty products, she is asked to deliver the check—with the near-inevitable outcome.


So begins the real story of Muriel, as she shows up, much to their dismay, at the same hotel where the girls are staying. This time something different happens: another woman appears, who seems to know Muriel:


Rhonda: Are you Muriel Heslop?
Muriel: No.
Rhonda: Yes, you are!
Muriel: Why?
Rhonda: I don't know why, you just are.


So begins a series of denials and lies about Muriel's own identity, as she attempts to carve out a new self that might be closer to her dreams—all of which include marriage and the joy, at least to her way of thinking,  that comes with it.


Another of the girls whom the set rejected, Rhonda befriends Muriel and, being a gutsy, sexy individual, reveals  what Muriel has told her, that the bride's husband has been having sex with friend beside her. Soon after, we see Rhonda and Muriel, the first time for the latter, utterly enjoying themselves, both dressed in white, as they mime the lyrics to ABBA's "Waterloo."* Although they cannot comprehend it themselves, their white apparel and the love lyrics they are mouthing are absolutely appropriate, for despite all the circumstances of the rest of the tale, they have, in fact, been spiritually wedded.


Those "circumstances" include an investigation of her father (since Muriel has written a check for far more than his own funds), her and Rhonda's escape to Sydney—where Rhonda initiates her into a world of wild heterosexual sex—and Rhonda's sudden collapse, signaling that she has cancer, the operation leaving her crippled for life. Through this whirlwind of events, Muriel matures somewhat—as she observes to her new friend:

When I lived in Porpoise Spit, I used to sit in my room for
hours and listen to ABBA songs. But since I've met you
and moved to Sydney, I haven't listened to one ABBA song.
That's because my life is as good as an ABBA song.
It's as good as "Dancing Queen."


Yet she has still not come to terms with herself and her desires—she is still, after all, a bit slow-minded; she has yet to comprehend who she is and what she might truly want out of life. Secretly, Muriel, who now calls herself "Mariel," begins to visit wedding dress shops, trying out various dresses and collecting the photographs into an album as if she has lived an entire life of wedding-going, with her always as the bride!


When Rhonda discovers the album and confronts her, Muriel cannot understand why this has caused such a rift between them. Soon after, she signs up for a sham wedding with a handsome South African swimmer, determined to join the Australian team by obtaining marital citizenship.


The wedding itself is a grand affair, with the braggart Heslop in his prime, Deidre at his side. Betty arrives late, but is not even observed by her excitedly giggling offspring. Even though it is a not a "true" wedding, Muriel obviously sees herself as having gotten what she so longed for. And, one must admit, she has suddenly blossomed into a beautiful bride. Rhonda's reaction, that of a spurned lover, severs their relationship:


You're right, you are a new person, and you stink. "Muriel Van Arkle"
stinks. And she's not half the person Muriel Heslop was.


David: What kind of person marries someone they don't know?
Muriel: You did.
David: I want to win. All my life I've wanted to win.
Muriel. Me too.


She has, of course, "won" nothing except the money she has been paid. A telephone call reports her mother's death. Suddenly, Muriel is forced to face realities she has never dared to. Her mother, having burned the grass her lazy son consistently refused to mow, has committed suicide. Deidre is already busy house-cleaning, intent, obviously, on immediately moving in.


The shock of her mother's unexpected act seems to awaken Muriel who finally comprehends that marriage is not a wedding ceremony, but a state of being, a commitment to love. Her final revelation comes through an admission to her husband, after a surprising sexual encounter, obviously her first:


Muriel: I can't stay married to you, David. I have to stop lying now.
I've told so many lies...I don't love you.
David: I don't love you either, but I think I could like having you
around.


Told to keep the money, Muriel returns to Porpoise Spit, sharing most of it with her father upon obtaining the promise that will stop verbally abusing her brother and sisters. Her next stop is ineluctable: the house in which Rhonda is now living with her mother.


Visiting her are the obnoxious "set" of the earlier part of the film. When Muriel asks if Rhonda will join her in Sydney, her friend's reply is immediate:


Sorry, Mum. You know I love you, but you drive me crazy. And you
three [the high school trio], what a bunch of cocksuckers.


Rushing off into the horizon with her friend, Muriel finally has come understand what love is.


My, my, at Waterloo Napoleon did surrender
Oh dear, and I have met my destiny in quite a similar way
This history book on the shelf
Is always repeating itself


Waterloo - I was defeated, you won the war
Waterloo - Promise to love you forever more
Waterloo - Couldn't escape if I wanted to
Waterloo - Finally facing my Waterloo


My, my, I tried to hold you back but you were stronger
Oh dear, and now it seems my only chance is giving up the fight
And how could I ever refuse
I feel like I win when I lose
Posted by greenintegerblog at 7:37 AM