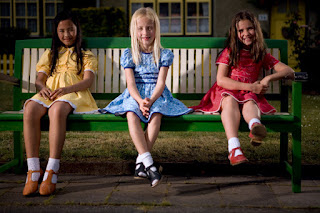 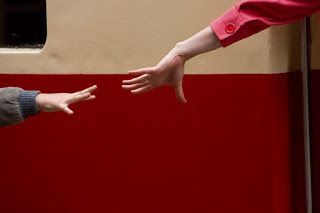 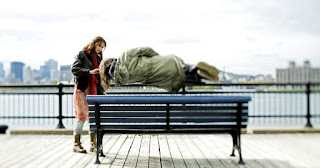 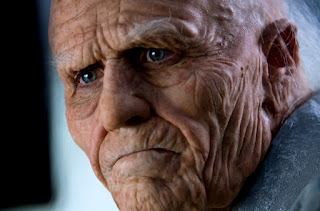 
"There is nothing either good or bad, but thinking makes it so."
--William Shakespeare, Hamlet


Nemo Nobody (Jared Leto) cannot remember his own past, and therefore does not exist. Perhaps because the angels forgot to give him the gift of forgetfulness upon his birth, the story told us through hypnotism by Nemo's doctor and an interview with a young journalist determined to discover the "history" of the last mortal man on earth—all other living people having achieved "quasi-immortality"—is not a single, linear story, but a statement of some of the possibilities for this man's life, each of them producing a different fate for our "hero." Moving through several different genres—science fiction, love stories, psychological tales, and lectures—Belgian director Van Dormael explores, sometimes comically and other times more tragically, the 9 year old boy's question: "Why am I me and not somebody else?"


To discover that, of course, one must first know who is the me, what has happened to make the "me" who it is. Van Dormael's world, however, posits the concept that "Every path is the right path. Everything could have been anything else and it would have just as much meaning."


To demonstrate this the director takes his character through several scenarios, each told in  disjunctive fragments, creating a tale that the audience must connect, piece by piece, in order to make meaning. But after having "come through," so to speak, no viewer will be able to find a coherent answer to whom Nemo Nobody is; indeed, as the 118-year-old Nemo tells his younger self on a video, perhaps he doesn't exist: his parents never met, or his father was killed in a sled accident as a child, or his parents couldn't conceive a child, or a prehistoric ancestor of his was killed.


The lives of Nemo, accordingly, are aspects of the imagination, each variant no worse or better than the others, but all very different. Perhaps at the core is the fact that Nemo was never able to make a decision; as he puts it at age 9: "You have to make the right choice. As long as you don't choose, everything remains possible." But, of course, if you make no choices, you have no life in which to create a human being.


The central choice that Nemo has had to make—at least in one version of the film—is a terrifying one for a 9-year-old: when his parents divorce having to go either with his mother to Canada or stay with his father. Each decision is played out: in one version, Nemo runs for the train taking his mother (Natasha Little) away, and is pulled in by mother. In that version of his life, Nemo becomes involved with a young girl, Anna (Sarah Poley), the daughter of his mother's new lover and, later, husband. The two—described by his parents as "brother and sister"—quickly fall in love, living out an illicit love affair in their own house. But when the father discovers their affair, he leaves Nemo's mother, taking his daughter away. The two promise to stay in touch, but their letters are destroyed, and when they do meet years later in a New York train station, Anna has two children with her, her own.


In another version, they meet, again in a train station, but Anna is not ready to make up her mind about resuming their relationship, and gives him a phone number, telling Nemo to meet her two days later at the river. Rain suddenly pours from the sky, erasing the number, and, although Nemo visits the river spot near a lighthouse day after day, Anna never shows.

In another version of the central story, Nemo is unable to catch the train and stays with his father, washing and caring for him as he grows old. In this version Nemo falls in love with another young school girl, Elise, who is in love with Stephano, and older boy. In one telling of this tale, Nemo observes her kissing her lover goodbye and speeds away on his motorcycle, which slips on a leaf, paralyzing the young driver. In a second telling, when Elise tells him she is in love with Stefano, he continues to pursue her, she finally giving in. But on their return from the wedding, she is killed in a car accident. Having promised her he will spread her ashes on Mars, Nemo writes a science-fiction tale about the planet. In another variant, he actually goes to Mars, encountering another version of Anna just as the spacecraft is hit meteoroids and crashes. One more version tells us that Nemo works for a television studio, lecturing on the planets and other scientific subjects, one day discovering that his editor has died when his car crashes into a lake. At the funeral he meets the editor's wife, Anna.


In one more reading of his relationship with Elise, they have three children and live in a large suburban house. However, Elise suffers chronic depression and hysteric attacks, ultimately leaving their home.


Returning to the larger story of his relationship with his father, Nemo declares that he will marry the first girl who dances with him that night. In this case, his lover is Jean (Linh Dan Pham) with whom he develops a life as he has outlined from the start:


One, I will never leave anything to chance again; two, I will marry the
girl on my motorcycle; three, I'll be rich; four, we'll have a house, a big
house, painted yellow, with a garden, and two children, Paul and Michael;
five, I'll have a convertible, a red convertible, and a swimming pool, I'll
learn how to swim; six, I will not stop until I succeed!


Succeed he does, living this luxurious version. But this time round, it is he who is chronically depressed, unfulfilled with everything and is unresponsive to his wife's loving pleas. Somewhat like the evil Anton Churgih of the Coen brothers' No Country for Old Men, Nemo begins to make decisions by flipping a coin, pretending to be a man called Daniel Jones, discovering himself in a wealthy hotel where two men enter his bathroom and shoot him, mistaking him for the other.


The young journalist, interviewing the old Nemo, is understandably confused:


Everything you say is contradictory. You can't have been in once place and
and another at the same time. Of all those lives, which one is the right one?


Obviously, there is no right one. And as quantum physics tells us, one can be at least in two places at the same time. But Van Dormael has so clearly made that evident by this time that we have long ago lost some interest in this fascinating mulligan stew. If we have been entertained by the perplexing mish-mash of stories early on, near the end of the film, we begin to see it as an overstated and delineated series of possibilities or alternative realities. The director has even color-coded Nemo's encounters with these various "loves," red for his deepest love, Anna; blue for his troubled life with Elise; and yellow for his golden life in the sun with Jean. Combined with the several lecture-driven themes of the film, we begin to feel ponderously lectured at, almost in the way Terence Malick has time and again hit his audience over the head in The Tree of Life. Indeed one of Van Dormael's patterns, we perceive, is like a tree, the different branches representing alternate possibilities for living. Accordingly, what first appeared as fascinating variances, represented by often brilliant images, begin to dizzy us by film's end.


The final imaginative placement of Anna in the circle Nemo has drawn near the lighthouse explodes the tale, as Nemo—the man who never was—walks a path apart from both father and mother, now dying, time reversing as smoke returns to a cigarette, shattered glass is magically repaired, and ink runs back into the pen, the universe contracting, erasing even the director's tale. His Penelope-like depiction of his story has come unwoven.  This viewer, at least, was left with a feeling of great emptiness in all these possibilities rather than satiated by the promised feast.