Frank Capra | Lady for a Day and Pocketful of Miracles 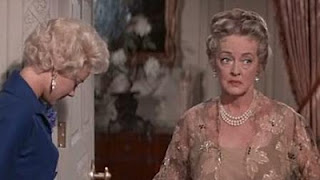 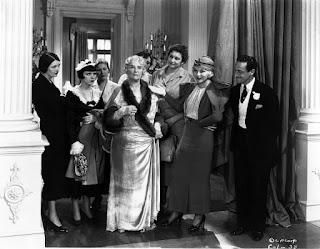 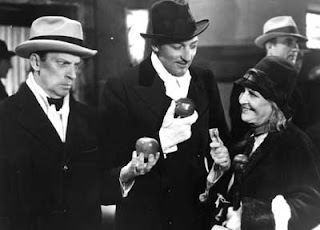 
all about us
by Douglas Messerli

Robert Riskin (screenplay, based on a story by Damon Runyon), Frank Capra (director) Lady for a Day / 1933


Hal Kanter and Harry Tugend (screenplay, based on a story by Damon Runyon and Robert Riskin’s script), Frank Capra (director) Pocketful of Miracles / 1961


For years my companion Howard and I have preferred Frank Capra’s remake of his renowned Damon Runyon adaptation of “Madame La Gimp,” Pocketful of Miracles, over his 1933 film version, Lady for a Day. Sure, the 1961 remake is all Hollywood and about as sweetly syrupy a confection as ever made—that is, after all to be expected in Capra’s cornball vision of American life, where everyone defines himself as a hick compared to the snooty, wealthy snobs. And yes, the opening Jimmy Van Heusen and Sammy Cohn theme song, sung by a children’s chorus, makes any music lover want to turn tail and run from the theater. The pouting coos of the young Ann-Margret’s Louise are nearly unbearable; Glenn Ford’s gee-gosh rendition of the supposedly suave Dave the Dude often produces viewer cringe; and even Peter Falk’s wise-cracking cynicisms seem to be from another movie. I even admit that Hope Lange’s Queenie Martin, the dancing speak-easy owner desperate to get married and move back to Silver Springs (a.k.a. the DC suburb Silver Spring)—a desire never once expressed by the tougher Missouri Martin of the original—seems utterly ludicrous. And the whole film is just too long!


Still, Capra does project a kind of glorious Technicolor magic in his tale of the street hag, Apple Annie, magically transformed from a “cockroach what turned into a butterfly!” And who could more brilliantly portray that improbable resurrection than the radiant Bette Davis, late in her glorious career? The supporting actors—Edward Everett Edward Horton as the witty butler Hudgins, Mickey Shaughnessy as the dim-witted comedic Junior, Sheldon Leonard as the mobster Steve Darcey, and the linguistically gifted con-man, Thomas Mitchell as Judge Henry G. Blake, among others—are about as perfect as one can imagine. One need only compare a single scene—the moment Annie is first viewed in her completely made-over body—with the original to realize that Capra did sometimes have a genius for dramatic scenarios. In Lady for a Day, May Robson is announced by Glenda Farrell without much ado, simply appearing suddenly at the open doorway. While she certainly looks quite grand and proper, Robson’s Mrs. E. Worthington Manville transformation falls quite dead, as if the cosmetic and clothing magicians had simply draped her in a new dress and topped her head with a nice-fitting wig. There is little of magic in the scene. In Pocketful of Miracles, however, the transformation seems to take hours as Junior, snoring away in boredom successfully tosses cards into a hat (something he cannot achieve, apparently, while he is awake). Suddenly the door of the bedroom opens, as the utterly exhausted makeup and clothing experts stagger out, Queenie following them with an imitation of a trumpet blare. Chords from Tchaikovsky’s Nutcracker Suite swell up, and out struts the beautifully coifed and elegantly dressed Davis. One can hardly resist clapping in delight for the pure theater magic of the moment.


By comparison, Lady for a Day is coarse and crude. And once Capra convinces us through that Pocketful of Miracles scene that such magic is his subject, we believe that Dave the Dude can truly save the day by bringing with him, at the very last moment (with Hudgins reassuring the Count, “Nobody arrives first, sir. They all arrive last”), the real New York Chief of Police, the city's Mayor and the state Governor ready to claim Mrs. Manville as their friend, replacing the Dude’s clumsy henchman and Queenie’s tough molls.


It hardly even matters that everyone involved, including the hood-winked, aristocratic Count Romero and his son, are engaged in a monstrous deceit. As the Governor tells his wife, it felt good, made him feel young again. And isn’t that, after all, the role of Hollywood comedies?


The other day, however, in preparation for my several pieces on Damon Runyon stories adapted into films, I again watched, after some years of neglect, the 1933 black-and-white version, and, for the first time, had to agree with most critics that Lady for a Day was superior. First of all, this film, with all its rough edges, does seem somehow fresher, freed from the glossy Hollywood imitations of actors like Hope Lange, Ann-Margret, and Glenn Ford. Without the various plot complications of the remake—the Dude’s negotiations with the Chicago Mob, Martin’s desires to go straight—the story straight-forwardly focuses, moreover, on Apple Annie, instead of flying off  in the many directions of the 1961 cut.


The tough-girl image of Glenda Farrell’s Missouri Martin seems utterly believable compared with Lange’s saintly sinner. And while Ford’s Dave the Dude often appears like a befuddled office worker, Warren William’s subtle elegance makes one comprehend how he’s been awarded his moniker, putting him in a league with Runyonesque fast-talking conmen like Judge Blake, who Guy Kibbee played with almost as much panache as Thomas Mitchell.


As great as Bette Davis was in Pocketful of Miracles, May Robson, older and more irascible than her reincarnation, is also more sure-footed in her role. When Robson gins it up, one truly believes she loves the stuff. When she sends her cat flying, one becomes convinced that she has truly kicked the cat. As marvelous as Davis is, there is something too elegant about her Annie and too tenuous about her Mrs. E. Worthington Manville. One need only compare the moment when the Manville figure realizes that she must reveal her true existence to the Count. Entering the room, Robson restates her understanding of why he has traveled to America to meet and evaluate Louise’s family with a speech something to the effect: “You wanted to know all about us—Oh, I don’t blame you. It would terrible if after the marriage you found out….” Robson reads those lines quite assertively, hinting at both her comprehension and her disdain for the Count’s petty snobbery; and for a second, one truly does believe she is willing to spill the beans, that she will finally speak the truth. Davis says the same words, but pauses a second or so, her voice somewhat shaking just before her denial of any blame, and in that pause she reveals a sense of a deep inadequacy, almost a sorrowful expression of her own inferiority which might force her to admit what will destroy her daughter’s life. But in that pause, as poignant as it is, the viewer also realizes she will never complete her sentence, she cannot reveal her true self. While Robson’s Annie is a proud being who despises the very class distinctions she is forced to act out, Davis’ Manville is ashamed of her true self. Capra’s Lady for a Day represents precisely what its title suggests, a woman who becomes a lady just for a day; for, at heart, she is a beggar who is proud of her profession. The same director’s Pocketful of Miracles utterly reveals the later version for what it is as well: a magic bag of tricks. Can one truly imagine, at the end of the second film, when, as the boat pulls away Davis commands her beggar friends to get to work, that she can ever truly return to her life in the streets, that she will again fall from the heights of the imperious beauty to again become a hag, or, as Runyon characterizes her, “a gimp?”


Finally, Lady for a Day has a treasure that even outshines the genius of Edward Everett Horton’s bemused butler: Ned Sparks as Happy McGuire, the kind of sour cynic about who can quip, as does Missouri Martin, “Happy, if you break anything, be sure it’s your neck,” while at the very same moment breaking out in a guffaw. If there was ever anyone born to utter Runyon’s Dadaist-like Americanisms, Sparks was the man! The interchange between that film’s butler, Halliwell Hobbes and Happy says everything you need to know about why Capra succeeded the first time round:


Happy McGuire: That should be a cinch.
Butler: I beg your pardon, Sir.
Happy McGuire: I said that should be a leadpipe cinch!
Butler: If I had choice of weapons with you, Sir, I’d choose
grammar.
Compare that with Horton’s admission in his role as butler: “I love a good fairy tale,” and you can understand why a director devoted to self-deluded American dreamers of the middle class preferred the remake.
Los Angeles, May 20, 2012
Posted by greenintegerblog at 7:15 AM