The death of filmmaker Chris Marker on June 29 of this year provoked me into seeing two of his most beloved films, La Jetée and Sans soleil. The French director, a member of what was often described as the Left Bank Group (including Alain Resnais, Agnes Varda, and Armand Gatti—the latter of whose plays I have published), was born Christian François Bouche-Villeneuve, changing his name to Marker because his love of marking pens. Marker kept his life rather mysterious, claiming to have been born in Ulan Bator, Mongolia; most sources name the Paris suburb of Neuilly-sur-Seine as his birthplace. 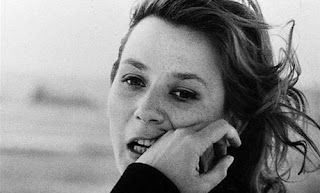 The Jetty, the first of his better received films is built up of a series of still photographs, some depicting the ruins of European cities after World War II in a manner that is somewhat reminiscent of Resnais' Hiroshima, Mon Amor. In this work, however, the events supposedly occur in the future, after World War III, which thoroughly destroyed Paris and other international cities. A young boy, visiting the pier of Orly Airport to watch the planes, observes a beautiful woman (Hélène Chatelain) at the end of the jetty at the very moment that he observes a man killed, relating it his mind with the beginning of the war.

Surviving as a prisoner below ground in the Palais de Chaillot galleries, the now grown man (Davos Hanich), so we are told by the narrator (Jean Négroni), becomes obsessed with the vision of this woman. The world now facing the survivors is in near destruction, and in order to attempt a survival authorities are experimenting on several of the prisoners with time travel, attempting to take them to the past and the future so that they can discover how to cope. Most of the subjects die or become insane after the experiments. 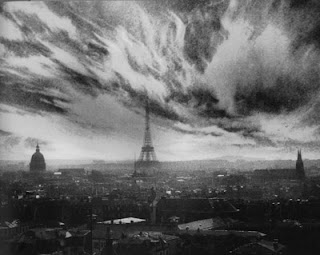 Because of his obsession, the Man is chosen to be the next subject, and he fears that it will end in death. But his ability to focus on that long-ago event, permits him to return to the past, where he reencounters the beautiful woman and, after several more returns, begins a relationship with her in which they casually tour the then beautiful city, enjoying each other's company, without, it appears, her questioning the long absences between their visits to the Grande Galerie de l'Évolution, the Jardin du Luxembourg, and elsewhere. The relationship between the Man and the mysterious woman becomes so intense that, at one point, the still photos that we have observing spring into motion, as the sleeping woman's eyes flutter into wakefulness.

Without actually understanding the consequences, the Man is told that he will now be sent into the future, his visits to the beautiful woman suspended. In the future he meets up with a passive group of men and women who seem to have switches implanted into their foreheads—perhaps hinting at a more robotized or electronically-linked survival of the species. At first they are suspicious of him and reject him, but gradually accept him, offering him the possibility of regenerating his own dying society. 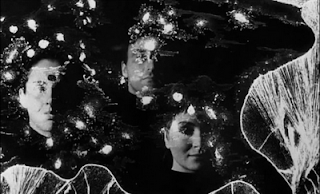 Upon his return, having accomplished his task, he discovers that he will now be executed. Daring to visit the future in his own dreams, he is offered escape from his world, but chooses rather to return to the moment when he first perceived the lovely woman on the Orly jetty. Arriving again on the pier, he perceives the woman, but in running to her also spots one of his jailers, an agent determined to kill him. Suddenly he perceives that the incident which he witnessed in his childhood has been his own death. 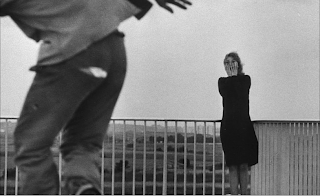 The haunting passages of Marker's work in this film obliquely discuss physical and philosophical issues of the relationship of the past and future to the present, suggesting that what we think we know of the past may have been shaped by the future, and what we think is the past and future may be living out a kind of present. Marker seems to be fascinated with the question about what memory actually is. Is the beautiful woman, we can only wonder, possibly the boy's own mother, and, if so, is his later relationship with her a projection of his desire or a strangely incestuous obsession not unlike Oedipus'. Marker makes no attempt to even pose these questions, let alone answer them. Yet his dream-like images and poetic handling of his cinema cannot help but encourage us to attempt to find our own links. Certainly, the film suggests what we believe to be impossible, the memory of one's own death. Do we dream after death of death itself?

In this sense, what might have been a simple science fiction drama blossoms into a kind of muted tragedy, a speculation not only on the death of single man, but the death of nations and the human species itself issuing from, perhaps, its own inability to link past, present, future, presenting us the specter of any culture's failure to recall the disasters of the past in order to save itself for its future.