William Wyler | How to Steal a Million

stealing from yourself
by Douglas Messerli


Audrey Hepburn, who stars in William Wyler’s spritely comedy, How to Steal a Million, has perhaps appeared on celluloid in more fashionable gowns than any actress in the cinema—even more than the always fashionably dressed Grace Kelley. After all, Hepburn was a princess in Wyler’s successful Roman Holiday, a restyled young woman—working for a year in France—in Sabrina, a newly discovered fashion model in Funny Face, a significant figure of Russian society in War and Peace, an eccentric proto-fashionista in Breakfast at Tiffany’s, a formerly wealthy young Parisian wife in Charade, and an again-transformed societal doyenne in My Fair Lady. Wearing only Givenchy gowns in How to Steal a Million, her foil in the film, Simon Dermott (the enchanting Peter O’Toole), dresses her up in her other traditional cinema costume, the urchin or servant garb, in a scrub-woman’s dress—much to her dismay—which to her question of what it “does for her,” he replies, quite adroitly, “Well, for one thing, it gives Givenchy the night off.” 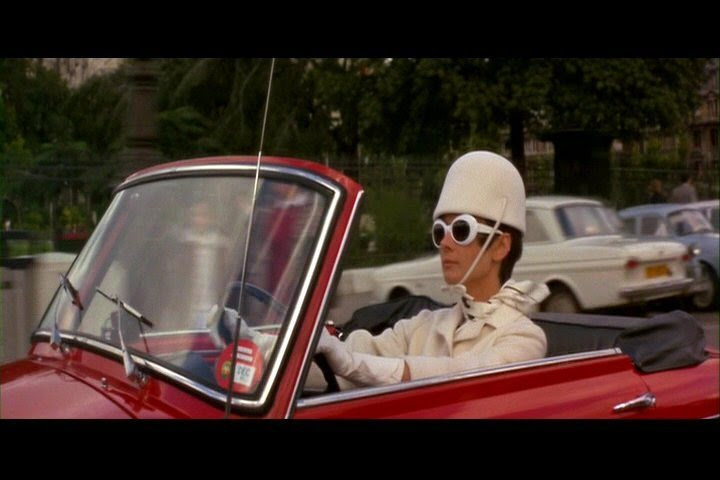 I mention this only so that might anyone thinking I were going to embrace Wyler’s spirited comedy with deep resonances, they may relax. From beginning to end—although this film is absolutely enjoyable—How to Steal a Million has no profundity whatsoever. Film critic Andrew Sarris described directly Wyler as a cipher, and I’d have to agree. But he does know how to turn a script into an afternoon of splendiferous enjoyment. And perhaps, we ought to leave it there: How to Steal a Million is a perfect exemplar of the genre of successful criminal actions that allows the audience no compunction or qualms. For, together, Simon Dermont and Nichole Bonnet (Audrey Hepburn), the daughter of a notorious artist-fraud steal only from themselves in order to protect their family deceit. Simon becomes a notorious thief only out of his sudden love of Nicole. These people, despite the completely corrupt father (Hugh Griffith as Charles Bonnet), are almost incorruptible. How delicious! A film about a successful heist and numerous other illegal interchanges by utterly innocent figures—or, at least, somewhat innocent. As the elderly Bonnet puts it:


Nicole: I keep telling you, Papa, when you sell a
fake masterpiece, that is a crime!
Charles: But I don’t sell them to poor people,
only to millionaires.


Throughout this film, Wyler and his writer, Harry Kunitz, seem to suggest that those who want this fraudulent art deserve it!


They also gave wide range to whom one might describe as a “mad gay interior designer” to create the Bonnet mansion—presumably Alexandre Trauner (who did over 62 film productions; don't know if was gay nor not, but he was buried next to the grave of his long-time collaborator, Jacques Prévert)—with its mix-and-match French 17th and 18th century inspired furniture and purple-carpeted staircase. Bad taste, elegantly interrupted, along with the kitsch renderings of Cezanne, Gauguin, Van Gogh and others—supposedly impeccable recreations of the artists’ nonexistent masterpieces. Wyler’s world is pure Hollywood hokum, that, nonetheless, carries it off, partly through the Givenchy gowns, the Fiat and Jaguar cars, the Cartier diamond earrings and the sophisticated sparing of Hepburn and O’Toole. Accessories truly matter in How to Steal a Million.

The story? Well, once the movie has established that Nicole’s father is an artistic fraud, there is little else to say. When he tries to exhibit the families’ famed Cellini Venus—created not by Papa Bonnet but by Grandfather Bonnet—in a famed French museum, what is Nicole to do, particularly when the signed insurance agreement demands a contemporary scientific check to make sure of the great pieces’ authenticity, but to seek out a robber to steal the sculpture from its highly protected museum spot. She has, after all, caught Simon Dermott in her house, attempting, as he describes it, to seal her father’s Van Gogh forgery. She might well wish that he succeeded, but that also might reveal her father’s criminal activities, so she has no choice but  to protect it, with an ancient gun, mounted as a kind of artisanal portrait upon the mansion’s wall. By accident, she actually succeeds in shooting the intruder, who demands she drive him back to his hotel quarters—an expensive Paris hotel, The Ritz. He, in fact, has no intention of stealing the painting—he is, in reality, an expert on art theft and a noted investigator and expert on museum security—who actually intended to steal only a small scraping from the painting to prove it was a forgery. The only thing he does steal is a deep, long kiss from his newly met assailant, Nicole.


The rest of the story doesn’t truly matter. Nicole suffers a frontal attack by the ridiculously nervous American megalomaniac businessman and “lover of art,” Davis Leland (the delightful Eli Wallach), who is desperate to get the Cellini Venus, but is so smitten by the so-called burglar, that before Simon can even report to her his knowledge, she has commissioned him to accomplish a burglary from the French museum that is near impossible. In her scatter-brained logic, he is the perfect man to accomplish the task—although in reality he has no experience at all, but, in fact, he is the perfect choice, being, as he is, so knowledgeable about museum security. She cannot, of course, reveal why she wants the sculpture stolen, particularly since she and her father already own it. As Simon quips: "Why don't you wait till you get it home and steal it then? No muss, no fuss, just a nice clean inside job? I'd be happy to offer my services."


He also has a great psychological understanding of human nature, using it not only for his advantage in the outrageous and improbably robbery, but in his attempts to woo his all-to-willing potential lover, Nicole. Before the heist has even begun, she has fallen in love, and in the long hours of waiting in a dark closet, from whence they plan the final assault, they fall, not only in love, but into each other’s arms. If they can only survive the robbery, they are doomed to live a life of and imprisonment of marriage. 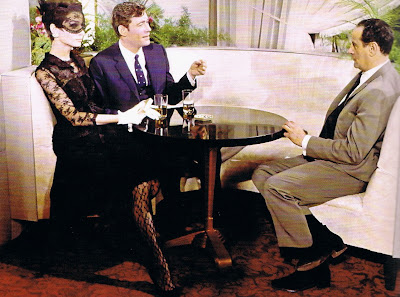 The strange devices of his robbery, a children’s toy based on the Australian boomerang, a cinematic movement of a key over a large territory of a back wall to the lock which tramps them into the closet (in a brilliantly abstract representation of magnetic power), and an all-too-human abandonment of scientifically controlled systems, allows him the opportunity of reclaiming the false Cellini, which he unloads upon the unsuspecting and ridiculously opportunistic Leland, who accepts the stolen statue with the realization that he can never display it or even reveal its existence. A perfect situation for the Bonnet family!


In return for his expert achievement, Simon Dermott insists that his now soon-to-be father-in-law give up his fraudulent painting career: “I tossed a coin on the way over. ‘You’ lost.” But the very moment the impatient wedding couple drive off, the father greets a South American collector to whom he intends to sell his fraudulent Van Gogh. Perhaps in Brazil it will never be discovered. The soon-to-be bride lies, when questioned by her intuitive lover, “He’s Pappa’s cousin…from South America.” To which he responds, in the last lines of the film, “ You know for someone who started lying recently, you’re showing a real flair?’ Her response is typical Hepburn, “Oh thank you.” She is, after all, dressed once more, in a Givenchy dress, and they have just succeeded in pulling off the biggest heist in French history—speaking only in American and British English! So what does it matter that Wyler is not a profound director? Like the characters of his film, he has, nonetheless, pulled it off.