Although I saw Wertmuller’s Seven Beauties sometime after its American release, I remembered little about it, although a kind a queasy feeling prevented me for years from revisiting it. After watching it again the other afternoon, I now perceive the reasons for my postponement. For this film might be described, as Wertmuller has a character say about his wartime experience, “it’s a rotten comedy, a lousy farce.” The very audaciousness of basically creating a comedy, much of which takes place in a Nazi concentration camp, is almost unthinkable (although figures from Charlie Chaplin to Mel Brooks have approached the subject similarly), something for which Wertmuller was condemned by figures such as concentration camp survivor, Bruno Bettelheim, when the movie first premiered. Others hammered the openly macho attitude of its central character, Pasqualino Frafuso (Giancarlo Giannini) and others could not forgive its focus on such an absolutely self-serving figure as its “hero.” 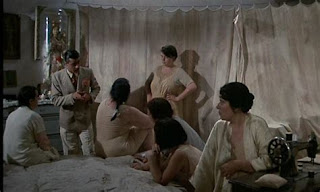 Of course, Pasqualino “Settebelleze,” brother of seven quite ugly sisters, is not truly a “hero,” but as critic Roger Ebert has described him, is an absolute fool, a man who is “not brave, or bright, or even cynical or cowardly.” Pasqualino is a Neapolitan braggart who might be metaphorically described as a walking, talking penis, whose only mission in the world is to penetrate and pleasure itself—and, obviously, to recreate itself—in short, to survive. He is, as Pedro, an Anarchist Prisoner (Fernando Rey) describes a potential savior of the race, “a man in disorder.”


Pasqualino, a local hood, who goes about with a gun strapped to his pants, is inexplicably loved by all the local women, whom he equally seduces and abandons. He has only one somewhat laudable value, “family honor”; but given the unpleasant appearance of his sisters and the prewar economy—his whole family shares a large room with several other families—it is a pointless virtue. The eldest sister is already performing, quite miserably, at a local dance hall, and, soon after is helped by her pimp boyfriend to join a brothel. Egged on by the local Comorra head, Pasqualino kills the pig in his sleep, cutting up the large body, packing it into three suitcases, and shipping them each to a different destination. His efforts, however, have been for nothing, for he is soon arrested, tried, and—after admitting, one might even say bragging that he committed the act—found insane. Working in the hospital ward of the asylum, he attempts to rape a woman bound to her bed, and is given shock therapy. The only way out is for him to join the Fascist army. 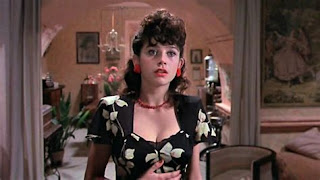 Soon after he deserts, along with a friend, Francesco (Piero Di Iorio), the two of whom we first encounter in the film within a German forest, where they come upon a mass murder by Germans of Jews, from which they run in horror. While Francesco is disgusted with his own inability to “spit into the faces” of the perpetrators, Pasqualino becomes even more determined to survive, soon after breaking into a German cottage to steal bread, meats, soup, and fruit. The robbery is apparently reported, for while the two are enjoying their repast, Nazi soldiers arrest them and take them to a concentration camp.


Wertmuller’s depiction of the camp is somehow even more disturbing than Pasqualino’s behavior. The entire camp is represented as a large, quite theatrical set, a white chalky dust floating through the air as prisoners are randomly rounded up, shot, their bodies stacked into piles—all overseen by a highly stereotypical German Prison Camp Commandant (Shirley Stoler), a large, scowling woman with an ever-present whip in her paw. Such exaggerated conceits merely aestheticize the tragedy of reality, while seemingly turning the unspeakable into a kind of comic set up. For we know, by now, that the desperate survivor, Pasqualino, will inevitably try to find a way into the heart of this disgusting image of a woman. He does and succeeds, if you can call their desperate gropings and posturing a sexual “success.” But she, with a heart even colder than his, sees through him transparent deception, punishing him by putting him charge of his barracks and demanding that he choose six of his fellow prisoners for the firing squad.


Even as Pasqualino goes about the grisly business, Francesco and the Anarchist are so disgusted with him that they volunteer to be among the dead. Pasqualino “saves” them only to have the Anarchist rush forward, throwing himself into a pit of shit and Francesco publically begging Pasqualino to shoot him as a friend. Pasqualino obliges and the six he has chosen are shot. 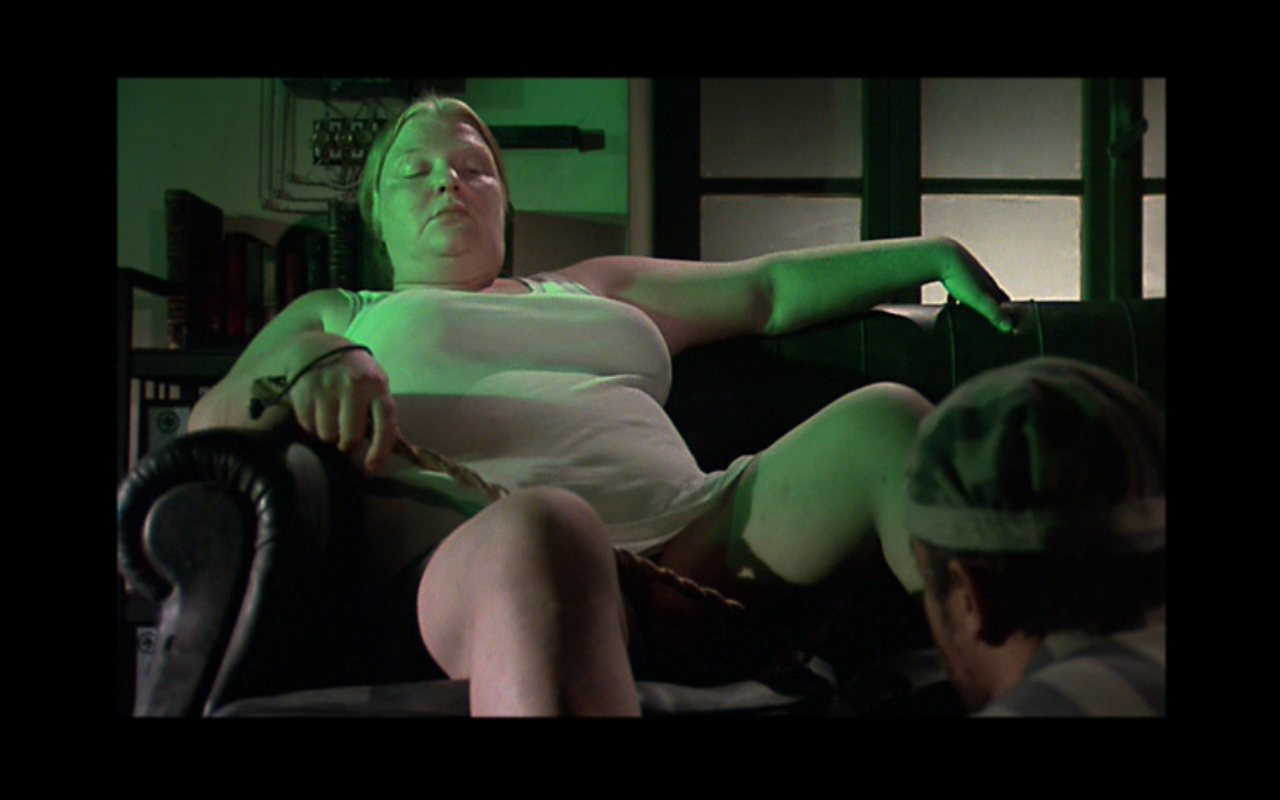 In the final scene of this deeply troubling movie, Pasqualino returns home, the War over. Waiting for him are his mother and the seven beauties, along with a young girl whom he had joked that he might one day marry. All have survived through prostitution. What can he say when he has led a life more deeply dishonest than them. He is a penis: “I want lots of children” he yells out to his young fiancée.

Strangely, for all of Pasqualino’s swaggering stupidity, he is still loveable. As he admits, he is not handsome; as we perceive, he is not admirable. Like some Rabelaisian figure, Pasqualino represents the worst in all of us; and because we can still laugh or at least smile at him, this sacred clown, this disordered being, salves our wounds for being part of the spiteful, hateful human race.
So too does Wertmuller’s film seem to come alive in the whirling vortex of her abhorrent images. This is not reality, she reminds us, again and again, but a kind of theater of the absurd, a representation of a world so criminally brutal that it cannot be truly represented. It is a nightmare from which we seemingly can never awake. It all makes for a rotten comedy, a lousy farce, but is both a comedy and farce nonetheless.

Posted by greenintegerblog at 7:09 AM