David O. Russell (screenplay, based on a novel by Matthew Quick, and director) Silver Linings Playbook / 2012


Let me begin by saying that I found David O. Russell’s new film, Silver Linings Playbook as oddly charming as its title, with its references to good times ahead while at the same moment suggesting events that are carefully plotted out, even theatrically organized. The best aspects of the movie are just these tensions between the central character’s—Pat Solitano (Bradley Cooper)—equally maniac insistence upon a happy ending to his previously troubled life, while at the same time hinting that it may not truly “play out” that way anymore than a football game—his equally maniacal father’s (Robert De Niro) drug of choice—might. Father and son both bet their lives’ happiness on a series of ridiculous parlays with fate. And accordingly, the power of Russell’s comedy is that, at any moment, it might turn into a violent tragedy, the lightness of its offbeat tone tumbling into a depressing revelation of the effects of mental illness. The movie, much like Pat’s mental situation, is dependent on the highs and lows of bipolar situations. 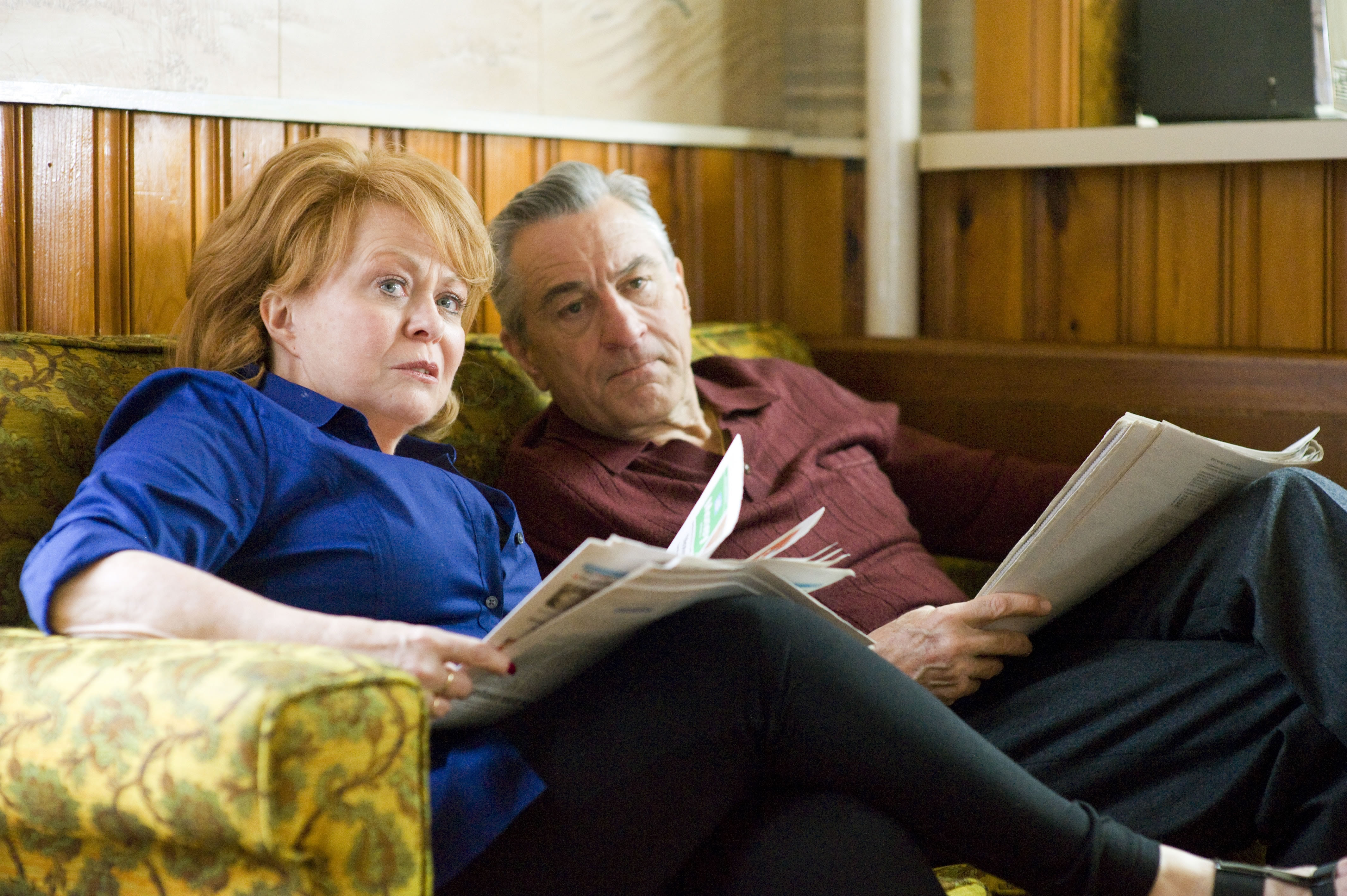 The nightly shouting matches, the violent encounters between father and son, and later, the unpredictable and often brutal honesty of the woman with whom Pat becomes involved, Tiffany Maxwell (Jennifer Lawrence), keeps us—at least throughout the early part of the film—on the edge of seats as the roller coaster dynamics of the character interactions are played out time and again. At some moments the quick shifts of relationships make it almost unbearable to watch.


That is surely why the director, after he has established those tensions, suddenly shifts in an entirely different direction, moving his film from an intense examination of disturbing family relationships into a romantic comedy that, at times, seems to trying to channel Baz Lurhman’s Strictly Ballroom, as the obsessed Pat attempts to regain his wife by dancing his way, with dance teacher Tiffany, to health, or as he describes it into “Excelsior,” a world that moves him always on and up. It’s there that Russell loses me. We may all desire the happy endings that Pat expects in his self-assigned reading, but such depictions are often  difficult to believe, and here they seem absolutely perverse.


Let us just briefly examine the characters Russell has begun with, a rogue’s gallery of true American loons. Pat, as I have already mentioned, has been suffering for most of his life from bipolar disorder, and has taken himself off his needed medication. Previous to his incarceration, Pat has nearly killed a man whom he discovered in the shower with his wife. Even though his wife has left him and sold their home, posting a restraining order against her husband, Pat is determined to win her back. 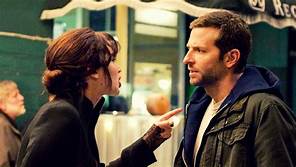 His mother, Dolores (the wonderful Jacki Weaver) is a kind of passive-aggressive woman, secretly—without her husband’s knowledge—removing her son from the institution in which it is clear he needs to remain for a further period. Although she pretends a life of devoted homemaking, spending much of the movie cooking and baking for her husband’s and friends’ incessant football game gatherings, she steers her husband through the rocky relationship with a heavy dose of comic placidity.
Her husband, Pat Sr., the obsessed football fan, suffers from his belief in a series of illogical  talismans of good luck, demanding that the television controls be placed in a particular position while holding a green (he is an Eagles’ fan) handkerchief in his hand, his younger son by his side. More importantly, he is extremely violent, having beaten up so many fans of the opposite teams he has been banned from the stadium. We see that extreme violence played out as he pummels his son, the whole family loudly shouting, in the middle of one night. Having lost his pension, the father currently survives as a bookmaker, illegally processing small-time bets on the Eagle games in his home office. 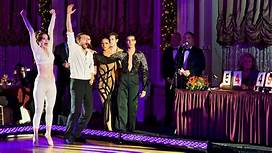 Pat’s new friend, Tiffany, has been fired for having sex with everyone—11 men and women—in her office, and offers up sex to Pat upon their very first meeting; he declines. Although attempting to now abandon her previous behavior, she admits:

I was a slut. There will always be a part of me that is dirty and
sloppy, but I like that, just like all the other parts of myself. I can
forgive. Can you say the same for yourself, fucker? Can you
forgive?


Pat’s best friend, lives in a seemingly happy relationship with his wife Veronica and their new child, but later admits that he daily feels he is being crushed by his demanding job and his dominant and aggressive wife, Tiffany’s sister.


The world of Russell’s South Philadelphia is perhaps no different from American life in any other place—which is to say it is filled with violence, aggression, deceit, and self-deception.


Yet not only does the budding romance between Pat and Tiffany help to focus them and, in the end, cure them of their illnesses, but through a miraculous last-minute transformation, in which the previous football-game hating Tiffany convinces Pat’s father that rather than being a good luck totem, his son is a jinx. Naming all the games that Pat has missed on account of their practicing, siting the names of the teams and the precise scores, she convinces him that the reason the Eagles have lost to the New York team was because of Pat’s presence, reminding him that the New York seal contains the words Excelsior.


Even more fantastically, she convinces Pat Sr’s football-watching buddy to bet all the money he has won from the elder Pat on his favorite team, the Cowboys—suddenly seeming to know everything about everyone in the room whom she has, in the terms of film, never before met. I am willing to conjecture that it is a close neighborhood, but we have  previously been given no real evidence of it. Even more incredibly, the men agree to the bet, but only with a second stipulation, a parlay, that includes the dance competition in which the young couple is planning to enter. Despite their amateur status, they must score at least 5 out of 10.


The younger Pat refusing, at first, to go along with the bet, finally agrees when he is told—a lie to which even his honest mother joins in—that his former wife will be present, and that dancing with Tiffany may convince her of his return to normality.


When the former wife actually does show up to the competition, Tiffany is horrified, afraid that she will now lose Pat. In short, we suddenly realize that her dance aspirations have all been in an attempt to trap her new boyfriend into a permanent relationship!


The Eagles win the game of course; and the unlikely couple is awarded the necessary score of 5! Pat Sr. winds up with enough money to now open up the restaurant of his dreams. Pat and Tiffany reveal their unspoken love for one another, and all’s well that ends well in the claustrophobic living room of the Solitano house.


Bah! All right, call me Scrooge! But I went home from this movie a few days before Christmas with a sour taste of mendacity in my mouth.