Norman Jewison | Send Me No Flowers


Julius J. Epstein (screenplay, based on a play by Norman Barasch and Carroll Moore), Norman Jewison (director) Send Me No Flowers / 1964


If in Pillow Talk the writers and directors make somewhat discreet hints of their stars’ sexuality, in Send Me No Flowers writer Julius J. Epstein and director Norman Jewison almost shout it—albeit hiding their conceits within a heterosexual story. What better way to allow Rock Hudson to literally “cruise” the other men of the cast than by allowing him to play a hypochondriac husband to Doris Day who mistakenly believes he is dying, and in order to protect his wife determines to select a proper husband for her.


That device itself might be enough to nudge awake even the most somnolent of straight audiences, but the creators take it even further by allowing Hudson’s (George’s) next door neighbor Arnold (Tony Randall), his wife conveniently “away,” to stroke, paw, and drunkenly lean upon the Rock in almost every scene in which they appear together. In fact the “heterosexual” cover story is almost nonexistent in the film, and hardly matters in the plot. From the start the predictable comedy on the surface will require his wife, Judy, begin to suspect something—in this case that George is having an affair with the recently separated Linda Bullard (Patricia Barry)—upon which George will reveal his impending death, Judy discover the truth that he is not dying, threaten to leave him, and, by film’s end, after each discovers the “truth,” returning them to marital bliss.


In short, what this film “pretends” to be about is absolutely predictable and inconsequential, while its “secret” story, filled with puns and campy phrases, is far more entertaining and, given its somewhat forbidden daring, is quite a hoot. From the very first moment of this film, with George rolling alone in bed, obviously troubled (he is dreaming, apparently, about various maladies and medicines) we realize that he is not comfortable in his married life—although the movie pretends they have the perfect relationship. Before we can even assimilate what George’s problem is, his wife has been “accidentally” locked out of her own house, while George puts in a pair of ear plugs as he enters the shower, making certain that he will not be able to hear her complaints of being locked out. 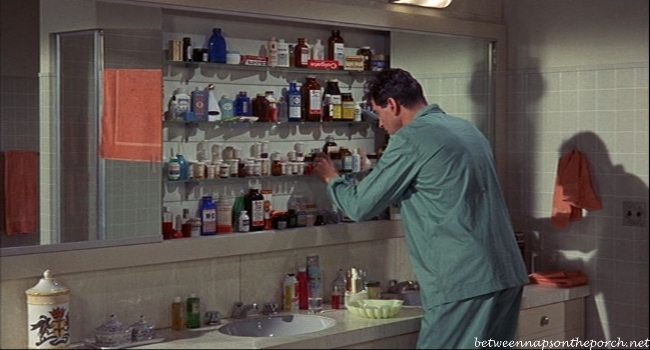 In his hypochondria, he soon discover, George is the most selfish of men, hardly hearing anything his wife says, as he moans, seeking solace over a phantom pain in his chest. Although he has had a complete check-up only two weeks earlier, he is determined to visit the doctor again. The doctor (Edward Andrews), a friend, is apparently quite aware of George’s medical fears, and assures him that it is only indigestion. Yet George insists that he check him, readily unbuttoning his shirt and, even when the doctor suggests “You can button up,” leaving it open as if to show off his well-shaped chest. Overhearing the doctor discussing another patient’s dire condition, he, again in self-centeredness, the patient is himself.


On the way home, meeting up with his friend Arnold, George asks “Can I take you into my confidence,” the way one might almost begin a sentence in admission one’s sexuality—he is, of course, about to reveal his medical news—and from that moment on almost everything the two discuss might be perceived on two levels, the commonplace and the sexual. In lines like “I might as well go all the way,” or their man-to-man discussion of a table: “It feels so good, you just run your hand over it. Every chance I get I’m gonna feel the table,” their metaphors skirt the edge, while other statements are outright punds. Helping out around the house, Arnold soon after quips, “I’ll be right here mowing your back lawn. I already mowed your front lawn,” playing with that word’s lesser known meaning of overwhelming or knocking something down.


At other times, twosome simply talks in a language more gay than heterosexual: on the look-out for a new husband, George comments on a golfer at the country club: “He’s reasonably good-looking,” to which Arnold responds, “Not as reasonable as you George.” And when Judy meets an old friend, Bert (the handsome Clint Walker) they invite him to join them not only in a drink but insist he join them at the club’s evening dance. A few minutes later, trying to send a message to George, Arnold suggests “I’ve got to powder my nose. George, yours could use a little powdering too.”


Bert’s comment about Judy, who he knew as young woman, is perhaps one of the most outrageous the movie has to offer. When Judy tells him that she’s married to George, Bert looks him briefly over before uttering “ But I thought she’d end up marrying someone like Cary Grant,” reminding us that Hudson is indeed someone like that dashing bi-sexual actor (see my pieces on Grant in Reading Films, Vol 1). 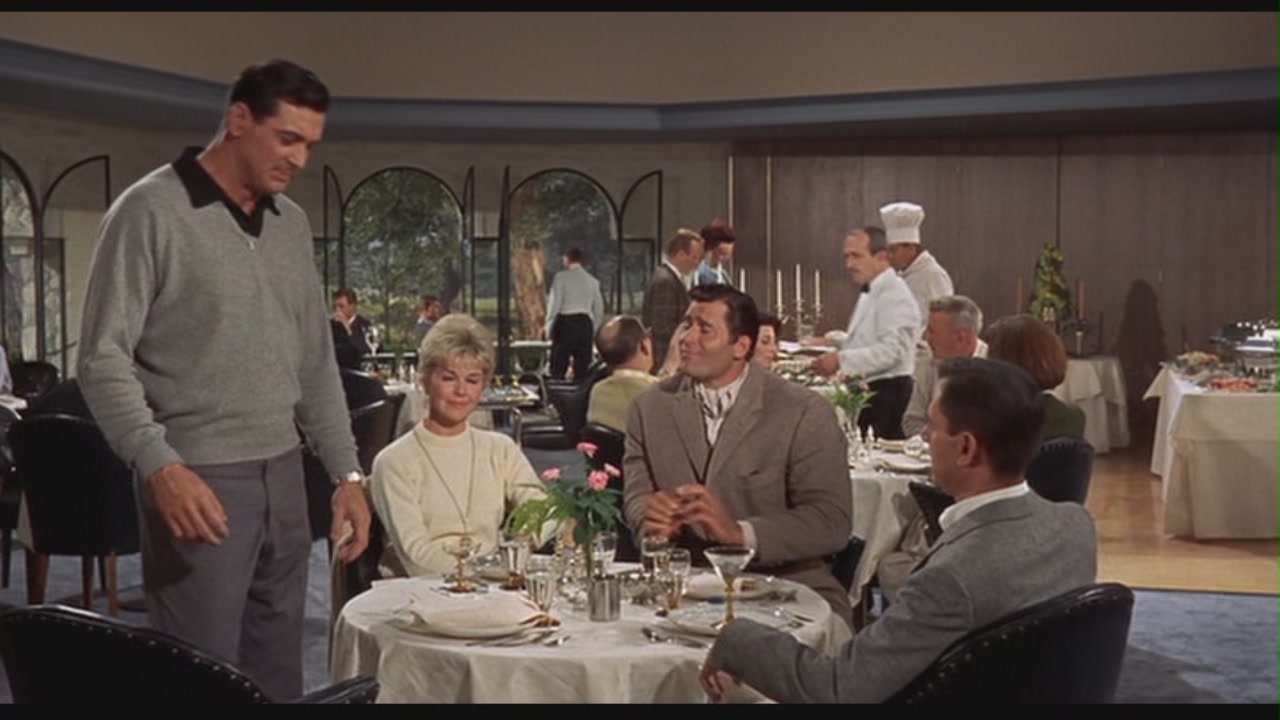 Is it any surprise that before the film is over, George and Arnold end up in the same bed with a bottle of champagne, George commenting that Arnold sleeps on the same side of the bed as does Judy? Does it really matter that Judy returns home for the film’s “happy” ending. She has long been feeding her husband a sugar placebo to put him to sleep, so I guess the audience, if it desires, can continue sleeping as well.


But for me Send Me No Flowers is more interested in signaling its actor’s gay sexuality than it is serious about its comic heterosexual story. My interest in pointing to these open puns, gestures, and phrases, accordingly, is not prurient as much as it is a necessary reading of what this film is primarily about. Winks, in-jokes, fondling, campy phrases and just plain bawdiness give this film far more dimension than its straight-laced story of a hypochondriac husband who has a temporary misunderstanding with his wife.