bitten by a snake
by Douglas Messerli


Ingmar Bergman (writer and director) Vargtimmen (Hour of the Wolf) / 1968 (the viewing I saw, in conjunction with the museum’s “Kubrick and Co” series of films. was at the Los Angeles County Museum’s Bing Theater of Art on June 21, 2013) 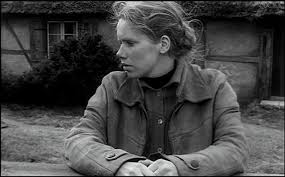 Directly after his experimental, highly artificed, and self-conscious masterpiece of 1966, Persona, director Ingmar Bergman, with greater self-confidence, determined to further explore the mental angst of his characters, many of whom had previously been forced to suffer what has been described as a “night journey,” a series of psychological tests that can exorcise their inner demons or end, as in in the case of Johan Borg (Max von Sydow), in insanity and death. Except this time round, Bergman, clearly no longer felt limited to the kind of psychological realism of works such as The Wild Strawberries or even the allegorical pantomime of a film such as The Seventh Seal, but felt confident enough to link his work to Fellini’s Juliet of the Spirits (1965), while referencing the early monster films such as Tod Browning’s Dracula and James Whale’s Frankenstein and The Bride of Frankenstein. The work’s structure and some of its tropes, moreover, draw on Mozart’s The Magic Flute, an opera that would continue to fascinate Bergman throughout his life, leading eventually to a 1974 filming of the work.


With such a broad range of influences, it is no surprise that many critics have described the various symbols and images of Hour of the Wolf as simply failing to “coalesce into a coherent pattern” (Dennis DeNitto in World Film Directors). Yet, I argue, it is this very rich overlay of associations and structures from film and opera history that transforms Hour in the Wolf much like Persona, from a work of psychological realism into metaphoric depiction of what it is like to gradually go insane as a being falls into ever-deepening fears and doubts.


The story of this film hardly matters: with his wife, Alma (Liv Ullmann), Borg (Max van Sydow) arrives at the small island of Baltrum (Bergman’s favorite location to play our psychological crises) where the artist seeks rest. But even more than previously, Borg is approached, like Tanino in Mozart’s fable, by strange and inexplicable beings which he can only describe as demons—a Bird-Man, insects, meat-eaters, a schoolmaster—all of whom terrify him and keep him up at night in horror.


His strong and supportive wife determines that she can save him, reading his hidden diary (sometimes directly at the camera) to reveal the horrors Johan is facing. Among the revelations in his “dagbok” is a former love affair with a woman, Vernoica Vogler (Ingrid Thulin).


In the final scene of the film, after having lost her husband to insanity, Alma, again addressing the camera, speaks: “Is it true that a woman who lives a long time with a man eventually winds up being like that man? I mean to say, if I had loved him much less, and not bothered so of everything about him, could I have protected him better?” The question is crucial to understanding the film, for, in her determined love, Alma, staying up through the night to lead him back into morning light (the same pattern of Mozart’s opera), she herself soon encounters these dark beasts. Approached by a Baron von Merkens (Erland Josephson), they are invited to his nearby castle, where the couple endures a surreal-like dinner party. After dinner, the baron’s wife (Gertrud Fridh) invites the couple into her bedroom, revealing a portrait of Veronica by Borg himself, stating “It has become like part of my solitary life. I love her.” The terrified Borg and Alma leave the castle, with Alma confessing her fear that she may lose her husband to the demons.
During a following long night, Borg admits to his youthful obsession with Veronica and his childhood punishment, where he was locked in a cabinet by his parents who had convinced him also lived a small man who fed on children’s toes. The most frightening revelation of the night, however, played through a dramatically startling montage of images, is about the day he has returned home to report that he had been bitten by a snake. As Borg fishes, we see a young boy, dressed only in scanty swimming trunks, lying in the sun on a nearby rock, clearly flaunting his body at the man. The boy moves somewhat closer, finally moving to the very rock from which Borg is casting his fishing rod. The tension mounts, culminating in Borg’s murder of and drowning of the young child! 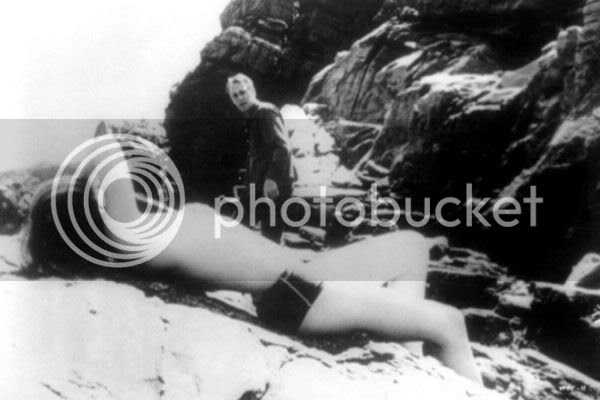 We cannot know whether this confession represents another haunting “demon” of Borg’s of his imagination or a real event in his life, but we do comprehend that the incident, real or imagined, demonstrates his sexual confusion: obviously he has killed the child because of his own sexual attraction to him. If the boy can be perceived as the snake, attempting to lure Borg into sexual activity, the dark forces within the grown man, those of the evil Queen of the Night, rush forward to destroy the snake, just how Mozart’s The Magic Flute—a puppet version of which has been performed in the baron’s castle—commences. Borg is clearly a Tonino, a man who must be further tested in order to make his Panina (Alma) his true wife.


As one of the baron’s guest again invites them to the castle, mentioning that Veronica Volger will be among the invited guests, Borg produces a pistol, supposedly to protect them from what he describes as “small animals,” and when Alma tries to dissuade him from his clear obsession, he shoots her, racing off to the castle.


At the castle, Borg not only meets the “Bird-Man” (Mozart’s Papageno obviously), but all the other demons of his dream. His face is painted—lipstick, eyeliner, face powder—as if he were suddenly a figure in drag before entering a room where the seemingly dead Veronica lies under what appears to be a winding-sheet. When Borg lifts it, he discovers the beautiful Veronica very much alive beneath, but laughing, as he suddenly realizes all of the demonic figures of the castle are watching. Borg’s breakdown is nearly inevitable; he cannot consummate the sexual act, his homosexual proclivities coming once more to the foreground: “I thank you, the limit has been finally transgressed,” he shouts, as the demons attempt to devour him, he racing into the underbrush. He has failed the tests. 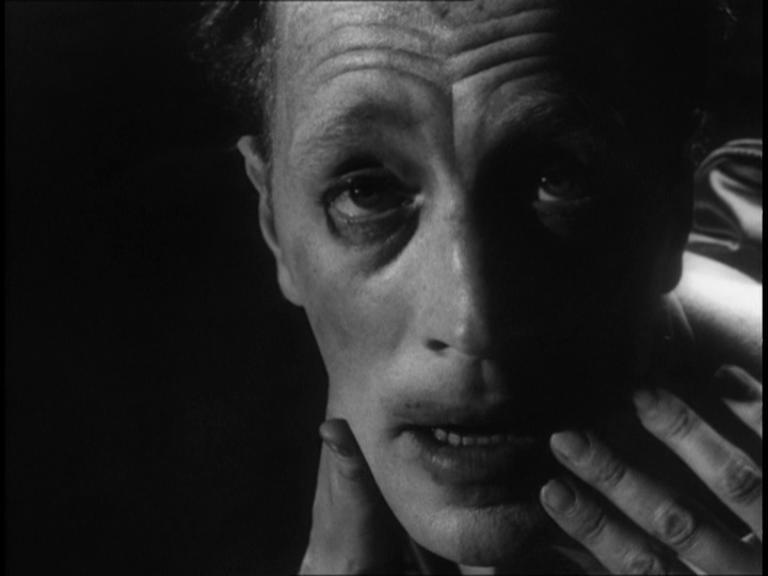 Although Alma has survived the shooting, and witnesses his final attack, she can no longer help him as Borg disappears into the woods (the same direction, incidentally, we see Giulietta heading at the end of Fellini’s film), a world into which Alma can never enter. “Is it true that a woman who lives a long time with a man eventually winds up being like that man?” The question is the answer.


Bergman’s Hour of the Wolf is less a story of a couple, one of whom is suffering from psychological angst, than it is an opera itself, an wonderfully overwrought series of overlying images and references to world literature about the inability of a human mind to accept the monsters he perceives within himself.