descent into madness
by Douglas Messerli


It seems fascinating to me that in a year in which I have focused on a frightening dichotomy of “murderers and angels,” veteran director Woody Allen has chosen to write a parallel version of Tennessee Williams’ great drama (my nomination for the best American play ever created) A Streetcar Named Desire, a work in which there are plenty of murderers but very few angels, unless one perceives Blanche DuBois’ loving sister, Stella, as an angel. In Woody Allen’s version, however, the clueless Ginger (Sally Hawkins) bears very little resemblance to the stage Stella—whom I have argued is the stabilizing “center” of Williams’ play (see My Year 2002)—and who, in Allen’s film version, lashes out against her sister just at the moment she is crying out in her deepest despair.
But neither Williams’ earth-bound Stanley nor the often hilarious “space-cadet” Blanche can be described as angels, despite Blanche’s tendency to float above reality. Both are instinctive killers even though they represent, obviously, radical different viewpoints of reality. Blanche believes in illusion, while Stanley is grounded in what is generally described as “the real.” Most of us perceive that both of these viewpoints are slightly delusional:  “the real,” which most of us might perceive is not any more “real” than the illusions Blanche projects upon the world. And both are rapacious destroyers of 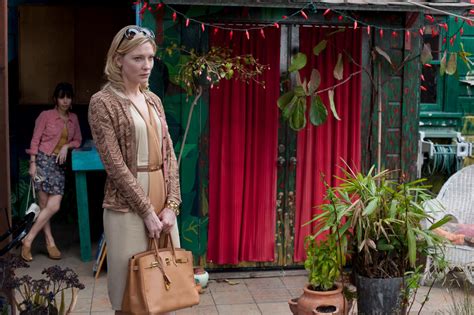 life, which, fortunately, is neither “real” in the ordinary sense, nor a simple projection of our imaginations.


As Stanley declares, as he is about to rape Blanche in Williams’ play—in words to the effect—we had this “date” from the beginning, a clash by night determined by their opposite ways of perceiving the world.


Strangely, in Allen’s telling of this tale, the “real,” the grungy everyday world of working class, beer-drinking, pizza eating, overweight beasts wins out over the highly wrought, imaginative, well dressed dreamers. Which I find rather odd, given that in film after film, Allen has shown himself as one of the best observers (if also a satirist) of upper-middle class and wealthy New Yorkers. Allen is absolutely most brilliant in creating the rooms (as he does in this film also) of the well-to-do in their comfortably large dining spaces and cocktail parties, despite the comic discomfort of Allen’s own persona and personae. One need only think of the grand dining scenes of Annie Hall, Hannah and Her Sisters, or Crimes and Misdemeanors, or of his lovely internal and external scenes of his more recent Midnight in Paris. Whereas, Hitchcock literally made love to San Francisco in Vertigo, Allen hardly dares to show anything of the beautiful vistas of the city on the bay. The kitschfully decorated rooms in which the suffering Jasmine (Cate Blanchett) is forced to inhabit with her sister are so painfully claustrophobic that when she makes an appointment with her possible savior, late in the film, she chooses to meet him in a hotel bar at the Fairmont. 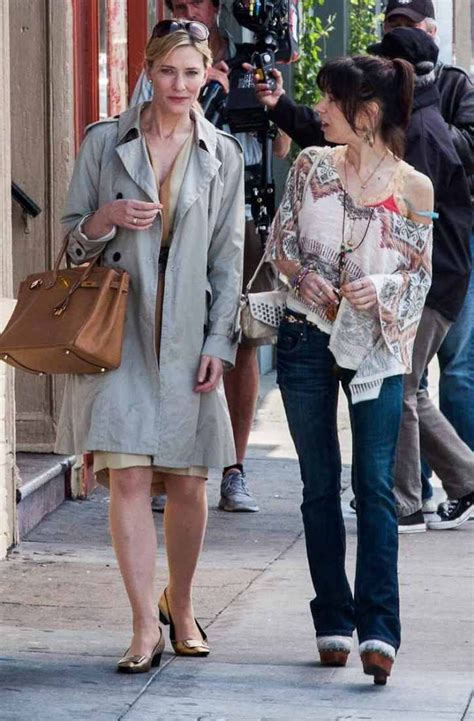 Allen’s Jasmine (Jeanette), not unlike Williams’ heroine, is already damaged goods before she arrives at the doorstep of her sister’s ramshackle apartment, despite her Louis Vitton luggage and designer dresses, salvaged from the repossession of all of her previous loot. She has lost her “Belle Reve” not little by little through decades of ancestors selling it off, but through the sudden revelation of her husband’s, Hal’s (Alec Bladwin) utterly corrupt business dealings.


I’m not a big admirer of “flash-backs,” upon which this film depends to clue us in to Jasmine’s glorious past, which is a bit like Gatsby’s grand world, and like Gatsby’s world destined to the collapse upon the artifice upon which it has been built. Yet Allen moves us astutely between past and present to reveal the absolute implosions of his heroine’s life. Whereas Williams’ Blanche gradually fell into complete moral decay—ultimately even seducing one of her schoolboys—Jasmine’s world was destroyed by her husband’s endless tissue of lies, betraying not only every one of his investors (including Ginger and her husband, who had won $2000,000 in the lottery), but his wife through numerous sexual relationships of which everyone but she was aware. Her sudden fall from the grace of her posh Park Avenue rooms and Southampton beach house, leaves what seems as a fragile woman talking to herself and imposing long one-sided conversations upon perfect strangers.
Yet in these mad interludes, along with the insistent flash-backs, we gradually begin to perceive that if her husband was a kind of Bernie Madoff, she willingly played his perfect trophy of a wife, looking away from all of his shady business dealings and sexual dalliances in order to maintain the glorious life it afforded her, pretending to herself and others that she was truly a moral being through her social involvement with various charities. One has to almost applaud Allen for his deep satiric jab at the rich in this film, except that as cynical as their world may be, so too is Allen’s own vision.


For unlike Blanche DuBois, the self-created Jasmine has few of the former’s true psychological and emotional traumas. Despite the heroine’s apparent fragility, she is, at heart, tough as nails, perfectly able to seduce all the course men around her. Although Blanchett’s version of Blanche is, before the movie has even begun, defeated, a destroyed woman, babbling in “over-the-top” conversations, mostly to herself, but, at moments, even to her sister’s wide-eyed children (who might almost be described, as in Williams’ Cat on a Hot Tin Roof, “no-neck monsters”)—she is even described as having a nervous breakdown—Jasmine is a seasoned predator, weaving her “gentleman caller,” the self-assured diplomat Dwight (Peter Saarsgard) into her web of lies. Although Blanchett’s acting is often quite brilliant in these scenes, she is often so close to the edge of over-acting, switching accents and even acting modes so quickly that one hardly knows whom she’s imagining who she might be, that I still can’t determine what I think of her performance. Let us just say it’s all a bit overwhelming, maybe not as brilliant as it appears to some movie-goers who love see actors acting, but, at moments, she’s wonderfully convincing.


At the very moment that Dwight is about to purchase the wedding ring for her, her sister’s first husband Augie (Andrew Dice Clay)—conveniently for the plot—shows up on the street to accuse his former sister-in-law in front of her potential savior. But then, unlike the straight-laced Mitch of Williams’ drama, the self-satisfied, future-politician Dwight, has also sought her as a “trophy” wife, warning her of her future: “you will have to smile and stand beside me.”; and we are subliminally quite pleased that the affair is so suddenly, if tragically, ended—even if it does lead to her expected descent into madness which we know by this time is inevitable. Inevitable perhaps, but also somewhat unexpected and rather painful had we dared to care about the seemingly traumatized “victim.” 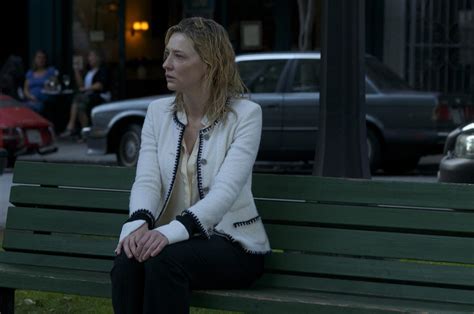 Allen reveals that, despite Jasmine’s declared ignorance of the completely empty world around her, she not only knew of her husband’s vast deceit, but, when her husband threatens to leave her for another woman, uses, in revenge, what she knows to have the FBI arrest him—all of which, obviously, makes her a true collaborator in her husband’s crimes, and erases any possible relationship with her now self-destructive son, whom she discovers is living and working in Oakland.
The “Stanley” figure of Allen’s retelling of Williams’ tale, Chili (Bobby Cannavale), does not “rape” this delusional woman—she has already carried herself off from all human contact—but simply settles into Ginger’s apartment, claiming his rightful territory. Allen’s poor once-rich Blanche, takes her final hot bath and slips off into madness as a street person.


Although I have to praise Allen for comprehending some of the satiric and comedic elements of Williams’ original masterpiece (even though so much of his plot is ridiculously ensnared in what is an absurd, winking Woody Allen conceit, about his heroine’s inability to comprehend how to take a computer course in interior decoration; is there no one she might encounter in that computer-rich city to show how to get on line?), it is hard to forgive the director for the chilling view with which he ends this bleak work, where Jasmine is offered not even the kindness of strangers. So, in fact, there is, at film’s end, a kind of murderer in this work who willingly kills off the woman who through her suffering, if nothing else, has become a sort of fallen angel: the writer/director himself.
Posted by greenintegerblog at 7:21 AM