It has always seemed a bit strange to me that director Jean-Luc Godard chose perhaps the romantic city in the world in which to shoot his vision of a cold high-rise world devoid of street-life. Even if it makes sense financially, it is almost unthinkable that in the year I first began coming to that busy-night, gloriously lit city, 1965, that Alphaville could have anything to do with Paris! Yes, I had seen, years later, the office high rises of La Défense hovering in the distance, but it was never a part of the city, on my numerous trips to Paris, which I had any reason to visit. The Paris I know always has seen as busily bubbling with citizens and lovers as it is in Gershwin’s An American in Paris. It is practically a miracle, accordingly, that Godard was able to film his work on location, a film-noir-like futurist dystopia in which its creator Professor von Braun (Howard Vernon) and his computer Alpha 60 has taken over the minds of its people, destroying all individualist concepts of love, poetry, and emotion while replacing them with opposite concepts or simply eliminating them, much like those people who reveal signs of emotion—even crying over the death of someone—are eliminated en masse. Swedes, Germans, and Americans, we are told, best assimilate to Alphaville. The Southern Europeans, we can deduce, are just too emotional. 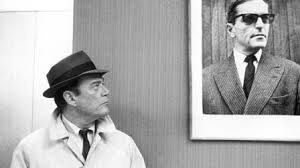 Love has been replaced by casual sexual encounters with “seductresses,” who drop their dresses at the slightest provocation, giving visitors sexual release without any of enjoyment of true pleasure of love. Using a kind of stock tough-guy character from a series of Lemmy Caution novels and films (mostly performed by Eddie Constantine, the central actor here), Godard makes no attempt to continue the character type, as he transforms the secret agent into a journalist for the Figara-Pravda, sent to search for missing agent Henry Dickson and to bring von Braun into the outlands while simultaneously destroying the gigantic computer that has reeked such havoc.

Evidently the citizens of Alphaville, in their sensually-deprived lives (their dictionaries are replaced regularly with fewer and fewer words) have also become inordinately stupid, as Caution is anything but “cautious,” stumbling around the darkly-lit city snapping inexplicable photographs with his cheap Instamatic camera (I had brought one just that year), asking straight-out questions, and demanding to meet von Braun—in all of this reminding one of an American tourist trying to take in an incomprehensible new country. 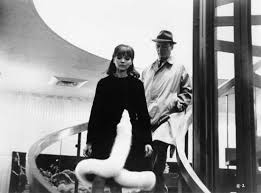 Although agent Dickson dies early in the film, Caution’s craggy face seems to generate trust. Meeting von Braun’s daughter, Natacha (Anna Karina), he asks to be introduced to the evil professor, which, although she has never met her own father, agrees to arrange if she can. Van Braun, himself, offers Caution (pretending to Ivan Johnson) a chance to join the community, suggesting he might even rule a galaxy.


Meanwhile, Caution conspicuously hangs around, mostly because he’s fallen in love with Natacha, and gradually attempts to teach her, through Paul Eluard’s poetry Capital of Pain, concepts that she does not comprehend. When he finally shoots up computer headquarters, destroying the computer itself (whose voice, performed by an actor who had lost his vocal box, dominates the last half of the film) through a poetic riddle, reminding one, in part, of a story by Jorge Luis Borges, the film suddenly comes alive. Indeed much of the eerie quality of this film bears the influence of Cocteau’s Orpheus, where evil-minded figures also speak in strange poetic gibberish, before art temporarily saves Eurydice. 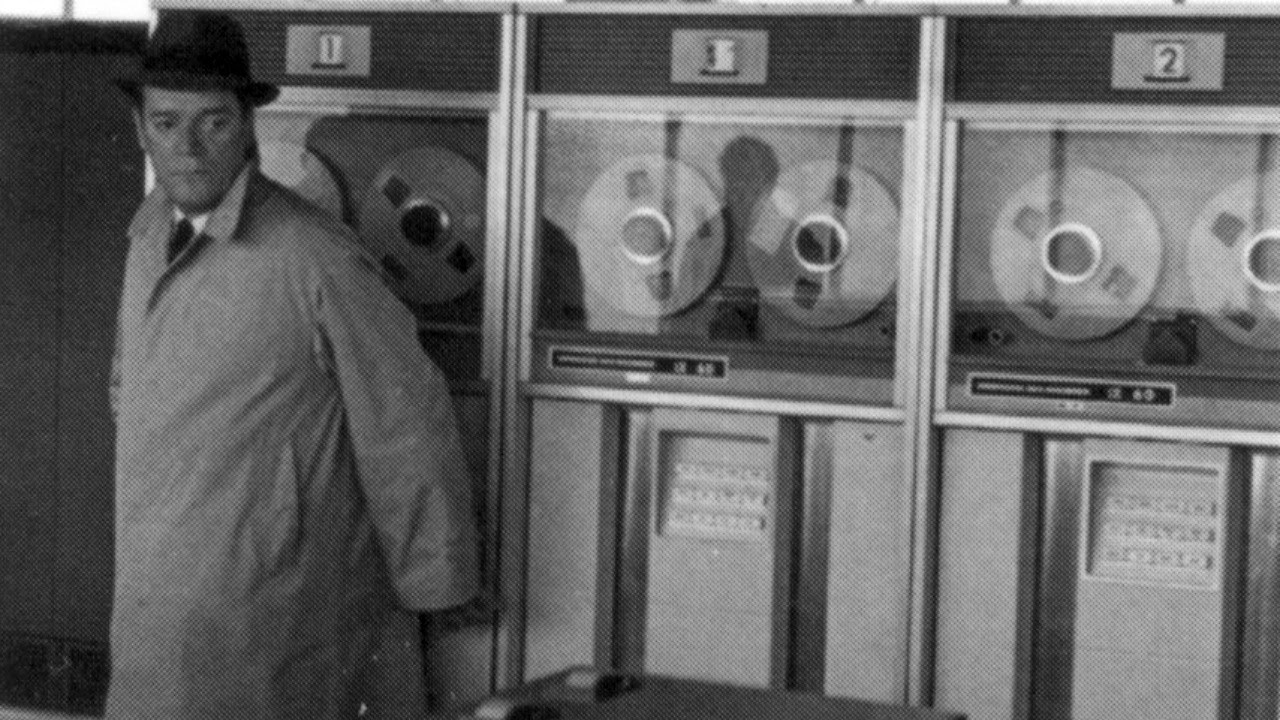 The citizens of Alphaville, without their leader and big-brother thinker, suddenly reel and spin through the halls as if their very bodies had also been controlled by Alpha 60, while Caution scoops up Natacha to escape back into the outlands, she, just in time, learning how to speak a completely new concept: “Je vous aime.” Like any good secret agent movie, love wins the day!


If this all sounds a bit silly, I wouldn’t argue. But Godard is never that simple, and his perfectly dressed characters, Natacha in a fur-lined dress-coat and Caution in predictable trenchcoat—often standing against a backdrop of florescent Einstein formulas—are memorable, speaking, at times, for far more than this work’s characters and plot.


And Godard’s ending, where poetry wins out over science, is something that could happen only in France. Kubrick’s 2001 computer, HAL, of only three years later, you’ll recall, almost succeeded in destroying the spacemen supposedly controlling him, and it was only rational science that allowed Dave Bowman to survive—if he did survive! Caution and his new girl-friend, fortunately, are not forced to enter a Louis Quatorze bedroom in order to die!