After an intense shootout, a group of hoodlums regroups within the living room of an old house, trying to determine which of their members are dead. The living are asked to line up against the wall facing out, the dead should face in, demands the group’s temporary leader, Big Ed (David Enright). The “dead” are forced to leave the house, where the police will surely gather them and send them to the morgue. So begins the seemingly zany mash-up of the gangster movie, the haunted house horror film, and a metaphysical speculation by Canadian filmmaker Guy Maddin.


And from this scene on we enter a strange surrealist-like world where ghosts mingle with the living, sometimes even while they are engaged in sex, and figures, like Calypso (Louis Negin) and Ulysses (Jason Patric) are intertwined with other cartoon-like figures such as Johnny Chang and the forever masturbating-Yazie playing Brucie, Ulysses’ now-dead son. And for a few moments, before Ulysses finally shows up carrying the body of nearly-dead woman named Denny (Brooke Palsson), we almost feel that this cacophony of genres and character types will result in nothing but a campy pastiche. Yet anyone who has seen a Maddin movie, knows that the director is absolutely brilliant in his ability to juggle various opposing elements, weaving them ultimately into a kind pattern that Penelope herself might have envied. 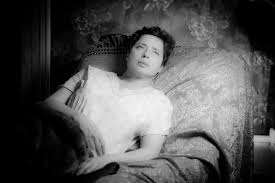 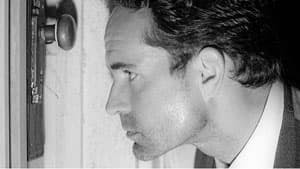 Ulysses’ wife, however, is here called Hyacinth (Isabella Rossellini), and it is her love and the home life with his three boys, Ned, Brucie, and Manners (the latter of whom the gangsters and captured, tied up and bound) that this Ulysses has returned to claim. In order to recover that past, he is forced to go through the house, room by room, gradually calling up through ghostly visions, the other-worldly emanations of Denny, and a recharging jolt from the electric chair created by his son Manners, a figure he pulls with him throughout journey through the house.


In Greek myth, Hyacinth was a beautiful young male, beloved by Apollo, who, when playing discus was killed when the jealous Zephyr blew the stone into Hyacinth’s body. Loved also by the Thracian singer Thamyris, Hyacinth also represented one of the first examples of homosexuality in Greek mythological story-telling. But in Maddin’s mythology, Hyacinth is simply a beautifully sorrowful flower with her father, Calypso, chained to her bed, and her current lover Johnny Chang controlling her every move. Since her children and husband have all been killed off, she has few alternatives and is clearly bitter about her situation—although she also is fascinated and frightened by the possibility that Ulysses may somehow be able to reach her room.


As looney as it sometimes seems, Maddin’s tale is a kind of Proustian story in which Ulysses orders in interior decorators to return the haunted house into the beautiful home it had once been, at that same time he, room by room, attempts to remember the whole of his past life. With the help of the drowned Denny, his son Manners, who once loved Denny, and the jolt of electricity, he gradually reclaims time, and with Manners’ help puts everything back in its precise spot, freeing Calypso (whose bonds Hyacinth has already severed) and Hyacinth at the same moment he destroys Chang. And, if at first, the film may have seemed dense and incomprehensible, it gradually, scene by scene, begins to make narrative sense. If, in his lifetime, Ulysses has ignored, squandered, and destroyed his near perfect home life, by Keyhole’s end, most of his gangster friends have been eliminated, and he and his family returned to their former lives. Time past has not only restored but reclaimed.

But, of course, we know it’s only in fiction and film—expressions of the imagination—that such things actually happen, and, in that sense, Maddin’s movie becomes a sort of rumination of the restorative power of film itself. If gangster and horror films dole out the bloody dead, so too can cinema retake its past, unrolling that pattern, like the Penelope of Homer’s myth, weaving and unweaving a pattern of life and death until it again becomes a blank space on which to reinvent history. Through the keyhole a Ulysses may only be able to glimpse fragments of the life once lived, but by opening the doors to every room he can finally cleanse the haunted house of its ghosts.