In Wong Kar-wai’s English mistitled film—in the original Mandarin Chinese the title suggests something “indecent”—the likeable gay couple, Ho Po-Wing (Leslie Cheung) and Lai Yiu-fai (Tony Leung), are clearly mismatched. Together they have traveled from their home in Hong Kong to Argentina in an attempt to renew their relationship, both  trapped in a pattern of abuse and “starting over.” Traveling in a beat-up automobile, the two get lost, argue, get lost again, and finally part. The more stable of the two, Lai, who would like to maintain the relationship, copes by finding a low-paying job as a kind of barker for a local tango club. 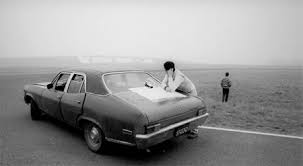 Even though Ho nightly picks up tricks, he still, clearly, is determined to hurt Lai, often bringing his lovers into the club. Living in a small room, Lai tries to get over his feelings for Ho, but is clearly suffering. When Ho shows up one night having been severely beaten by one of his clients, Lai takes his former lover to the hospital and allows him back into his life so that he can care for him. Although Lai, at first, refuses to share a bed, he gradually falls back into the pattern of lover, nursing and feeding Lai who with bandaged hands can do little for himself. And for a short period, we are later told in a voiceover, the two again become “happy together.”


But as Ho begins to heal, so too does he return to his destructive ways, going out each night while leaving his almost saintly companion in utter loneliness. Lai changes jobs, working in a restaurant, where he meets a young man from Taiwan, Chang, who is almost the opposite of Ho. Undemanding, caring and friendly, Chang has the gift of listening: he hears voices from across the room and can tell through the tones of the words he hears the inner condition of the speakers, forcing Lai and the audience to recognize the sadness betrayed by Lai’s voice. 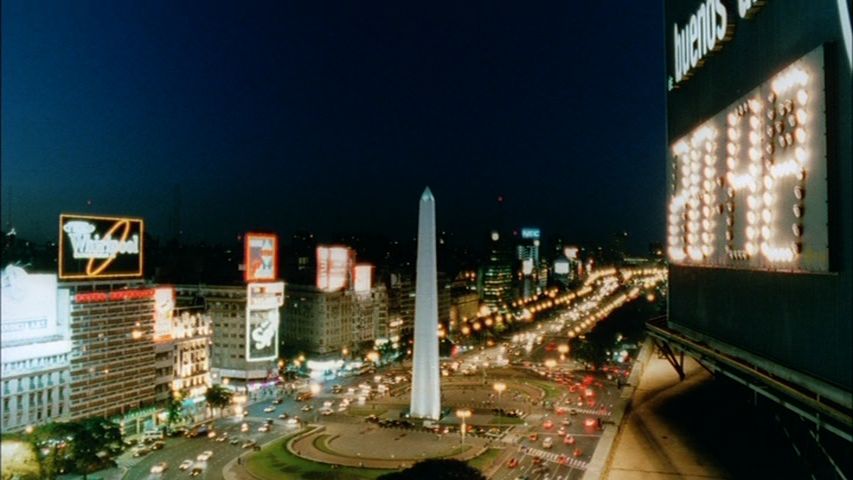 Indeed, there is something increasingly despairing about Wong’s film, as Lai begins to drink more heavily and like Ho starts to pick of men in public places, in fact running into Ho himself in one of the public bathrooms. Although a close friendship develops between Chang and him, and it is suggested that Chang may be gay, the two do not sexually link up, and, ultimately, Chang moves on in his own search for meaning by traveling to the Antipodes of Asia to the tip of Argentina where there is a lighthouse where, legend has it, all sorrows can be left behind. 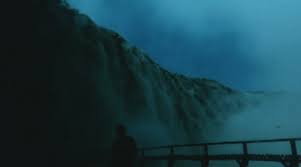 Ho tries to return, to “start over” once again, but this time Lai does not accept him, as he moves on to yet another job, as a butcher, which pays better. In another voice over, we are told that Lai has stolen from his father’s business partners in order to finance his and Ho’s trip, and he now becomes determined to return to Hong Kong and, eventually, pay off his debt.


But before he leaves Argentina, he must also visit a place of natural beauty that may bring him some resolution. Throughout the journey, both he and Ho have been determined to visit the famed Iguazu waterfalls depicted in a small magic-lit lamp they carry with them. In a long short of the towering falls we see all the perils and power of the two men’s relationship played out in natural imagery, a scene which certainly does bring this movie to a kind of closure.


In what appears almost as an appendix, we see Ho in Taiwan, about to return to Hong Kong. In the night market of Taipei he visits a noodle stand run by Chang’s loving parents, stealing a photograph hanging upon the wall of Chang posing at the end of the Southern continent. The movie closes with the Turtles’ Hit of the 1967, “Happy Together.” But the lyrics, in this context seem highly ironic. Do they refer to the brief period when Lai was nursing Ho? To his undisclosed love of Chang? Or is the director speaking through metaphors about the soon to be “handover” (the same year of this movie) of Hong Kong to China, obviously a relationship that was also fraught with tension? 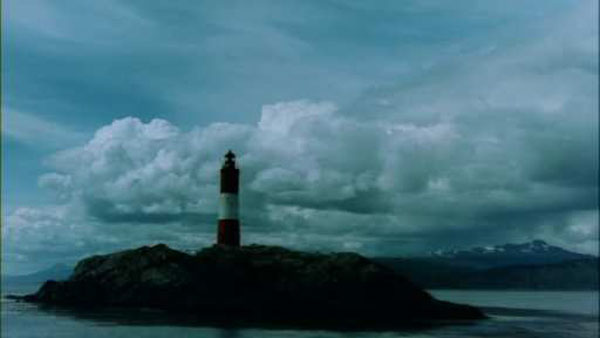 In a sense the ambiguousness of this ending is something that plagues Wong’s film throughout. In the seemingly indiscriminate changes from black and white to color, in its sudden shifts from realist landscape to a blurring of city images, in its quick-time speed up of the Buenos Aires streets, and in its general narrative laxness, the director seems not quite sure whether he wants to tell a somewhat poignant and painful story of a failed relationship of two gay lovers or whether he wants to push his work into more metaphoric territory. Perhaps he is suggesting that the love that both of these men are seeking, the happiness of “being together,” is destroyed as it falls, like the great Iguazu, into the turbulence of living itself. While Happy Together, accordingly, often seems like a powerfully nuanced film, a sort of triste-induced “last tango,” in the end it leaves one with a sense of a void, of profound emptiness, with a grand inertia of being, finally, unable to “start over” once again.