Given the hectic comic beat of Preston Sturges’ films, there are nearly always moments in each of his works in which the flow of his deft timing speeds up, momentarily tripping up both his characters and plot. There is something almost old-fashioned about these cinematic moments, as the director switches from the careful flow of his sophisticated jokes and scenarios into a style that seems more at home in Mack Sennett’s slapstick presentations. Sometimes these slightly discomforting and awkward scenes occur in the opening credits (as in the madcap wedding switch of the matching twins in The Palm Beach Story) and, at other times they emanate from the increasing momentum of the story itself (as when the Marines of Hail the Conquering Hero get carried away in their plans to return Woodrow Lafayette Pershing Truesmith to his hometown as a full blown hero, or when, in the midst of his labor camp imprisonment, wealthy director John L. Sullivan witnesses the almost clinically hysterical laughter of his fellow prisoners upon their witnessing Walt Disney’s Playful Pluto—the latter one of the most unbelievable displays of laughter outside of Lubitsch’s film Ninotchka. As I suggest, these moments, which we might describe as demonstrative releases of the boiling comic energy or stimuli to the comic thrusts of Sturges’ films, do not always make for comfortable movie watching, as they are seemingly at odds with everything that follows or proceeds them. It is almost as if the witty and clever dialogue and situations of the director’s “play” had exploded into a burlesque as cheesy and corny as something presented at Minsky’s most lurid competitors. 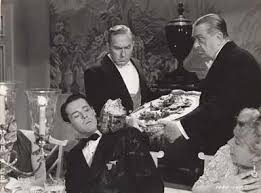 Sturges’ 1941 masterwork The Lady Eve stands throughout at the very verge of these oppositions in the director’s work, as he presents, first, a sort of hard-boiled, wise-cracking, sophisticated comedy that represents a high point in Sturges’ art, which, in the second half of the film, he completely unwinds in a purposely clumsy, often overacted parody, in which his major actor Barbara Stanwyck is forced to impersonate a British “Lady,” Lady Eve Sidwich, while Henry Fonda is asked to take dive after dive—over a couch into a creamed appetizer, into the remains of a platter of roast beef while he sits at the dinner table, and through a curtained doorway with which almost brings down the house. Yes, these maneuvers also make for some discomfort; but since they are intended to do precisely that; as part of Eve’s punishment of Charles Pike for his having abandoned her after she had fallen love, they cannot help but make us also laugh. If everyone is made to look foolish, so, we must conclude, everyone in this long scene—which includes nearly all the major character actors of the day—is a fool, pretense defining his or her major courses of action. 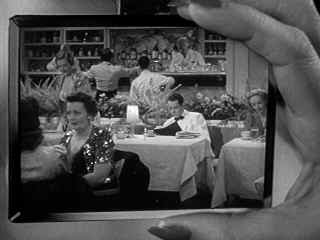 And if these burlesque routines represent a bow to past cinematic stylization, in this instance we must necessarily also perceive Sturges as being far ahead of his time given his thematic set up. If the first half of this confection skillfully presents us with a kind of inverted screwball comedy, the second half takes us entirely into new territory.


The heroine, Jean Harrington (Stanwyck), seems to be in control of nearly all the events in the first half of this film. A secret conman, Harrington, with her card shark father, “Colonel” Harrington (the always watchable Charles Coburn), and partner Gerald (Melville Cooper), plan to make a killing on the ship journey from South America to New York. And when suddenly the boat is stopped to pick up the wealthy heir of the American Ale fortune (“The Ale That Won for Yale”), they switch plans, as they lure the handsome young snake expert, Charles Pike (Fonda) into their clutches. Sturges brilliantly demonstrates their swindling skills by having Jean observe the failed flirtations of several other women aboard before she takes over by boldly tripping Charles up as he passes by her table. With that first fall to the floor, the falling and tripping never end. Within moments, of course, Charles, intoxicated by her perfume (he has been up the Amazon for months) and dizzied by her beauty, falls in love, declaring that he would like to marry her almost before she can lead him to her room in her search for another pair of shoes (he has broken the heel of one of her shoes in the fall). Even though she has begun her actions in order to help her father trap the young man into a card game, we quickly perceive, she is also touched by his gentle vulnerability. And while she readily uses her hard-nosed feminine wiles in order to literally make him grovel at her feet and snuggle up to her breasts, she is also surprisingly honest and open about her motives, admitting that everyone in the room knows who he (Charles) is, and, later, admitting that she purposely tripped him to get him into her room. As Charles himself puts it, she is a strange girl, knocking him down only to build him up.


If Jean seems in control, however, it soon becomes clear that in his utter innocence, Charles has the upper hand. He, after all, has the snake (a species he has brought back from the Amazon) which terrifies her. And despite all of her machinations, it is Jean who falls head-over-heels in love, tripping up not only her own but her father’s nefarious plans. In order to win Charles, she is even willing to thwart her own father’s gambling tactics, which almost permits the wealthy young Charles to stay out of debt to the card shark. 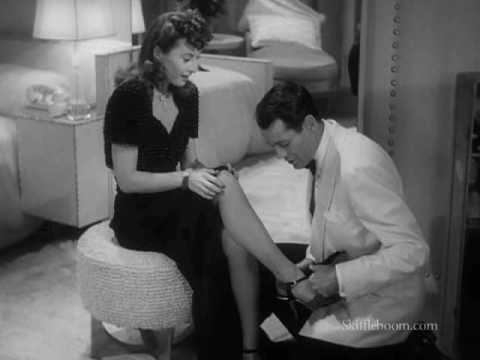 Just as she has “tripped” Charles, however, Jean too is eventually “tripped up” by the truth, as Charles’ companion Muggsy (William Dearest) reveals that she is a member of the criminal team. Charles’ predictable rejection of her leads to her own fall—as she sobs, flat-out, upon her bed.


“Tripping,” indeed might be the way to describe the events these two woebegone lovers experience in their plights. They are both literally “on a trip” throughout the film, traveling from South America to New York, on to Connecticut, back to New York, and, finally taking a train to nowhere and another ship into the future. Already in the first half, both are tripped up by love, to say nothing of the numerous pratfalls of which I have already hinted in the second half of the film. Finally, they both lurch forward from event to event almost as if they were on drugs. Charles’ father even asks the younger Pike, at one point, whether or not he is drunk. With all the shifts of personas and realities he is facing, he might as well be inebriated. In the high and lows of their remaining love affair, moreover, they surely experience something akin to responses of various kinds of addicts.

In reaction to having been betrayed by Charles and serpent, Jean—as a new-born Eve— is determined to seduce and punish her Adam in the gardens of the Nutmeg State. With a feminist like fury, she lashes out by playing her own self in drag, transforming the beguiling con-woman she was previously into a kind cackling, wise-cracking, schemer. For his part, Sturges releases his characters and actors from comedic control, encouraging them to act out a parody of their own small-minded plots. The more outrageously Eve behaves, the higher her American counterparts hold her in regard.

The only question is how Charles might possibly fall in love with this “new” version of Jean. He is so blind at this point, we can only surmise, that the very fact that she looks like his previous love proves that she is not the same woman—despite Muggsy’s insistence that “She is the same dame”—a woman perhaps more worthy of his love.


That “worthiness” becomes the issue of his wedding night, as, one by one (a bit like Rebecca admitting her wicked past to new husband, Maxim de Winter in Hitchcock’s film of the year before) she names her previous lovers, unintentionally (or perhaps intentionally) defenestrating her former lover from the train. The long, slow, roll down of the curtain of her compartment window ends the burlesque, returning us to the more standard comedic elements of Sturges’ film. And so the film ends, back aboard the ship, as Charles re-encounters Jean, being so relieved to see her again that he takes her in his arms for the movie’s first truly passionate kiss. Despite the restrictions of the Hays Code, Charles follows her into her room for what we recognize will not simply be a replay of this film’s earlier scene. Not to worry.