how to get away with murder
by Douglas Messerli

Michael Tolkin (writer, based on his fiction), Robert Altman (director) The Player / 1992

The other morning I watched Robert Altman’s excellent film The Player on a Netflix disk. I had seen the film when it first appeared in April or May in 1992, and I was now amazed by the fact that I could still call up the scenes in my memory so specifically; obviously the film had had a significant impact when I first witnessed it.


By coincidence—a concept which, given the continual collision of parallel incidents my mind subconsciously and significantly interlinks, I no longer believe—that same evening I “accidentally” chose to watch Alfred Hitchcock’s The Trouble with Harry as our nightly TV fare. Almost immediately, I realized the obvious relationships between the two films: both deal with a murder (or, in Hitchcock’s case an accidental death) that results in good for almost all the characters—in Hitchcock’s case, nearly all the figures of a small local New England community. I have described it as regeneration of sorts (see My Year 2003); following the lead of critic Lesley Brill, who argues that in this film “Death passes and life renews without effort or anxiety,” I suggested that by continually burying and unburying the dead man, the entire community is eventually transformed into a world of new-found life and love. 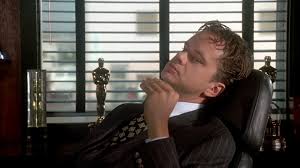 In recalling this, it struck me that some of that kind of same “regeneration” of life and love occurs in Altman’s Hollywood satire. Before murdering screenwriter David Kahane (Vincent D’Onofrio), in a furry of anger for being stalked and having his own life threatened, movie studio executive Griffin Mill (Tim Robbins)—a company guardian (half lion and half eagle, both logos for major studios) of the filmmaking “mill”—is suffering from a career that is on the skids. Mill, who serves the studio as the selector of 12 scripts annually from over 50,000 submissions, according to the rumor mill, is about to be replaced by former story executive Larry Levy (Peter Gallagher), a mindless hack who—like many a studio executive before him—argues that good stories can be obtained free through newspaper articles, which obviate the need for screenwriters. As Mill snaps back, why not get rid of actors and directors as well?


Mill’s tepid love affair with his story editor, Bonnie Sherow (Cynthia Stevenson) is also near an end, despite her love and near-adulation of the slick “ass-whole” (as Bert Reynolds describes Mill, in an apparently ad-libbed remark).


Even more troubling for Mill, however, is the postcards relaying threats upon his life he daily receives, some even without a postmark. Obviously, he has offended a would-be script-writer, but, given the vast number of well-meaning if self-deluded individuals he has abused—in true studio form, encouraged and ignored in the repeated phrase “I’ll get back to you”—who is the potential murderer? Leafing back into imaginary period of time in his daily schedule, he comes to the conclusion that it must be Kahane, and, looking up the man’s address, adventures out to Pasadena to confront him. After discovering that the would-be-writer is attending a showing of The Bicycle Thief (a film about the terrible effects of a thief upon a simple working-man who depends on his bicycle for his livelihood), Mill pretends to run into the writer with the intention of offering him another chance, in hopes that the threats will be ended. After a quick drink in local Japanese bar, Kahane makes it clear that not only is he on to Mill’s game, but that—despite his own desire for Mill’s death—the studio guardian has got the wrong man. After the two encounter each other again on the street, Kahane accidentally pushes Mill into a pool of water, angering Mill, who attacks the writer, pummeling and unintentionally drowning him.


Just previous to that series of events, Mill, outside the writer’s house, has a cell-phone conservation with Kahane’s girlfriend, June Gudmundsdottir (Greta Scacchi), a painter to whom he immediately takes a liking. And despite the anxiety and efforts to remain out of range of police suspicion which Mill inevitably must face (as opposed to Hitchcock’s figures), an intense relationship between the two quickly begins to change his life. Although the death threats continue—culminating in an actual murder attempt in the form of a gift of a live rattlesnake—and Levy’s assault on the studio executive’s job intensifies, after the murder Mill suddenly seems to come alive, finally cutting off (although he takes the coward’s way out) his relationship with Bonnie and besting Levy by hooking him up an improbable script, Habeas Corpus (the story of which is revealed in a hilarious send-up of a film pitch by actors Richard E. Grant and Dean Stockwell).


Although Kahane has previously described his girlfriend as the “ice queen,” Mill quickly melts her in a desert spa, as the two combine underwater sex with a far more shocking attempt at confession by the man who previously would admit nothing. Mill’s sudden quick-thinking and just plain luck (a would-be witness to the murder mistakenly choses the cop, played by Lyle Lovett, in a line-up), result, just as suddenly, in a turnaround in his career and in the marriage to and pregnancy of June Gudmundsdottir. She, clearly—given her own hazy view of moral precepts—is the perfect partner for the now redeemed “hero.”


While Hitchcock’s townsfolk, however, were all true innocents, who feel real guilt for even being tangentially involved in the stranger’s death, Mill, as Altman’s pointed satire makes clear, is far from blameless, and is, in large, part of a system that depends upon the destruction of the lives and careers of individuals—a fact specifically reiterated by the Mill-inspired firing of his former lover, Bonnie by Levy. And while Hitchcock’s witnesses to a murder are saved by their embracement of a presentness that includes both present and past, Mill’s “happy ending” is merely a chronological development over linear time, with no possibilities of actually altering the past because in his world there can be no past. Mill’s world, like the films he makes, is not a thing of reality, but a mimetic pretense, a representation of the real thing that merely gives the illusion of real time or space—the fact of which Altman makes even more apparent through the theatricality of his film, with its overlong, ostentatiously uninterrupted tracking shots, its constant images of and references to cinema history, its garish night-colors (greens, blues, and yellows) and its daytime pastels.


Just as his would-be killer ultimately rewards Mill with a story that is the very movie we are watching, so too does he truly kill him, by pointing out his role: he is not a real person, but a “player,” one of the cast of actors whom, as Altman so brilliantly reveals throughout his artwork, are just as unreal when they are playing themselves as they are when playing others. The vast cast of cameos roles (Steve Allen, Cher, Harry Belafonte, Robert Carradine, James Coburn, Peter Falk, Teri Garr, Jeff Goldblum, Buck Henry, Anjelica Huston, Malcolm McDowell, Julia Roberts, Nick Nolte, Lily Tomlin, and Bruce Willis among dozens of others) are even less fully-dimensional figures in their appearances in this work than they are in their performances in other films. Despite the titillation they may offer, they remain merely names. Just as Mills as Robbins is a player, so too is his “happy” life a myth (like a griffin) a concoction of the mind. Once “The End” is scrolled across the screen and the screen goes black, the player is dead.


If that is also true, of course, of every figure in The Trouble with Harry; but the significance of these characters’ lives, I suggest, has the potential, at least, to remain in the mind and effect the viewers’ real-life being. And, in that sense, Harry’s survivors remain stolidly “alive,” despite the fact that we know they, too, are simply imitative figures dancing across the flickers of light we have just witnessed.


After witnessing Griffin Mill’s life, I suggest, no one but the already dead among us (the future simple-minded studio executives-in-making) would want to emulate his experiences. While I’d gladly travel through time, if I could, to be “ignited” by that Vermont fall skyline. Howard even suggested that he would love to live in that little community for rest of his life.


No, we won’t move to Vermont! With winter coming on we’ll stay warm in Los Angeles, living out a version of our own happy lives—without, one hopes, the lies involved in making motion pictures, and with the recognition that, mostly, it’s only in the movies that you can get away with murder.

Los Angeles, October 4, 2014, Howard’s birthday
Posted by greenintegerblog at 6:09 AM