Guy Maddin | Brand upon the Brain!

Since the mid-1980s Canadian director Guy Maddin has been conjuring up low-budget-expense and high-budget-concept films that combine surrealist-like images, outsider stories, and amateur actors to create films that tower over most Hollywood productions. For Maddin film history is not something to be studied but a treasure to be exploited, used time and again in his own celluloid fantasies. Early works of the silent films, of the horror genre, and exploitive sexual flicks marry sophisticated comedies and psychological documentaries in Maddin’s oeuvre, nearly always creating something arresting and fresh. 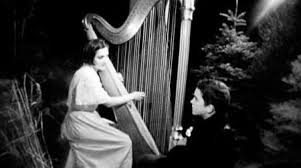 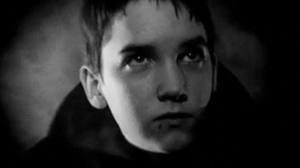 His 2006 mockumentary Brand upon the Brain! tells the horrific tale of a figure, also named Guy Maddin (Sullivan Brown/Erik Steffen), who after growing up and abandoning his childhood island-home, Black Notch, is called back 30 years later by his monstrous, yet still beloved Mother (Gretchen Krich/Cathleen O’Malley/Susan Corzette) in order to repaint the lighthouse home in which he was raised. As the older Maddin whitewashes his strange “home,” so he imagines he is covering over the wretched past; but, in fact, in attempting to paint it over, he calls it up for himself and his audience, revealing a series of psychologically tortuous childhood experiences that, in 12 chapters of fractured flashbacks, serve as almost a catalogue of cinematically conceived boyhood terrors. Both Mother and Father (Todd Moore/Clayton Corzette), who run their lighthouse home as a home for orphans within which they also raise their two children, Guy and Sis (Maya Lawson), are involved in something clearly sinister. Although Mother is doting and loving—often to the point of a pederastic-like fondling of her son—she also regularly rages against the two children and her orphan charges, demanding their complete celibacy and sexual non-differentiation. With the help of a telescope atop the lighthouse she spies on their outdoor activities, while trumpeting her love and rage through an “aerophone,” a radio/loudspeaker contraption invented by Guy’s Father.
One day, the famed serial movie star, detective/harp-playing Wendy Hale shows up on the otherwise empty island, immediately creating a bond with both Guy and Sis in order to help her solve the secret to their parents’ nefarious activities and to explain why the island children have holes bored into the backs of their heads. Guy falls in love with the beautiful Wendy, while Wendy quickly falls in love with Sis, determining to disguise herself into her twin detective brother, Chance in order to get closer to Sis.
Between strange nightly processionals of the orphans, up and down the metal, spiral staircase to Guy’s Father’s laboratory, the periodic transformations of Mother from a middle-aged harridan to a young beauty, and the secret plotting and ritualistic meetings of the orphans led by their eldest member, Savage Tom (Andrew Loviska), Sis and Chance/Wendy establish a near-sexual relationship, while the lonely Guy, missing his beloved Wendy, develops a “boy crush” on Chance. Thus does Maddin, the director, establishes a near lunatic story involving nearly every subject forbidden for filmmakers in the decades prior to his film: lesbianism, homosexuality, pederasty, cannibalism (Savage Tom seeks to serve up the heart of the poor orphan Neddie [Kellan Larson]), and medical experimentation on children—the last revealed when Chance discovers that Father is harvesting a nectar from the children which provides his wife and others with a temporarily restoral of youth.


Everything ends badly as Sis kills Father; Mother restores him, like Frankenstein, to life; formerly victimized orphans return on a rowboat, killing Father; Mother, desperate for nectar, is discovered devouring little Neddie; Sis and Chance/Wendy, now married, force Mother and Savage Tom from the island; and, finally, Guy is sent away in foster care. Is it any wonder that grown-up, Guy, in his attempt to whitewash his horrific past, appears sad and depressed as he now wanders Black Notch still in search of his fleeting love? The return of the elderly Mother, merely rekindles some of the horror he has suffered. She dies, furious with her son’s inattention—at the moment of her death he is distracted by his fantasy of Wendy—and he is left alone, caught between his memories and a vague future that promises nothing but emptiness.
The “brand” imposed upon his brain, a mark or indelible lesson, is, obviously, the madness of his childhood, a time in which everything has been inverted and perverted in relation to what most might describe as “normality.” If nothing else, every figure with whom he has been connected has self-destructed. Even his Sis, the ghost of Wendy reports, grew evil, continuing her parent’s experiments with the orphans; when Chance/Wendy left her, she circled the lighthouse lamp like a moth, combusting in her rage over  her lover’s flight.


But the brand Maddin suggests by his title is also a kind of lens through which he (the director) has come to see the world, a kind of “product,” the hokey grade-B horror and adventure stories he has grown up with, helping him—in the most positive sense—to pervert his vision of bland notions of normality.


In early showings of this film around the world, Maddin presented the mostly silent images accompanied by a live orchestra, Foley artists (sound artist, recreating the film’s sound effects), and an “interlocutor” or narrator (in the released CD, spoken by Isabella Rossellini), a role performed by various figures, including Crispin Glover, Laurie Anderson, Eli Wallach, John Ashbery, and Maddin himself—transforming the whole into a grand theatrical event that might make an impression on anyone entering the dark territory (with flickers of Poe, the Frankenstein story, Dr. Jekyll and Mr. Hyde, The Hardy Boy tales, images of Dali and Buñuel, and hundreds of other such works) projects onto our consciousnesses, actualizing the film’s unresolved truism: “everything happens twice.”