appearing to be what they are not
by Douglas Messerli

Paul Bern (screenplay, based on a play by Lothar Schmidt), Ernst Lubitsch (director) The Marriage Circle / 1924


Given the fast pace, quick cuts, and risqué subjects of many of Ernst Lubitsch’s early Berlin silent films, his second American production, The Marriage Circle of 1924, seems almost to be a slow-paced and somewhat prudish, furling out of a plot that, although in many ways is obviously inspired by the writing of Arthur Schnitzler, lacks the Austrian genius’ complexity and wit. The “marriage circle” of Lothar Schmidt’s play is a far more limited gathering of the hands than Schnitzler’s Reigen, and rather than focusing on the faithlessness of all involved, forces its erotic adventurers to rub up against the solid, stolid Brauns (Monte Blau and Florence Vidor), a newly married couple who are in obvious marital bliss. 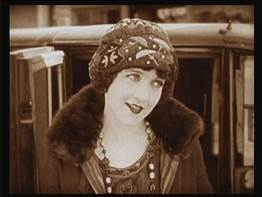 Some of the cinematic foot-dragging surely had to do with the fact that Lubitsch realized that he was no longer in Weimar Berlin, where audiences were eager for outré behavior, and used to the quick-witted, fast-moving farces for which he had become so noted. While these films might have played well in New York or, possibly, even Los Angeles, the vast Mid-Western, New England, and Southern US audiences were perceived as being far more prudish, with the director perhaps even imagining them as a bit slow-minded when it came to his sudden cross-cuts and unpredictable entries and exits. Certainly Chaplin, in the movie that perhaps most influenced The Marriage Circle, had begun to challenge those assumptions in his A Woman of Paris of 1923, but it is clear that Lubitsch felt safer on American soil using more conservatively dramatic techniques such as the long shot.
That doesn’t mean that this brilliant silent work doesn’t have the energy of his earlier works—in fact, it many respects it is simply a refined and clearer vision of what would eventually be described as the “Lubistch touch.” And the almost complete absence of inter-title cards, helped to pave the way for the cinematic techniques of the “talkies.”


The film begins with what one might described as the “naughty” couple, the coquettish and utterly selfish Mizzi (the marvelous Marie Prevost) and her justifiably irritated husband, Professor Stock (Adolphe Menjou), who has been so neglected that he can’t even find a pair of socks without a hole. In her morning dressing, Mizzi heaps his wrinkled clothes upon a chair, before tossing them haphazardly upon the bed; as he prepares to shave, she absconds with his mirror, preening her frizzy hair without giving her husband a thought. While she opens a drawer filled with nylons, in his drawer of the same cupboard there is nothing to be found but starched collars—not only a commentary of her neglect but, perhaps, his lack of sexual attentions to her. For Mizzi, clearly, is a woman of the flesh. With the help of her maids, she dresses in a snazzy, up-to-date, Klimt-inspired dress, ready to take on the world in her voyage around Vienna, while Stock, in frustration, returns to bed.
When she finally does leave the room, he again rises to sort out his limited possibilities, doing his exercises along the parallel of the wall. Angry with his behavior, and being clearly a woman who must have the last word, she renters the room (in another of this director’s notorious door-focused scenes), while Stock has turned vertically against the wall, bending over to display—far more discretely perhaps than in the great dance scene of The Oyster Princess, but just as obviously—his bum.


Mizzi is also the kind of woman who is not above bribing a taxi cab driver awaiting a paid customer, to steal away the ride. When the man who has hired the cab, Doctor Braun, discovers the cab about to pull away, he understandably complains; yet when he perceives the beauty of the thief, gallantly is prepared to give it up. The brassy Mizzi offers to share the cab, wherein she begins a flirtatious series events that ends up, in comic suspension, when she later discovers that the man in the cab just happens to be the husband of a woman friend she about to visit, Charlotte Braun. From a window, the Professor observes his wife speed off with the stranger, and determines to visit a private detective to follow her, prove her infidelity, and procure a divorce.


If the story lacks believability, it is in part because it is difficult to comprehend how these two such different women have come to be friends in the first place. Although the action of this work is set in Vienna, the Braun’s purposely are played more as Americans than Europeans, with Charlotte carefully and tastefully dressed in a manner that might have been appropriate to her Victorian mother. She is found singing Grieg’s “I Love Thee Truly,” while the vixenish Mizzi mocks her friend’s bliss. Once Braun himself shows up in her friend’s house, obviously the subject of his wife’s devotion, it is clear that Mizzi can hardly control herself: as a compulsive vamp, she cannot stop until she has won the sexual attentions of her friend’s husband.
Fortunately, for the sake of Lubitsch’s tale, the doctor is also a straight ace, deeply in love with his wife, and as the complications begin to pile up, he clumsily attempts to escape the coquette’s embraces, while merely getting caught up deeper and deeper into the coils of her plots. To perfectly balance the structural makeup of the characters, the playwright introduces a more comic, male version of Mizzi in the Doctor’s partner, Dr. Gustav Mueller (Creighton Hale), who is ready, at an appropriate moment, to sweep up Charlotte into his arms. Unlike Mizzi, however, Mueller is a piker, a boy-man who adores Braun’s wife with a puppy-love patience, taking advantage only when it appears to both Charlotte and him that Braun is cheating.


The joy of this film centers upon the scheming of Mizzi, which, at moments, almost appears to pay off, providing, quite obviously, a surreptitious joy to its American audiences, while unlike the director’s, punishes only the lecher, the coquette and her bored husband, and permitting the conventional, American-like pair to re-unite.
As some critics have noted, however, it is clear that Lubitsch (and perhaps the playwright) still sought the last laugh by having Charlotte attempt to teach her husband a lesson, admitting her own (quite innocent) dalliances with Mueller. Fortunately, Braun, now a “putz,” cannot believe them, laughing at the absurdity of the truth behind his wife’s back. In the innocence of their rigid moral values, the possibility of extra-marital affairs and the failure of this couple’s relationship is unthinkable, while we are left to wonder, what about the “next time” when people and events appear to be what they are not. How will they react, one wonders, if Braun is called to testify, as Professor Stock has promised, in the divorce proceedings?