Anatole Litvak | All This, and Heaven Too

the incredible story of my life
by Douglas Messerli

Casey Robinson (screenplay, based on the novel by Rachel Field), Anatole Litvak (director) All This, and Heaven Too / 1940

On her first day of teaching French at an American private school, Harriette Deluzy-Desportes (Bette Davis) suddenly encounters all the gossip and petti-bourgeoisie commentary about her  previously rumored affair with her employer Duc de Choiseul-Praslin (Charles Boyer) in France, gossip which she hoped to have left behind.
Her students, it is clear, are out to punish her every bit as severely as has the Parisian society. For a moment, she races back to the school administrator’s office, determined to abandon her new career. But the American minister, Henry Martyn Field (Jeffrey Lynn), who, unbeknownst to her, has recommended her to the school, has suddenly appeared, and the school’s administrator tells Hariette that Field had previously told her of Hariette’s notorious history. 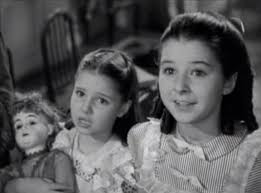 Both her friend and current employer beg her to return to the classroom, where, in a clear decision to direct the rest of the movie to the attention of young women (the symbolic equivalent of a movie theatre filled with sympathetically and, ultimately, weeping females) Harriette tells the long (nearly 2 and ½ hours) movie which explains the “incredible story of  her life,” as well as revealing her youthful longing and love, meant, quite obviously, by director Anatole Livtvak (who also directed such sympathetic “women’s films” as Sorry, Wrong Number and  Snake Pit) to be what today some call a “chick flick.”
Fear not, fellow male moviegoers, Bette Davis, despite her plain demeanor and highly controlled acting (she will get the opportunity to play a seemingly normal figure once again the following year in The Man Who Came to Dinner) seduces not only the children whom she is hired to educate, but their father, despite the fact the couple never do anything behind doors the Duc’s nearly mad wife (Barbara O’Neil) accuses them of, If this is a woman’s fantasy film, it is also the tale of a male trapped in a devastatingly destructive marriage that might allow any sympathetic heterosexual to imagine how he might wish escape the destructive bonds of his marriage vows.
The center of this film, however, gravitates to the Duc’s lovely children, the eldest Isabelle (June Lockhart)—who with character actor Harry Davenport (here playing the Duc’s groundkeeper) reverberates, at moments, with some of the tropes of the 1994 musical Meet Me in Saint Louis—Louise (Virginia Weidler, of The Philadelphia Story fame), Berthe (Ann E. Tood), and the youngest, Reynald (Richard Nichols). Hariette spends most of her time in bonding with these children, bringing into their previously strictured life a sense joy and being loved. Early on, sickened with diphtheria, the boy is saved by the attentions and nursing skills of Hariette.
Embittered by his everyday battles with the selfish Duchesse, it is hardly surprising that the Duc is taken with his new governess. The insanely jealous Duchesse, accordingly, imagines the worse, taking her troubles to wealthy father, who also owns their beautiful home. When the Duc unwisely takes one of his daughters and the governess to see the great actress Rachel perform, an event attended by the King, which draws nearly all in society to note who is sitting in the Duc’s box with him. A newspaper scandal ensues, and the Duchesse, calling her father to attend to the situation, enforces a separation between her husband and the governess, but limiting his visits to his children and commanding he attend numerous social occasions of the day with the Duchesse on his arm.
The plot interminably flounders in presenting encounters between the Duc and governess, their mutual respect and unspoken love rising with each momentary meeting. By this time the children have so bonded with Hariette that they can barely tolerate any attentions their most inattentive mother might wish to bestow upon them. And, as we expected, the situation finally festers into an outright dismissal of the governess by the Duchesse, with the promise to write a letter of recommendation if the girl leaves immediately.

Duchesse de Praslin: Mademoiselle Deluzy, just a moment.
Henriette Deluzy-Desportes: But madame, I'm supposed to...
monsieur's downstairs...
Duchesse de Praslin: Monsieur's downstairs, yes. I am here to
make sure that you understand this time you've gone too far,
mademoiselle. You are to leave this house into which you've
brought evil and sin!
Henriette Deluzy-Desportes: Yes, madame, there is evil in this
house, but it was here before I came. Twas not I who brought it.
Duchesse de Praslin: What intrigue there is beneath that mask of
innocence! It was not enough for you to be a governess! No, you
had to conspire to become the mistress of my household! To
steal from me everything that was mine, including the affections
of my children!


In a melodramatic farewell to the children, Hariette is abandoned to a world in which she is unemployable and where, without the begrudging gift of free food and boarding by an old friend, Mme. Le Maire (the always entertaining Helen Westley), she would surely starve.
Still unable to completely part from her, the Duc and his children stop by occasionally to visit Hariette, who as yet has received no letter from the Duchesse. When the busybody La Maire reveals to the Duc that Hariette has received no promised letter, he is infuriated, immediately confronting his wife with the information. She, in turn, taunts him with the existence of two letters—one a polite recommendation, the other a complete denunciation—neither of which she has written or intends to write.
Why the Duc himself cannot write such a letter in never explained (perhaps it was simply an unstated stricture of French etiquette or perhaps his father-in-law might have denounced him had he done so). It hardly matters since her mean-spirited behavior is merely one more example of a whole lifetime of abuse she has enacted throughout the film. One of the subtle tropes of the film is the Duc’s constant reference to what even he wonders might be signs of his growing madness, and this event brings him into a frenzy that makes it clear he has now reached that point: he strangles the Duchesse.
As a peer the city government cannot try the Duc, but Hariette is arrested as a co-conspirator. Given the growing hostility of the commoners against the government, the nobles, with the King’s blessing, themselves become determined to try their friend. Fearful that in their intense questioning he will be forced to admit his love of Hariette and, in so doing, bring his guilt upon her as well, the Duc takes poison, and despite a final attempt to get them together to confess a secret relationship, both continue to refuse any comment, ending, when the Duc dies, with Hariette’s release on account of no evidence.
Perhaps the weakest link in the entire film is the gentle friendship of the Rev. Field and Hariette, to whom he introduces himself as a stranger. Yet this slightly saintly figure finally convinces Hariette to escape to the US and, as I have already mentioned, helps her to find employment in the school where she closes this story—to great applause and sudden embracement of the classroom of young woman, presumably serving as an example of how the film’s audience should react to story as well. Having won her case before her student audience, Hariette and the Reverend, stand as the film flickers to an end, at the window, where he suggests that she will perhaps find a new life that will bring pleasure to her old age (the subject of a story she has told the Duc’s children early in the film). Although the movie goes no further, in real life the historical Hariette did, in fact, marry Rev. Field and, presumably, lived happily out her days.