On March 26, 2016 the Los Angeles Times carried an article by Ryan Faughnder on a substantial increase in religious-based movies in the US, something which, given my focus this year, I had also been noticing. Not only had works such as War Room, Risen, and God’s Not Dead appeared in 2014 and 2015, but a new film, Miracles from Heaven, produced by DeVon Franklin, a Christian believer who had been a former executive at Columbia Pictures, has just premiered, while Metro-Goldwyn-Mayer has begun production on a new, big-budget version of Ben-Hur. Actors, directors, and producers of films, according to Chris Stone, founder of the Christian advocacy group Faith Given Consumer, are increasingly perceiving the popularity of such faith-based films, but they are beginning to perceive just how  financially successful they generally are.
On this Easter Sunday instead of tuning in to the usual reruns of Ben-Hur, The Ten Commandments, The Robe, and King of Kings, I determined instead to watch Frank Pavich’s documentary concerning another kind of spiritually-centered work, which by coincidence I just received from Netflix, Jodorowsky’s Dune—a work that in the mid-1970s Hollywood refused to help produce, thus ending its possible existence. 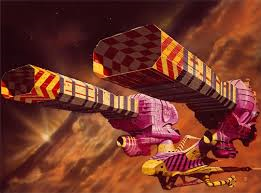 There is no question—even the highly sympathetic documentary makes this apparent—that Chilean-born director is highly eccentric in both his viewpoints and film-making. He almost makes a fetish of it, seeing in the popular and ground-breaking Frank Herbert science-fiction work Dune a vision that might allow him to bring a completely different kind of theater to both young viewers and old alike. Indeed, he went about the process of creating this enormously expensive project almost as a cult religious leader might, seeking out “warriors” to give up their current lives and to join him in France in a manner that often reminds one of Christ gathering his disciples. You have to be slightly mad, he admits, to make something as important as he was seeking to achieve. But, of course, to do that one needs an ego large enough to make others want to follow; some even describing their encounters with him as something akin to a mystical experience.
To tie this almost fanatical vision, moreover, to a science fiction fable might seem to many of us as simply insane, akin to something out of the world of Scientology. The mix is seemingly combustible before it can even begin to get made. There is little doubt that had Jodorowsky been able to actually make Dune so many years before Lucas’ Star Wars that our whole conception of the genre might have changed. And, obviously, that might have taken a great many admirers of science fiction and imaginative space travel into completely different realms. Indeed, as the documentary makes clear, even though his Dune was never made, the influence of Jodorowsky’s vision and techniques has been immense. But certainly one can question the importance of the genre in relationship to the message the director was attempting to present. Perhaps it might have resulted in a great entertainment, but would have it possibly represented the profundity he sought? To be fair, nearly all of Jodorowsky’s works are in some manner spiritual tales, including his earlier films El Topo and The Holy Mountain. But one does have to admit that, given his surrealist tendencies, a great amount of his film-making and, perhaps, even his theatrical works are also just kitsch acid trips.
Nonetheless, perhaps this “kitsch” vision might have totaled up to something more than its parts, and even the “parts” or the participant “warriors” represent a rather amazing grouping of talents. Miraculously and, often, so Jodorowsky suggests, by coincidence, he was able to bring together the remarkable illustrator Jean Giraud (Moebius)  with H. R. Giger and British artist Chris Foss as creators of his heroes and villains. Music by Pink Floyd (for the good guys) and Magma (for the evil ones) was to be combined with works by composers Henry Cow and Karlheinz Stockhausen.
The Emperor Shaddam IV was to be acted by Salvador Dalí (at $100,000 per minute of scree –time) with Dalí’s companion playing the queen. Agreeing to pay for his meals each day at his favorite Paris restaurant, Jodorowsky and his producer Gibon, cast Orson Welles as Baron Vladimir Harkonnen. (The director clearly perceives himself as another kind of shipwrecked Welles).
Jodorowsky’s son Brontis was chosen to play the film’s hero, Paul Atreides, and in preparation for the role was forced to endure intense studies in Kung-fu, sword-fighting, and numerous other martial arts. Even the director has to question what he was doing to his own offspring in order to create the figure he saw in his own imagination. For Jodorowsky, Paul’s final death was not just the end of a hero, in Jodorwsky’s version, but resulted in a transcendence of spirit that transforms most the central characters’ life, as each, very much as in the movie Spartacus, speak up to identify themselves as reincarnations of Paul.
When Jodorowsky and his friend Gibon, having spent already 2 million of the $9.5 million budget for story boards, sets and costume designs, were turned down by nearly every Hollywood studio for further funding, the vast production was winnowed down to a beautifully produced book representing Moebius’ drawings of nearly every camera shot along with lavish visual images of the would-be film sets and costumes by Foss and Giger that someone like Alfred Hitchcock might have envied.
Although it is tempting to see the Hollywood studios as small-minded monsters which ended all the ambitions of Jodorowsky’s grandiose enterprise, it is useful to remind ourselves that his final film might have clocked in at 14 or even 20 hours, and surely represented a financial expense far larger that he and his producers might have ever imagined. And while his vision was probably far ahead of its time, it might have been perceived today as a bit like some of Dalí’s works, personal, retarder images that are now perceived as a kind of garish notion of what were meant to be radically dissociative or even hallucinatory visions of dreams of the future.
The images we have of Jodorowsky’s imaginative work seem more aestheticized than radically innovative. The surreal today often appears not only as kitsch but simply as old-fashioned and corny, cartoon-like images, his somewhat Jungian theories, just as many of Freud’s psychological principles, having been challenged by clinical behaviorists and other contemporary psychological perspectives. Today, Jodorowsky’s movie seems like a film Ron L. Hubbard might have dreamed of producing.
Mightn’t it been wonderful, however, simply to have seen what Jodorowsky and his impossible believers, his “warriors,” might have produced? Like his earlier surreal films, it certainly might have been great fun. Even grand failures are often worth watching again and again. Maybe I will this afternoon revisit the silly pomp and circumstance of Charlton Heston’s parting of a jello sea, or the chiseled-faced Heston’s intense bromatic interchanges with the chiseled-bodied Stephen Boyd