Lillian Hellman’s The Little Foxes is one of those works that all Americans would love to believe is reality, even while its conventions and language rely more on melodrama and, at moments, something that would later be described as “black comedy.” 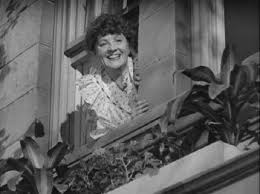 Both the play, and even more so, William Wyler’s film version, has all the myths Americans pretend to believe is their history: that the new South, as opposed to the “aristocratic” plantation owners were a breed of cut-throat businessmen without a thread of the grace and moral breeding of those ladies and gentlemen of pre-Civil-War South. Women of that period were either talented but slightly dim-witted weaklings (the character Birdie Hubbard, perfectly played by Patricia Collinge, might have come directly out of a Tennessee Williams play) or strong-willed belles who had to be properly controlled (actress Bette Davis had already played just such a figure in her previous role of Jezebel and Gone with the Wind had already immortalized Scarlet O’Hara).
All money-hungry Northerners (here played by Russell Hicks as William Marshall) were perfectly willing to collaborate with greedy Southerners to destroy what was left of the gentile Southern culture. Such myths fit perfectly with early 20th century American notions that the entire US culture had lost its stature and gentility, which both the world wars had exacerbated. Not so very different from some conservative views of the US culture today.
The fact that the Democratic slave-holding pioneers of the American South  never existed as anything that might even approximate a true aristocracy, and that, in fact, many figures of the New South business world actually transformed a moribund cotton culture into a far more civilized industrial society simply does not fit with the drama of clashing cultures and stereotyped visions of Southern belles and their beaus. The other version is simply a better story, as dramatists quickly realized. Certainly Hellman, born in New Orleans, and given her hit-them-over-the-head dramatics, knew a good thing when she saw it.


Hellman, moreover, brought in a slightly new element with which Williams might also sympathize, the notion that the strong-headed Southern belles often had been subject to male domination and were uprightly ostracized from the business worlds to which they might have been better equipped than many of their male siblings. Certainly, that was how the stage actress Tallulah Bankhead saw and played the role on Broadway, explaining away some of Regina Giddens’ vicious behavior as simply a way of surviving in such a cruelly male-dominated world as the one ruled by Ben (Charles Dingle) and Oscar Hubbard (Carl Benton Reid).
Whether it was Davis’ own decision or her director William Wyler’s—subject of much debate (particularly in Davis’ own autobiography)—the Regina performed by Davis turned this convenient dramatic expedient on its head, making Regina a woman who might have been at least an explicably realist figure into a truly powerful villain. I would argue, given Wyler’s history in his filmmaking of his moral indeterminacy as opposed to his clear devotion to aestheticism, that it was Davis’ decision. The important thing is that it transforms Hellman’s “give ‘em hell” theatrical into an almost operatic work (indeed Marc Blitzstein turned into into an opera), wherein the Kubuki-like whitened face of the former beauty, transforms Davis’ character into a moral monster of the most exaggerated of American spectacles.


Wellman and his writers also provided us with a further melodramatic foil in the young newspaper writer, David Hewitt (an appealing Richard Carlson) who encourages Regina’s impressionable young daughter, Alexandra (played by one of the favorite actresses, Teresa Wright), to question and challenge the world in which she has been sheltered, adding to the film an even stronger “good and evil” theatricalism than existed in the original play.
Hewitt is a true “hero” in that, even though his newspaper articles seldom get published, he continues to write the truth, while the citizens, ruled by the Hubbards-Giddens, are kept in the dark.
The center of this play and the only true “aristocrat”—at least in spirit if not in any real heredity record —is Regina’s dying husband, Horace (Herbert Marshall). If he is himself also a weakling, particularly compared to the lying and cheating Hubbards, he is intellectually and financially the more powerful, able—at least temporarily—to stop his wife from entering into any business deal with her brothers. Obviously, he cannot control his death—a kind of murder since Regina refuses to fetch his saving medicine—and after death he cannot prevent Regina, except through leaving his entire fortune to his daughter, from seeking revenge from her brothers. But his actions do, at least indirectly, reveal the truth to Alexandra in a way that nothing else might, as she realizes what her mother and her brothers have done—to both her father and the poor workers of her city.
If the lovely Regina of Bankhead’s performance at least achieves wealth and independence, Davis’ Regina has little left but her money. She will escape the South for Chicago without any personal future, no true grace, no remaining beauty, and few real talents other than the ability to “make a deal.” One can imagine her in a lavishly appointed home but with little of real value to satisfy her desires somewhat like today’s Donald Trump. While in Hellman’s original there is some value in power, or, at least, in the ability to achieve some status as a proto-feminist, in Davis’ bleaker portrayal, there is little solace in the life she has finally achieved. She has merely replaced her father as an even more intolerable Gorgon.
But by doing that, Davis has, most fortunately, taken the play out of any realist context and given it a more symbolic resonance. What was American myth has been transformed into a terrifying emblem of false American values. And the film version of The Little Foxes becomes something more of legend than a conventional realist performance. Davis’ look into the mirror late in the film, has all the power of Disney’s evil stepmother of Snow White and the terrifying blink at the moment of awakening in James Whale’s Bride of Frankenstein.