Linda Bloodworth-Thomason (director, based on the short film by Shane Crone, It Could Happen To You) Bridegroom: A Love Story, Unequaled / 2013
I have recently watched a series of films about young gay men who have difficulties coming out to their families, fellow students, and friends. All of these, including Edge of Seventeen, Get  Real, and The Way He Looks combine teen angst along with the difficulties of trying to negotiate homosexual feelings in the midst of primarily heterosexual worlds.  Linda Bloodworth-Thomason’s 2013 documentary Bridegroom: A Love Story, Unequaled, which I streamed on Netflix yesterday, also contains some elements of those painful events, especially for the young Montana youth, Shane Bitney Crone, who is at the center of this film. As a student, Shane, rejected by a friend whose parents were outraged over a rather innocuous letter he had sent his friend, Shane became depressed and even suicidal. Yet, in the end Shane’s mother and even his father, came round with open acceptance. 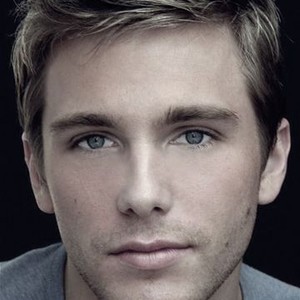 More accepting of himself, it appears, was an Indiana youth, Thomas Bridegroom, who was able to adapt to and was quite popular at a military school before attending the liberal Vassar, a boy who seemed extremely well-adjusted; his parents, however, refused to accept his sexuality, his father even threatening to shoot his son’s partner after his son expressed their relationship.


For all that, Bloodworth-Thomason’s film is not so much about the angst of teen love, but is far more about the difficulties gay couples faced simply by loving one another before the days of gay marriage. Most importantly, it celebrates the love of these two handsome young men Shane and Thomas, who after meeting in Los Angeles, immediately fell in love and lived with one another for six years.
Using self-made videos and photographs, the director and various relatives and friends share the joy of just being around this couple, particularly Thomas, a would-be actor (he did play in some small roles) who was clearly a charismatic individual who perfectly balanced Shane’s sometimes darker personality. Together the couple traveled extensively, to Egypt, Peru, France, and other international locations, affording their trips my camping out in inexpensive rooms and flying on bargain-priced flights. Their happiness together is revealed time and again in the very images shown in the film. The music, some of it sung by Shane and Tom is evidence of their talent, and is an important element in the power of the film.
Indeed, had they been able to marry in California at the time of their relationship and had they been able, as they wanted, to settle down, adopt a child and buy a dog, there would be no story to tell. Like thousands of beautiful young heterosexual couples, they would simply have lived, metaphorically speaking, happily ever after. With this singing talents and corn-fed good looks, Tom might even have able to make a name in films.


In 2011, however, while doing a photo shoot of a friend on the roof of their 4-storey LA apartment building, Tom accidentally fell to his death. Without a will or medical directive, Shane was not even allowed by authorities (some of them sympathetic nurses) in the hospital room to see his friend; Tom’s body was held until his mother flew in from Montana.
Back in his apartment, the dead man’s mother rifled through her son’s possessions, and, although she promised to keep in touch with Shane about the planned funeral, attempted to leave with the coffin without even saying goodbye. He was later disinvited, like the character in Christopher Isherwood’s A Single Man, from the funeral. When Shane months after visited the cemetery, he found his lover’s grave wedged between the waiting stones of Thomas’ parents, without any mention of his and Tom’s own relationship. It was as if Shane and Tom as a couple had never existed.
Although Shane and his friends later held a ceremony in Los Angeles for Tom, it could not resolve the pain of exclusion from all those important events which help people to resolve their grief. The following year, Shane released a short film, It Could Happen to You, via UTube on
the anniversary of Tom’s death. And that film, in turn, after Bloodworth-Thomason, a slight acquaintance of Shane’s, when saw that work, asked if she might expand it into the full-length documentary that bares Tom’s last name.
In some respects, obviously, this film is a kind of warning for all LGBTs living in relationships who have not yet married. And one can say, in retrospect, that this loving pair should have applied for a domestic partnership which was available in California before marriage became legalized; all couples should visit a lawyer, write wills and provide medical directives. But these protections are sometimes lost on youthful couples. Although Howard and I did just these things during those same years, we had already been together 35 years by the time Shane and Tom first met.
And there are other issues which this film did not address. Did Shane and Tom have shared bank accounts? Had they made any mutual investments? If so, the parents might have also claimed those. And, most importantly, how did Bridegroom’s parents react to this film? Did they ever see it, and were they at all shamed? Surely they must realize that, through this movie, Shane has regained his control over the memory of their son, while they retained nothing but the dead body?
In hindsight, what this film most reveals is the continued bigotry not only of people throughout the country like the elderly Bridegrooms, but the unfairness of our legal systems which surely should extend some legal rights to unmarried couples, particularly given the trends of people to live together before actually marrying or the increasing dislike of the marriage institution by others.
In 2015, when Shane showed this film in East Texas, a large group of individuals gathered in front of the theater to pray, presumably to save the souls of gay men and lesbians. They were surprised when, at the end of the movie, the young man invited them in to participate in the after film discussion, quite intelligently refuting some of their protests with the following comments.

I explained that while it's important to respect other people's views, I disagreed with the heart of their statement. "If all sins are equal, then it's hard for me to comprehend why an entire group of you would have an emergency prayer session outside of the screening of a film that tells a love story about two men. If you are willing to go to such great lengths to stop everything you're doing to try and 'save' everyone who came to the screening, shouldn't you be having these same kind of prayer circles around divorce attorneys' offices to 'save' people from acting on the sin of divorce?"
I can't understand why people go to such great lengths to shout from the rooftops that "Homosexuality is a sin and must be stopped!" when every single one of us is a "sinner" to some degree.
I am shocked by the amount of time, energy, and money people spend trying to deny LGBT people equal rights. Imagine if that same time, energy, and money were spent combatting world hunger or curing cancer; the world would be a healthier, happier place, I am sure.
Los Angeles, July 6, 2016
Posted by greenintegerblog at 9:27 AM