RACING TO NOWHERE
by Douglas Messerli

If you want to see a grim and often dreary film in which not much happens for long periods of time as the camera lingers over the openings and/or closings of various scenes, if you long for a film where 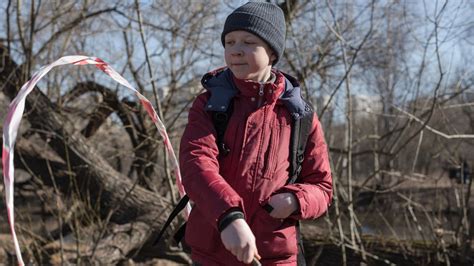 nearly all the figures—expect for the volunteer citizens who attempt to search for missing children—are truly loveless and endlessly selfish, then Andrey Zvyagintsev’s Loveless is a perfect choice. For, in this film, not only are the central characters, husband Boris (Aleksey Rozin) and wife Zhenya (Maryana Spivak) heartless and unloving as they attempt to break up and find love in what they perceive has a primarily loveless relationship, but they take their 12 year-old son, Alyosha (Matvey Novikov) down with them, openly expressing their opinions so that he can hear them behind a closed door; neither of them wants custody of him after the divorce, and they argue loudly over how to best put him in a boarding school or even an orphanage before sending him off to the Russian army. 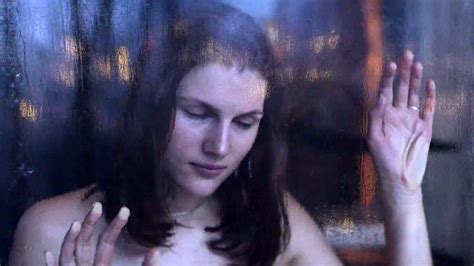 Is it any wonder that the child, as Zhenya describes him to total strangers who are considering purchasing their apartment, is always crying—as if somehow, she and her husband have had no hand in the boy’s sorrows?
Indeed, just before he disappears, after hearing of his own loveless situation, we see him hiding behind the bathroom door with a look of such horror on his face that it will remind you of Edvard Munch’s famous painting The Scream, even though his is a silent scream after basically having his heart pulled out of his body by his fighting parents. By the end of the film we discover that the intemperate Zhenya has had a similarly unloving Stalinist-era mother, who has verbally abused her since childhood; and although Boris’ mother has died before the film begins, we can only suspect, given how he treats and ignores Alexey, and later attends to his new son born to his girlfriend and later wife, Masha (Marina Vasilyeva), planting the overactive child back into its crib, was probably maltreated by his family. In this film the failures of previous generations have determined the heartless world in which the current survivors exist.
Is it any wonder, moreover, that the terrified Alyosha bolts, presumably to hide out in the basement ruins of an old resort hotel that looks like something out of Tarkovsky’s Stalker, in which nature has almost completely taken over the former, most like greedy, operators of the building? This

child’s world, it is apparent, is filled with just such “loveless” people as his parents. His mother has not  even checked on him for two days while running a hair salon, and hanging out with her older “lover” at nights—to whom she admits, he is the first person she has ever loved—but she seems almost momentarily relieved when she discovers from his schoolteacher that he has not been in school for two days; and the police she is forced to call—after her husband refuses to leave his job to help investigate—suggest they cannot truly begin a new case for a missing boy for some period; these runaway kids, the detective assures her, usually come back when they get tired and cold.
In fact, knowing that his boss, a religious zealot who fires any employee who isn’t married or even gets divorced, we can hardly blame Boris for not immediately leaving the office. He is terrified of the unemployment he later seems to suffer. And, to give him credit, after a horrifying meeting at Zhenya’s monstrous mother, whom they visit with the volunteer group looking for their lost son, literally forces her to leave his car after she brutally verbally abuses him, later on taking over most of the legwork required in the attempts to find Alyosha.
As I have suggested, if there are any real heroes in this movie, it is the volunteer group searching for the boy. Yet they too behave with a sense of cold, almost doctrinaire, unison behavior, obviously having found their role in the gap between the under-caring and under-funded police. At least they offer temporary possibilities, posting placards everywhere, calling hospitals, and questioning friends such as Alyosha’s comrade Kuznetsov, who leads them to the old, dilapidated hotel. There they do find the boy’s coat but discover no sign of the boy himself. When the  brigade hears of an unidentified dead boy, matching Alyosha’s age and hair color, who has evidently been tortured, both parents claim it is not their son—although we don’t quite know for certain, given the hysterics of Zhenya and her continued public verbal abuse of her ex-mate. Even the coordinator of the search and rescue team suggests that they should, perhaps, get a DNA test (some parents cannot digest the facts, he explains), but she so violently rejects that possibility while Boris breaks to uncontrollable tears, that we can suspect that the missing mole on the boy’s chest may simply be a ruse so that they do not have to accept the reality of their failures.
We can never know. And director’s camera continues to look and investigate every spot along the boy’s path, but we see only other people passing the new posters the good volunteers have put up, years after.
At film’s end, Boris seems trapped in a similarly unloving situation with his new wife, while listening to the Russian daily news which posits that the Ukraine is in complete chaos, and will not even allow in Russians to deliver new food, but simply kills everyone in sight—lies promulgated, of course, by Putin’s government.
Zhenya, with her new husband, appears equally unhappy, listening to the same news reports, and escapes sharing it with her lover by retiring to the balcony, where she exercises on a stationery running device. The last image of her, dressed in a Russian running outfit, is one of racing toward nowhere, simply running in place, surely an image that Zvyagintsev sees as the moral condition of Russian life. As the film’s producer Alexander Rodnyansky argues, the film was envisioned as a reflection of "Russian life, Russian society and Russian anguish.” Like many Americans, Zhenya, addicted to her cell phone, has lost complete touch with life.

Yet, despite all of this, Zvyagintsev’s film keeps searching, ending with a brilliantly beautiful scene in the woods where Alyosha visited in the movie’s very first frames. There we again see a piece of plastic that the boy had discovered in the first scene and thrown into highest branches of a tree. It waves still, almost as a banner, declaring the life of this young man gone missing, one of so many in the Russian world of missing young men. If the trees, the stream below, the ground, even the birds, seem icy and forbidding, they still remain as beautiful images in cinematographer Mikhail Krichman’s filming that in them we can almost understand this forest scene as a shrine for the young life, clearly lost.
The boy, we know, will never be found, not even if he has miraculously survived. The culture that has treated him as a discardable object has taken away his very humanity.
That explains, at least part, why this so very sad film was not only selected for The Jury Prize at Cannes, but as a final nominee for the Best Foreign Film at the Oscars.