the wrong side of history
by Douglas Messerli

Lacombe, Lucien only proves my contentions that there is something of a disconnect between French director Louis Malle’s characters and the way he portrays them. There is a kind of cold, almost documentary quality to his work that, despite the rich texture of colors and mastery of cinematography, which makes us unsympathetic to his figures. As Pauline Kael expressed this, in far more positive terms:

We look at Blaise’s [the untrained actor who plays Lucien Lacombe] face in a different way from the way we watch a trained actor. We look into it rather than react to an actor’s performance. The enigma 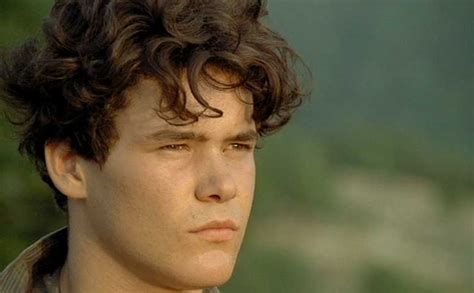 of a Lucien, whether he is a bullyboy of the right or the left, is the enigma of an open face and a dark, closed mind. Professional actors have the wrong kind of face for this sort of unborn consciousness, and they tend to project thoughts and feelings from the blank area. Blaise doesn’t, and we trust our readings of his silent face almost as if we were watching a documentary. We examine it in that way, and we’re more engaged than at most fictional films. There’s nothing about Lucien that one can take for granted. Even those close to him don’t feel close; his own mother (Gilberte Rivet, in a fine performance) isn’t sure how to talk to him. His incomprehensibility is a mystery we’re caught in, and Malle astutely surrounds Lucien and the girl with unfamiliar faces (actors from the theater, with little exposure in films), so that we won’t have past associations to distract us. By the end, the case of Lacombe, Lucien has been presented to us. We know the evidence on which he will be judged a traitor, and we’ve also seen how remote that term is from anything he’s ever thought about.

As Kael makes clear, this country bumpkin—who falls in love with the daughter of a Jewish tailor, Albert Horn, who is attempting to keep our of Gestapo sights, but nonetheless is forced to dress some of its men and women—doesn’t really intend to become a brutal traitor, responsible for many deaths; like so many Europeans, he simply complied to Nazi demands the same way he had been taught to comply with school teachers and the local bourgeoise. When he introduces himself to France Horn, he replies as he has been taught to, expressing his name with the conformance of a schoolboy: Lacombe, Lucien. Like so very many peasant bullies, he sees nothing wrong with taking out his slingshot and killing a beautiful bird singing out its heart in a tree next to the hospital where he scrubs floors. Chickens are kept to have their necks wrung, rabbits exist to be shot. As a farm boy, he sees no brutality in their killing. So how might he possibly be expected to comprehend the politics swirling around him?
If the head of the local Resistance Movement, a former school teacher who finds Lucien to young (and perhaps too stupid) to join, you turn to the Gestapo. Besides, their headquarters at the Carlingue are far swankier, and the perks, open liquor, well-coifed women, and a new suit crafted by Horn (Holger Löwenadler), along with what seems like a new friendship with the man willing to use Lucien’s knowledge of locals to his advantage, beginning with the arrest of the school teacher who turned Lucien down.

I would not describe Lucien, as does Kael, as another representation of the banality of evil—evil is never totally banal given its horrific results—but rather evidence of stupidity and rigidity of class distinctions which so often lay under those who embrace and accept that evil, much like those who strongly voted for Trump. Those folk are anything but banal; they specifically embraced the president’s politics of hatred because they, too, had been rejected and felt left out of the American Dream.
What you do have credit Malle for, if nothing else, is showing us a figure in France, during the German occupation who was a true collaborationist, and not secretly a member of underground which, after War II, nearly everyone claimed to have been. It nothing else, Malle is far more truthful than many another director. Yet, in presenting us with yet another kind of monster, he has once more alienated us from his central figures, risking us to care for his films. One might almost describe Malle, in some stranger manner, as the Bertolt Brecht of cinema. His figures seem to be heartless and unsympathetic rather than, as directors such as Renoir, Bresson, Resnais, and so many other French filmmakers, helping us to take them to heart, even if they are outsiders or criminals.
We may be fascinated by Malle’s criminals, wild innocents, burghers, and bourgeoise, but we seldom grow to completely like them. Lucien, we know from the start, simply chose the wrong cause, and as the director coolly announces in his end credits, he was executed as a traitor.