Although some critics might wish to describe the Godard work as a kind of romantic comedy, in its abstraction of the feminine figure, Macha Méril as Charlotte, and the camera’s almost mechanical analysis of her body, there is actually very little romance or comedy, despite the fact that the film begins with her lover, Robert (Bernard Noël), with whom she finds “pleasure” despite the fact she actually does love her husband, Pierre (Philippe Leroy) more, and serves as a fairly good mother to his son, born to Pierre’s first wife. 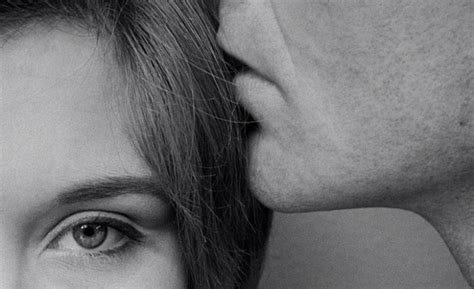 Both men want her exclusively, which she refuses, demanding the same rights the French men have often assumed, to be able to have both a wife and a lover. Robert pleads with her to divorce Pierre and to marry him, while Pierre has previously had her followed and discovered that she was seeing Robert. What he doesn’t appear to know is that she is still seeing him.
The story of the Godard work is slight, amounting primarily to a final reckoning up Charlotte’s discovery that she is pregnant (without the knowledge of which of the two men is actually the father); the director makes it quite clear early on that of two, Pierre is the better man, a devoted father, an intellect, and an adventurer, while Robert is simply an actor. And it is that fact the finally most influences Charlotte’s decision to give up pleasure for love. 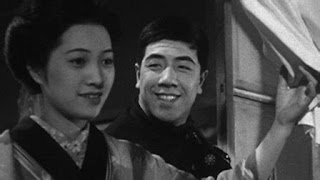 The important thing about the film is the intellectual underpinnings of the work, particularly in the way Godard presents the different viewpoints of his characters. In a radical storytelling device, the director studies the relationship between love, sexual pleasure, and conception. Pierre, who argues that we must never forget the past, has a firm moral ground, particularly in connection with his attention to the Holocaust. Charlotte, on the other hand, lives and acts primarily in the present, not always knowing why or what she is attempting embrace. It is Pierre’s filmmaking friend (Roger Leenhardt) that argues for conception, that the two, past and present, need to be arbitrated, compromised so to speak. A fourth set of views is spoken by their young son, Nicholas, who seems to argue for the future: you desire something and then set out to achieve it.
Of course, all these views are needed simultaneously to live a full life. And it is only as a family, working together that we perceive the complete being living with knowledge of the past, a lust of the present, and a vision for the future, and is for that reason alone that the “married woman” remains just that.
The other remarkable aspect of this film is Godard’s presentation of the media’s notions of womanhood.  Everywhere Charlotte goes, billboards and magazine ads call out for an idealized and male fantasized vision of women, women with perfect breasts, with desired bodyweight, and who wear the proper clothing. Her maid even expects her husband to be a kind of beast, and two young girls whom Charlotte encounters in a café discuss what to expect from the boys when it comes to sex, the more knowledgeable of the two arguing that the girl simply must be compliant. Is in any wonder in such a sexist world that Charlotte seeks equality, that she may seek a way to meet her own desires for pleasure.
At film’s end, we have no way of knowing whether or not she might gain that equality. Yet, it appears she has learned about herself in her affair that she might bring to her relationships with her husband and children, certainly if that second child is a girl.
In the end, it is Godard’s visual analysis of the problems of his hero that make this movie such an excellent piece. As in so many of his films, Godard creates a structure that works perfectly in tandem with its themes, in this case, the problems “the second sex” face in a patriarchal society.
It’s odd that as early as 1933, Naruse as analyzing similar concerns; perhaps not so very odd, however, given his lifelong commitment to showing the lives of women under harsh conditions.
Like so many of his characters, the hero of Apart from You, Kikue (Mitsuko Yousikawa), and her friend, Terugiku (Sumiko Mizukubo), work to support themselves and their families as geishas. Neither of them enjoys their employment, and Kikue, in particular, is growing older and secretly being called by some of her customers, a “crone.”
Yet Kikue must continue to work simply to support the education for her young son, Yoshio (Akio Isono), and Terugiku sends money home to her family since her father (Reikichi Kawamura) is a drunkard. Both, however, are given no credit for their selfless acts. Yoshio, shamed by his mother’s profession, has joined a violent gang and has been skipping school for several days. When she returns to her home for a visit, Terugiku is verbally abused by both mother and father, and learns that they now are about to send her younger sister into prostitution as well.
Only when the gentle and beautiful Terugiku takes Yoshio with her on her visit to her ocean-facing home that he gradually perceives how difficult life is, not just for her, but for his own mother. He returns home recognizing that his mother is a kind of hero, while Terugiku plans to leave her job to make certain that her sister is saved from having to play the same role.
Again, as in Godard’s film, it is males who define the terms with which the women must compromise. Yet it is the women who are truly in control of their lives, making sacrifices for those around them. Like Godard, Naruse represents his women as the true heroes, while presenting the men as weak and selfish.
If males imagine that they define the worlds in which they live, both directors reveal that they are living a lie. Or, perhaps, it is simply that women are so much more skillful at pretending.