Steven Cantor | Dancer and David LaChapelle | Take Me to the Church

Ford Maddox Ford begins his great novel, The Good Soldier, with the statement "This is the saddest story I have ever heard." In many respects this is an ironic statement given the near perfect life the central character Captain Edward Ashburnham leads. But it haunted me yesterday while watching Steven Cantor’s documentary of the amazing Ukrainian-born dancer, Sergei Polunin, titled simply Dancer. The movie and its haunting sense of sadness is still with me this morning as I write.
In the south Ukraine city of Kherson in 1989, a basically working-class city, there was little opportunity for advancement. But Polunin’s mother, as Sergei himself has admitted in an interview with BBC Television, was a visionary, who imagined something else for her child. He began dancing at age 3, along with a training in gymnastics in which he was also talented. But when it became clear that he was a natural dancer, Polunin’s father immigrated to Portugal, and his grandmother to Greece to get better jobs in order to support Sergei’s training at the famed ballet school in Kiev, a very expensive proposition.

Indeed, much of this film is about immigrants sending back their paltry wages, sacrificing everything for the betterment of their children, a centuries’ old pattern that seems to have been forgotten or willfully ignored today. Most American families had just such parents, who lived their own lives simply with the hope of helping the next generation to be better off than they had been. Even Polunin admits he did not quite comprehend the sacrifice his family made in for him to become such a remarkable dancer.
Even as a teenager, Sergei was an amazing performer, eventually showing such talent that his mother realized that he had to study at a more renowned institution, in this case the Royal Ballet in London. It is so touching when mother and son can hardly find the audition venue, buried as it was within, as they describe it, a park. Still, they did find it and, after waiting for weeks to hear, he received a grant from the Nureyev Foundation to study there—and at the shockingly young age of 19 was appointed their principal male dancer. 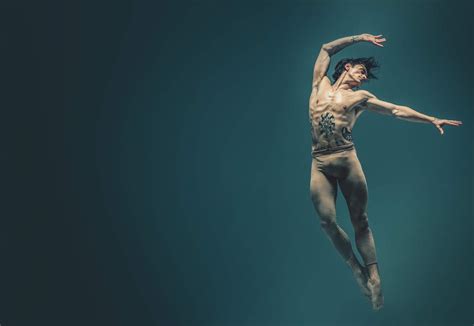 Talent he had, and crowds of admirers crowded into his performances, asking him to sign their programs, to take selfie photographs, or just to ogle the beautiful dancer. I think it is difficult for even a viewer of Cantor’s quite revealing film to comprehend just what kind of life such a dancer must lead, working 11-12 hours every day without being able to question the ballet-master’s or choreographer’s instructions, being drilled even as he had as a child in gymnastics and ballet movements without any possibility but executing them precisely. And Polunin was still an obedient child, despite the fact that as a young man he naturally began to experiment with tattoos, drugs, and other forms of rebellion, which resulted in him being described as the bad boy of dance. But even he, as he righteously argues, never missed a performance or a rehearsal. He had become at age 20 a kind of automaton, a beautiful creature who could wow the crowds with his Giselle, Spartacus, and other traditional dances.
His sacrificing mother was not even allowed to view his performances, and, moreover, could not afford the trip from Ukraine to London to see them. When she and the long-separated father finally divorced, something clearly snapped in his personality. If the goal all along had been to provide hope and financial stability to his family, there was no longer any family there. As one of his dancer friends reminds us, Sergei was just 22 when he decided to abandon his illustrious career.
At the very same age, I abandoned college for a year to explore my sexuality in New York City—without even telling my parents where I’d gone. As Polunin himself admits, I was playing games with the press without comprehending what that meant. Now branded as unreliable, he was unable to reenter the ballet world which he still loved.
Returning to Ukraine, Polunin determined to perform one last dance, this filmed by friend David LaChapelle, of Sergei dancing, bare-chested, without the powder-puff covering of his several tattoos of his self-choreographed version of Hozier’s bitter “Take Me to the Church”:

"We were born sick"
You heard them say it

My church offers no absolutes
She tells me, "Worship in the bedroom"
The only heaven I'll be sent to
Is when I'm alone with you

Danced in a skin-colored half leotard, Polunin alternates between floor-bound rolling’s and sudden bursts of air-flight (the only way to describe his astonishing tombés, pirouettes and Tour en l’airs). This is a somewhat angry dance, a kind of war-whoop that expresses his issues of control and worship, while subtly mocking the world that determines such values. It became a YouTube phenomenon which recharged his career. 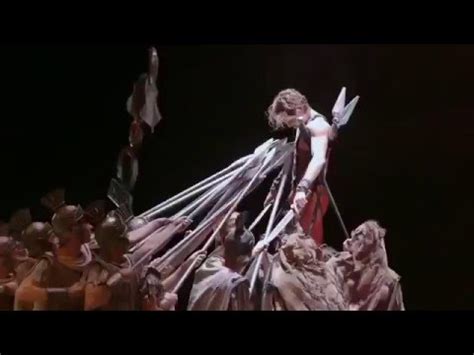 Even though he had to detour to Russia, Polunin is now a guest artist in many major European companies, planning a performance with his girlfriend, the ballerina Natalia Osipova, in New York late 2018. And he is also now working at an attempt to help dancers to seek agents and other negotiators to help them from being so bound to the theaters in which they dance.
So, perhaps it is not the “saddest” tale one can imagine. Yet, this beautiful young man, who still loves the craft he had so definitively been trained to achieve, seems to represent a sort of very sad life, with his youth—like so many ballet dancers, musicians, singers, athletes, or even young maniac publishers like me (I too danced, sang, and played an instrument)—whose very talents do not permit them to live a normal life. Fortunately, I now realize, I was not as talented, and did not have parents willing to give up their lives for my own.

Posted by greenintegerblog at 10:41 AM